The European Space Agency's (ESA) Ariane 5 has a heavyweight reputation in the commercial launch sector, and its 2011 lift of the 20.06-tonne Automated Transfer Vehicle (ATV) Johannes Kepler - carrying supplies to the International Space Station - showed it has the clout to mix it with the big boys. 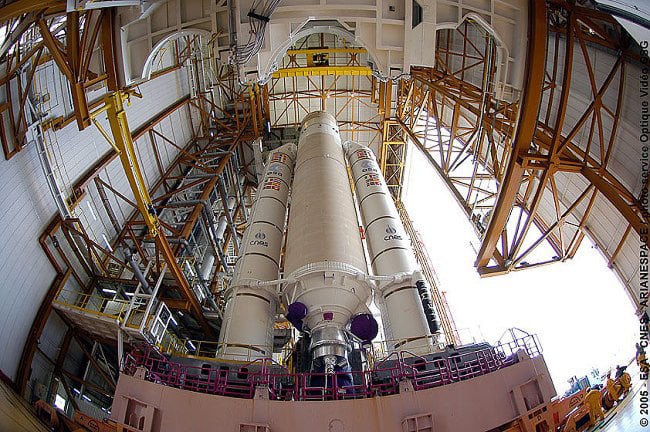 Ariane was spawned in a 1973 agreement between France, Germany and Britain. While the the 1-4 models evolved from ICBM technology, the 5 series represented a virtually complete redesign intended for tasks such as carrying the proposed Hermes spacecraft into orbit. The Evolution Cryotechnique type A (ECA) variant, seen above, is a satellite-lifting workhorse capable of hefting 10 tonnes, while the more powerful ES (Evolution Storable) model is responsible for ATV duty.

Since 1996, the Ariane 5 has performed 68 launches, with four failures. It relies on LH2/LOX for single main and second-stage engines, backed by two SRBs.

These boosters are - in common with those from the space shuttle programme and small motors regularly used by amateur rocketeers - packed with ammonium perchlorate composite propellant (APCP).

This is a solid mass of oxidising ammonium perchlorate and aluminium powder, held in a binder - commonly hydroxyl-terminated polybutadiene (HTPB), which is also a fuel in its own right for some hybrid rockets.

In the case of the Ariane 5, the boosters provide 92 per cent of thrust at lift-off, with each burning 138 tonnes of APCP until separation at an altitude of about 60km.

SRBs provide plenty of bangs per buck, although their obvious disadvantage is they can't be turned off once you hit the igniter button.

APCP will continue to give the Ariane 5 a leg-up for the foreseeable future. The ESA hopes to have an "ES Galileo" version of the rocket ready by 2014, able to put four Galileo global navigation system satellites into orbit in one hit.

Since its establishment in 1969, the Indian Space Research Organisation (ISRO) has overseen the subcontinent's advance from its first satellite - 1975's Soviet-launched Aryabhata - to the 2008 Chandrayaan-1 lunar orbiter and impactor mission. 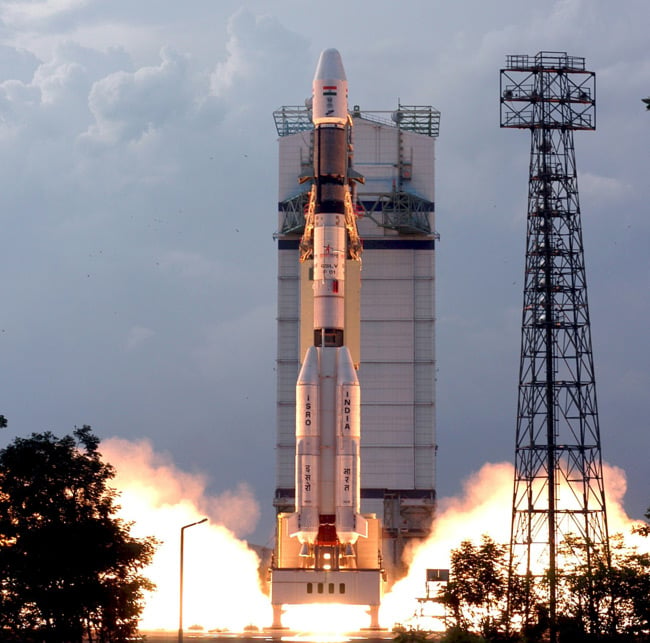 The PSLV's range of thruster types is interesting. The first stage boasts "one of the largest solid propellant boosters in the world", tipping the scales at 139 tonnes of fuel. It's assisted by six strap-on solid propellant motors, four fired on launch and two in the air.

The second stage "Vikas" engine is a N2O4/UDMH unit, while the third is once again fuelled by solid propellant. The fourth stage has two engines fuelled by the hypergolic reaction between monomethylhydrazine (MMH) and nitrogen oxides.

The three-stage GSLV has the same solid propellant first stage as the PSLV, but with four Vikas engine boosters strapped on. The second stage is propelled by a single Vikas engine, and the third has a liquid hydrogen/LOX motor.

In 2007, the country announced it will put a pair of astronauts into a seven-day low-Earth orbit in 2016, thereby becoming the fourth nation in the extra-atmospheric manned mission club.

Japan's first forays into space - such as its first satellite Ohsumi, launched in 1970 - relied on purely solid rocket motor technology.

However, as the Hayabusa probe blasted off en route to the Itokawa asteroid in 2003, propelled by a M-V solid-fuel rocket, the country was struggling to get its HII liquid-fuelled programme off the ground.

The National Space Development Agency of Japan (absorbed into the newly formed Japan Aerospace Exploration Agency - JAXA - in 2003) suffered two early failures of the LH2/LOX rocket, and it wasn't until 2005 that a HIIA model enjoyed its first successful flight. 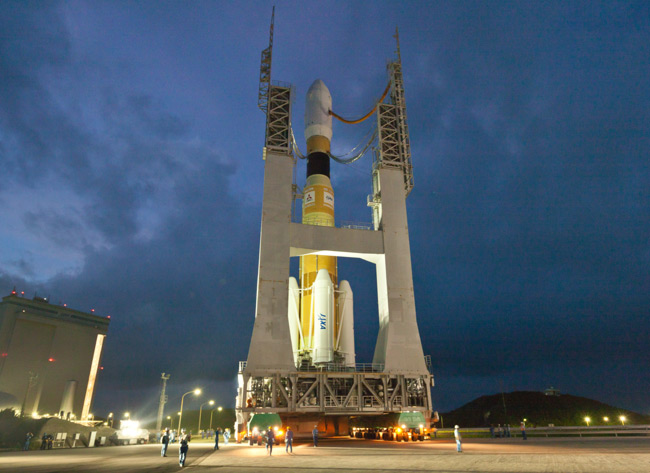 The HIIB's maiden flight was the 2009 H-II Transfer Vehicle (HTV) mission to the International Space Station, in support of the orbiting outpost's Kibo laboratory.

According to JAXA, the HIIB's two primary roles are HTV operations and multiple satellite launches. The HIIA is also capable of lifting multiple kit, as it showed back in January when it deployed two satellites, including the Information Gathering Satellite (IGS), designed to warn of hostile missile activity.