With its tried-and-trusted Soyuz system, Russia is currently the only nation able to deliver astronauts or cosmonauts to the International Space Station (ISS). The venerable Soyuz lifter dates back to 1966, a development of the Vostok rocket family, which in turn evolved from the world's first ICBM - the R-7 Semyorka. 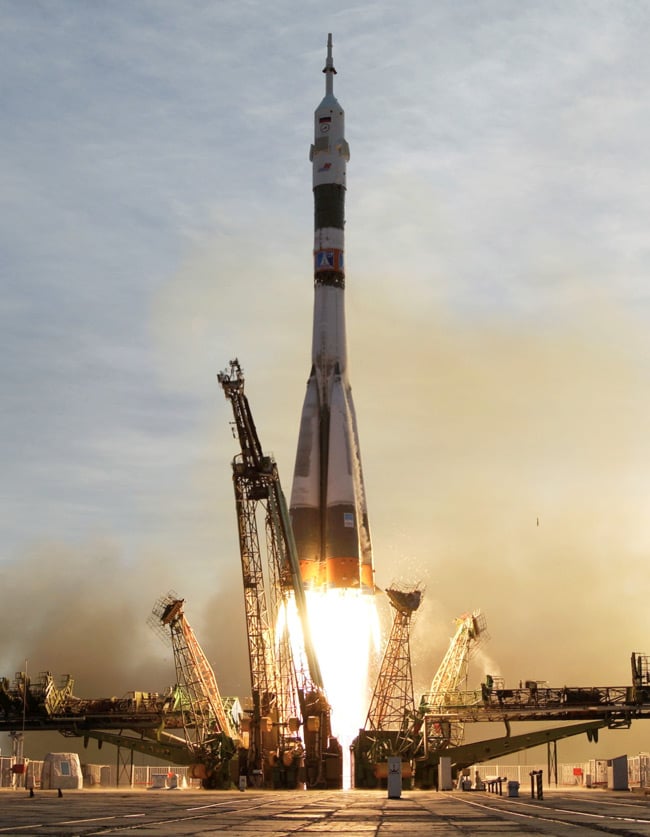 Soyuz TMA-5 spacecraft blasts off from Baikonur Cosmodrome in Kazakhstan on October 14, 2004, carrying astronauts to the space station

With over 1,700 lift-offs under their belt, the Soyuz's kerosene/LOX engines have proved a reliable and economic means of getting off the ground. The vehicle has six motors, one for each of the second and third stages, with four bolted to the second-stage core in their familiar conical housings. The Soyuz-2 variant has an optional N2O4/UDMH third stage, allowing it to launch satellites into higher orbits.

Soyuz's long career has not been without its low points. In August 2011, an unmanned Progress vehicle was lost after a rocket malfunction delivered it to Siberia rather than the ISS. In January this year, mindful of Soyuz's creaking bones, the Russian Space Agency (Roscosmos) announced it would spend £43bn on an "energy transportation module with a promising propulsion installation that will be ready for testing by 2018".

In the meantime, Soyuz will slog on, as will the long-serving Proton heavy lifter, which mostly earns its keep as a commercial satellite transport. 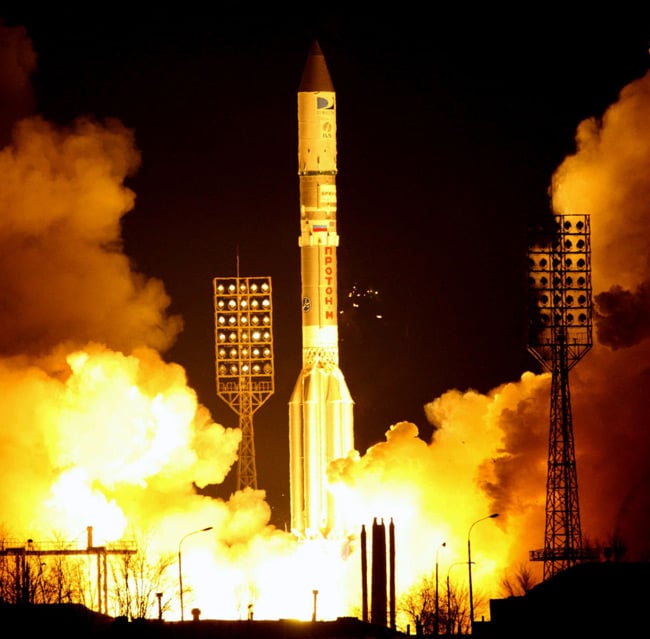 A proton carries the DIRECTV 12 satellite aloft in 2009

The Proton's maiden flight was in 1965, after the Soviet Union scrapped its initial plan to use the design and its N2O4/UDMH powerplants as a "super ICBM".

No less than ten hypergolic motors - six in the first stage, three in the second and one in the third - give the current Proton M variant the capability to lift 22 tonnes to low Earth orbit, or 3.2 tonnes into geostationary orbit.

The Proton is slated to be replaced by the Angara 5 rocket - part of a family of various lifting capacities built on a kerosene/LOX-powered "Universal Rocket Module" concept, where more modules bolted to a common core provide more lift. The second stage will carry either a kerosene/LOX motor, or the Proton's N2O4/UDMH engine.

Over the past couple of years, there's been less talk about what the United States can do in terms of rocket lifting, and more focus on what it can't do.

Following the retirement of the space shuttle, America no longer has the capability to put people into space, and relies on the Russian Soyuz to do the job.

While it works on a homebuilt alternative, though, it's business as usual for the US tech sector charged with aerospace grunt work. The Atlas V has been a quiet success story since its first flight in 2002, suffering just one anomaly (early shut-off of its Centaur upper stage motor) in 37 missions. 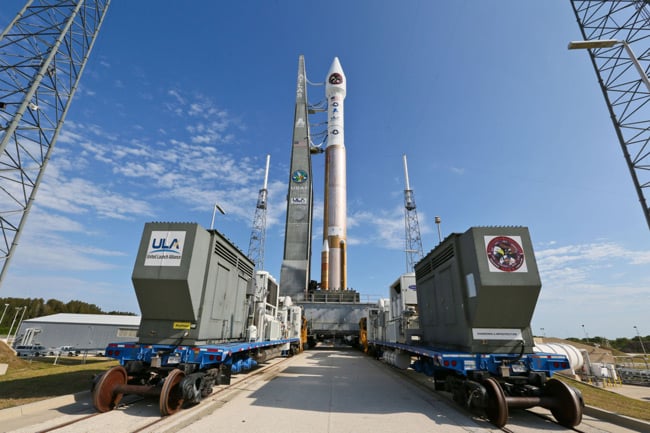 The Atlas V is built around a "standard common core booster", around which up to five SRBs can be bolted according to requirements. The core comprises a Russian-built RD-180 keresone/LOX engine and Centaur second stage.

The Centaur commonly packs a single LH2/LOX motor, although two is an option if required. The 552 configuration (5.4m wide payload fairing, five SRBs and two Centaur engines) has the power to raise 20,520kg into low Earth orbit.

Plans are afoot to bring the Atlas V up to NASA "human-rating" standards. Boeing is eyeing the rocket as a lifter for its CST-100 (Crew Space Transportation) capsule, for private space flights and trips to the International Space Station.

Snapping at Boeing's heels in the race to get astronauts back into orbit on US-built kit is SpaceX, whose Falcon 9 has made headlines of late by successfully launching its unmanned Dragon capsules to the ISS, and successfully returning them to Earth. 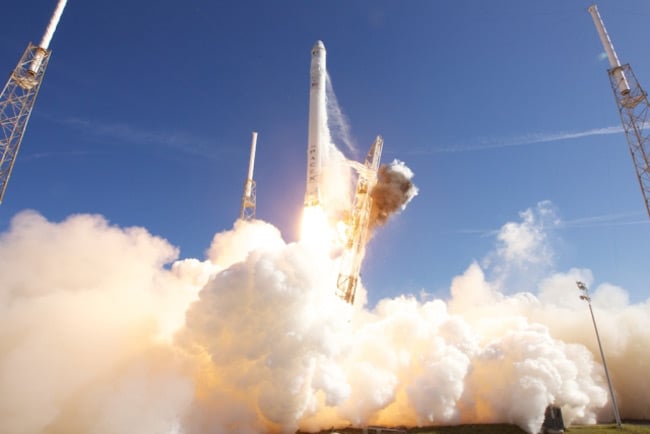 The Falcon 9's power comes from nine kerosene/LOX "Merlin" engines in its first stage, and a single Merlin in its second. Since the second stage is simply a scaled-down version of the first, with both sharing common components, SpaceX reckons the resulting construction savings are reflected in the rocket's "lowest cost per kilogram to orbit". For those considering sending something aloft, the company offers fixed-price launches for a modest $54m.

Drink the Devil's venom? No thanks...

This quick trip around the world of big-lift rocketry indicates we shouldn't expect any ground-breaking advances in the near future, at least on the fuel front.

That SpaceX relies on a simple blend of kerosene/LOX is significant. It's tried-and-trusted stuff, used for years on Soyuz and Atlas, and now proposed for the Russia's Angara rocket family, which will replace the hypergolic-powered Proton.

Similarly, China looks set to make the switch from hypergolic juice to kerosene/LOX for future models in its Long March family, with LH2/LOX powering the final stage, in common with the Atlas V's Centaur.

Accordingly, liquid hydrogen/oxygen mixes have a assured place on the launch pad - albeit with the problems associated with cryogenic fuels. SRBs, meanwhile, will continue to be the low-cost powerhouse of choice for going that extra mile.

In the end, though, for all the advances in design, composite materials, and control and computer systems, getting into orbit is still basically a matter of injecting a flammable substance and oxidiser into a combustion chamber and putting a match to it. In that sense, the Falcon 9 is simply a V2 with less sinister aims.

In the next part of this series, we'll investigate technologies offering an alternative to the rocket, and ponder whether we'll ever escape Wernher von Braun's long shadow. ®