Biz lords who rule the collective memory of the race 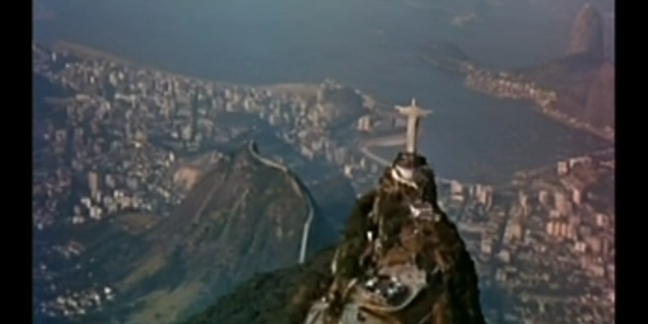 Who are the ten most influential storage bosses? It should be an easy list to make but what do we mean by influential and should they be currently in post?

"Influential" means more than that just "our customers have bought boatloads of our kit!" An influential company's competitors have had to react to its products and strategy as well.

To create a cut-off we'll insist that our influential leaders are currently in post, which rules out people like Michael Klayko, who recently resigned from Brocade after leading the consolidation of the SAN networking industry.

Other great leaders of the storage world ruled out by this include John Coyne, who led Western Digital past Seagate, and Evan Powell, who powered ZFS-using Nexenta to its current prominence.

That said, who are we putting on our list? In reverse order we have...

10. Dropbox founder and CEO Drew Houston who spurred on the file sync'n'share market via a nifty consumer-friendly cloud store. All manner of established players and startups scrambled after Dropbox to create something more secure, more enterprise class, cheaper, whatever but Dropbox sails on serenely leaving crap competitors like Apple's iCloud in its wake. Now Amazon, in whose massive (and cheap) vaults Dropbox stores its customers' files, has followed suit with its me-too, Dropbox refreshed Cloud Drive

9. Don Basile, the CEO of all-flash array startup Violin Memory. Basile came to the CEO's post after being ousted from Fusion-io, the PCIre flash card hardware and software start-up, and, some would say, has a flash chip (geddit?) on his shoulder as a result. Violin showed that all-flash arrays had great speed advantages over disk drive arrays, in data access terms, and were also affordable. Many all-flash array startups and several hybrid array startups have been influenced by Violin and are trying to do array storage better.

7. Werner Vogels, the CTO of Amazon, is the forward face of Amazon's efforts to destroy the mainstream storage supplier business model. Stick your data in the cloud! Give us every last byte of your data, they say, and we'll store it cheaper, better, more securely, more conveniently and with simple provisioning. Like a lake's algal bloom, it's growing into a monster, an unstoppable monster starving the waters for other fish.

6. David Scott runs HP's storage business after that company bought 3PAR when he was its CEO. Now he heads up StorageWorks, re-branding HP's storage product landscape and ending the agony of EVA users by adding an all-flash array under the 3PAR/StoreServe data management comfort blanket. He's also the potentially lucky guy presiding over Memristor storage products. The canny and genial Scott is not to be under-estimated.

5. Stephen Milligan is the CEO of Western Digital, having led Hitachi GST when WD bought it. Milligan inherited John Coyne's crown and has given WD super-storage technology, like a line of SSDs co-developed with Intel and sprung helium-filled disk drives onto the market, promising significantly higher capacities in the same physical enclosure. If this works then WD/HGST has a significant edge over Seagate and Toshiba.

4. Jack Domme, the CEO of Hitachi Data Systems, has taken HDS and led it under the overall Hitachi umbrella, bringing a dose of western pragmatism to the cautious Japanese storage subsidiary. HDS is one of the top five storage array suppliers, the others being EMC, NetApp, IBM and HP. The purchase of BlueArc and its hardware-accelerated NAS arrays was a landmark event and HDS's current file, block and object storage strategy is arguably leading the unified storage field. HDS' in-house flash controller will, if its endurance claims pan out, put HDS in a good all-flash array and PCIe flash card position.

3. One company is leading the PCIe server flash card revolution and that is Fusion-io, led by co-founder David Flynn. As fast as competitors bring out me-too PCIe flash card products Fusion-io is sprinting away from them, bringing out higher capacity cards, managing OEM contracts better, developing clever software to bypass a server host OS's lumbering disk IO sub-system and crafting eye-catching marketing initiatives, like getting 9.6 million IOPS from a single flash card. Fusion-io is the server flash company to beat.

2. Steven Lukzo leads Seagate, now the second-largest disk drive company in the world. As its chairman and previous CEO he has played a pivotal role in the consolidation of the disk drive industry to its current three-player situation. Seagate has been in tape storage, has a division in cloud back-up storage in the shape of EVault, and is moving into solid-state storage with its Pulsar line of products. Can Lukzo lead Seagate to success? If he can, then he'll have sealed a place in the pantheon of truly great storage leaders.

1. Guess who? It's got to be EMC's chairman and CEO Joe Tucci. His accomplishments (apart from the minor one of rescuing EMC when he first became its CEO), include such things as buying Data Domain and destroying NetApp's disk-to-disk backup and virtual tape library strategy at a stroke, as well as turning Data Domain into a million dollar business. EMC pioneered the use of flash storage in arrays, which now every other storage array supplier is doing. Big Joe T turned EMC into an acquisition machine, with notable purchases including VMware, Greenplum, Isilon, and XtremIO.

Then there's the converged systems VCE company, set up with Cisco and VMware. There's also the private and public cloud storage idea ... and who could forget EMC's championing of Big Data?

Tucci has amassed an industry-leading depth of talent at the top of EMC; with Pat Gelsinger at VMware, Paul Maritz at the Pivotal Initiative, and David Goulden as COO and president of EMC, hoping that when he goes EMC will stay at the top of the storage business. Joe Tucci is known as the Godfather and is, El Reg asserts, the single most influential storage leader in the business today. ®