Holding back the years

One of the most iconic photos from the history of Microsoft, featuring a lanky young Bill Gates perched next to his coding mentor (the way he tells it) Paul Allen, has been recreated at Seattle's Living Computing Museum. 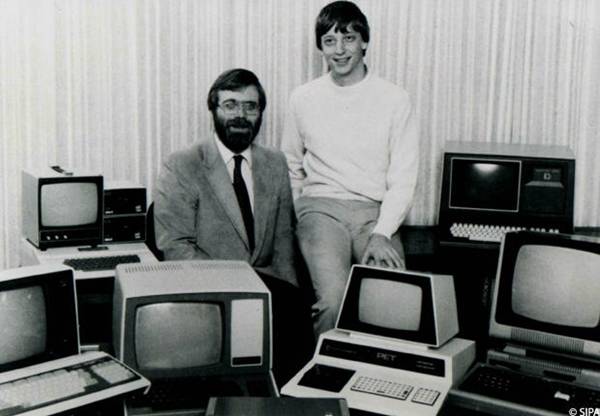 Stand back ladies, form a line

In a 1981 publicity shot for the then virtually unknown software company, a very young-looking 26 year-old Bill Gates slouches next to a bearded Paul Allen, who looks every one of his 28 years and then some.

Back then Microsoft had just reincorporated as Microsoft Inc. based in Washington State – away from its New Mexican roots – with Gates as president/CEO and Allen taking the executive vice president role, while Steve Ballmer was a pushy four-month employee who had been to college with Bill for a while.

The photo was taken two months after the two had signed a deal to deliver an operating system for IBM's business PC, but before anyone else in the industry knew about it. The deal, which was to prove the fountainhead of Redmond's fortunes, was completed thanks to Microsoft buying an operating system from the Seattle Computer Products and rebadging it as its own.

That deal made both men (and a few other people as well) billionaires, but at that point the cracks were already starting to show. According to his autobiography "Idea Man", Allen felt that Gates was trying to dilute his shareholding in the company and was overruling his ideas. In 1982, Allen was diagnosed with Hodgkin's lymphoma and withdrew from the company.

Allen used a fraction of the funds from his Microsoft shares to preserve historic computer systems for public use at the Seattle museum. After Gates popped along for a closed visit to the museum, he and Allen posed for a new shot, which was posted on Twitter; both participants look considerably more stylish than they did 32 years ago. 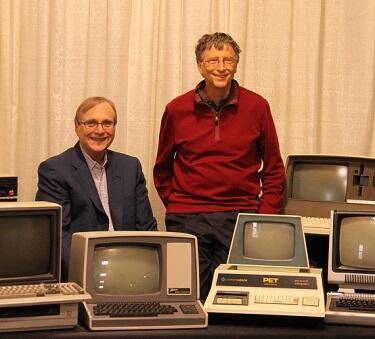 Amazing what a few billion dollars can do

Among the systems still surrounding them are an Apple II with twin drives and an ancient monitor in the top left of the picture, with a Commodore Pet below Bill Gates. Readers who can identify the other systems, please let us know in Comments. ®

In the virtual corporate world, slackers have nowhere to hide
SaaS2 Feb 2023 | 47