God of War: Ascension: all a bit hit and myth

Oh Kratos, cheer up for goodness sake, it really can’t be that bad can it? Oh what’s that? Wife and child killed, pursued by the Furies, and on what can only be described as the ‘wrong’ side of Zeus? Hmm, maybe it really is that bad. But that’s still no excuse for having failed to crack a smile in any of your adventures so far.

Ascension is, to all intents and purposes, God of War by numbers, as Kratos beats upon every beast of Greek mythology left for him to beat upon, and even some from beyond – the Elephant-headed Juggernaut more Persian than Grecian for example. 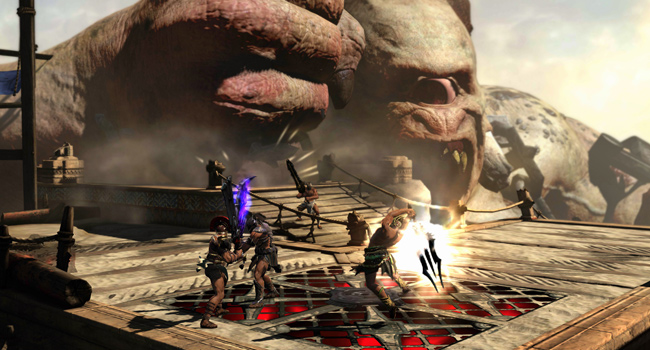 It's a prequel to the series, supposedly exploring Kratos' history before he became the God of War, but frankly Kratos displays the same level of humanity (i.e. zero) as ever, with reveals of additional personality stopping at ever gorier ways for him to eviscerate his foes.

There are hints at attempts to rethink proceedings – Kratos’ ability to pick up weapons dropped by foes, the addition of magical powers based on the powers of four of the more major gods (Zeus, Hades, Poseidon and Ares) – but none of these elevate the game into the realms of something new or particularly different.

Perhaps the one throw of the dice that does add that required sense of novelty is the multiplayer mode but, as is often the case with games that don't necessarily scream 'multiplayer' at you, it feels a little tacked on. The idea of pledging allegiance to one of the aforementioned four gods is a good one, but the gladiatorial nature of the combat feels too claustrophobic to ever be anything more than a fleeting fancy. 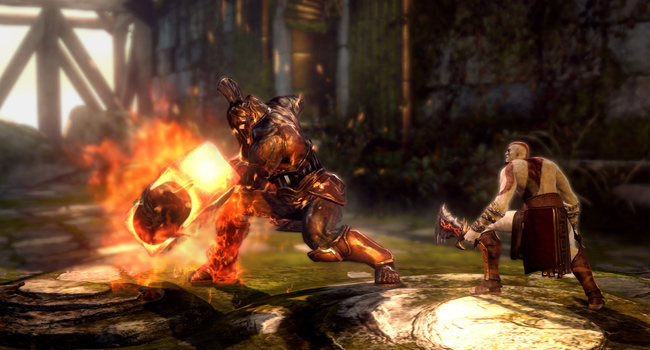 If you're a fan of God of War and you're clamouring for more from the angry Spartan then you shouldn’t be disappointed. If however you're looking for something beyond the same product in a new dress you won't be missing much by skipping Kratos' latest and hoping for more from the inevitable PS4 entry.

Gears of War: Judgement: is gun and run still fun?

Like the above God of War title, Gears of War: Judgement feels like a game that has been dragged out for one more airing to make one final use of the existing engine before the next gen upgrade.

No-one will be surprised to hear that, once again, tough marines fight tough aliens, throughout a campaign that precedes the other games of the Gears series. A similar number of people will also be unmoved by the news that Judgement offers absolutely nothing new, certainly nothing likely to entice anyone who thought previous Gears games were lacking at any rate. 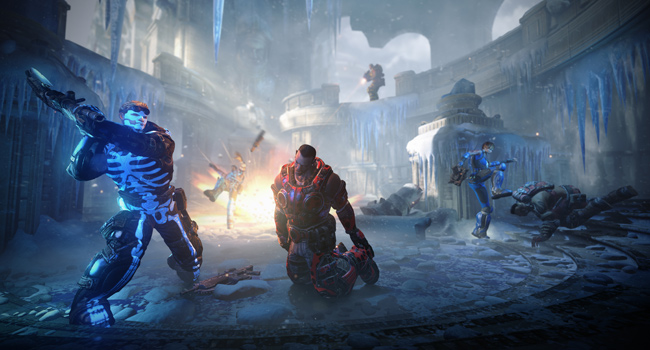 Some serious ribbing going on

Indeed, as a veteran of the franchise myself, I found Judgement to be an altogether more limited affair, too full of stop/start mini-chapters which broke up the pacing. Such measures were taken by new lead developer People Can Fly as a means to impose ‘Mission Declassification’ options on the player – additional objectives designed to make each section more challenging. But the result is a constantly repeating cycle of hectic blasting, followed by quieter story-driven acts which makes for rather staccato progression.

Proceedings liven up online, as you might expect, and as with any number of shooters, from Modern Warfare through to Battlefield and beyond, it’s worthwhile taking on all and sundry across the many and varied multiplayer modes where the game shines.

The classic roadie running and gunning remains as compelling and addictive as ever but never develops into anything you’ve not experienced before, with returning team deathmatch modes playing identically to Gears 3. Aspects have been honed, such as quicker grenade throws, new kinds of grenades (the beacon grenade being of particular use to get a bead on where the enemy is hiding) and a new gun or two, but otherwise it’s largely more of the same. 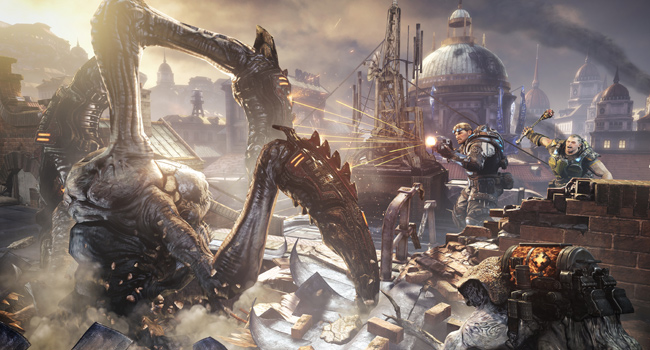 Overrun and Survival modes do offer something different however, as Gears takes a foray into class-based warfare for a first time. Engineers, soldiers, medics and scouts feature all of the characteristics that said roles have ever offered since first being introduced by Team Fortress, and combined with the bombastic action of multiplayer Gears makes for a particularly frantic time – particularly as the opposing team gets to choose from a whole host of Locust troops as they bid to storm the COG base.

You do wonder if Epic might have been better off in simply releasing a multiplayer-only bundle at a lower price – therefore saving the cash needed to generate a campaign and all the scripting, cutscene editing and developing that goes with it.

If they had I might have been awarding the game a higher mark. As it is however the package as a whole feels tired, and hardcore fans only really need apply. Especially as the equally good Gears of War 3 is available at a cut price and features equally entertaining online shenanigans.