Lending money to SMEs and giving people mortgages did 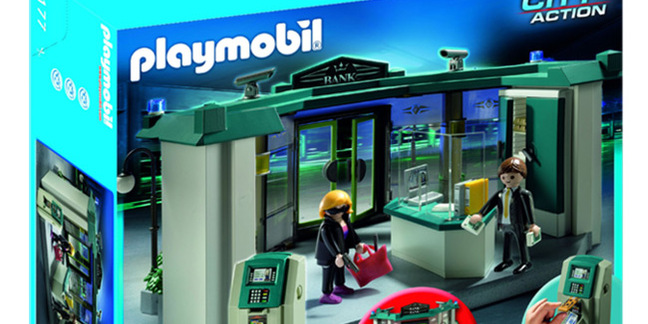 So we've now got the official report on the glorious cock-up that was Halifax Bank of Scotland.

There will of course be cries that lessons must be learned, such things must never be allowed to happen again and that the guilty must be punished, as is traditional in such post mortems.

But the important thing is that the right lessons be learned.

And the right lesson here is that this was nothing at all to do with casino banking, derivatives, excessive trading, nor even The City. This was simply a bank going bust the old fashioned way by lending too much money to people who couldn't repay it.

The actual report is the Parliamentary Committee on Banking Standards' Fourth Report. You can read it in all its glory here.

No, don't. The full report is only for masochists and journalists - to the extent that those are different groups, anyway. Below is, in full, what you really need to know about what happened:

We all know what the political narrative about the banking failures - the Great Crash of 2007 - is. Excessive speculation, trading in swaps and options and futures using high speed trading algorithms. Greed and financial capitalism run mad in free markets led to the collapse of the economy and we've got to do something about it.

So, the narrative runs, what we're going to do is tax the transactions with the Robin Hood Tax. We're going to separate casino banking from real banking, slice the investment banks off the commercial banks. Cut The City down to size and force them to invest in the real economy rather than gamble everything away in frenzied trading.

There are only two problems with this analysis, and thus, the plan of action.

The first is that it comes from those who would enforce such a plan anyway, whether the system had collapsed or not. The second is that it gets who collapsed, and why they collapsed, entirely wrong.

As Parliament's report has found, HBOS fell over simply because it lent too much money to too many people who couldn't pay it back. Banks have been going bankrupt in this manner ever since the very concept of a bank was invented (13th century Italy to some, about 30 seconds after the building of Ur to others).

HBOS didn't have a huge investment banking arm: it had a tiny investment wing that wasn't responsible for the losses HBOS racked up. Those losses were also nothing at all to do with futures, options, swaps, CDS, CDOs or any of the plethora of acronyms that infest investment banking. There was no high speed algorithmic trading unit of any size. They weren't short selling, naked or not; they weren't even trading stuff very much.

Quite simply, they made loans to people who said they had a great plan. And fewer of those plans turned out to be great than was necessary to keep the bank afloat. One revealing number in the report is that in 2008-2010 they wrote off 10.5 per cent of their total 2008 loan book.

Given that banking regulation, even after being tightened up, insists only that a bank has 9 per cent of capital behind its loans, this would have busted the bank anyway. Well, maybe HBOS would have survived if it had more capital, but it would still be a close-run thing.

This is a problem with the general narrative about reforming finance. That reform is needed isn't in doubt: it's what needs to be reformed - and why - that is. You don't have to look far to the left to find people telling us that it was indeed all to do with that evil casino banking. Those free markets, running wild and unregulated.

Next page: So how do we solve the banking problem?
Page:
Tips and corrections
187 Comments

Royal Bank of Scotland culls 1 in 4 branches, blames the interwebz

Oh good, because nothing ever goes wrong with online banking