The Elan Enterprise may not have set the mid-1980s UK home micro market alight, and it may have undergone more pre-arrival name changes than all its rivals put together, but it did have one the most stand-out industrial designs of the period. The Enterprise was conceived in 1982 as a direct rival to the then newly announced Sinclair ZX Spectrum. The company behind the machine, Intelligent Software, took its concept to three design firms, but it was the team of Geoff Hollington and Nick Oakley, neither of whom had designed a computer before, that got the gig to turn their napkin sketches into reality. 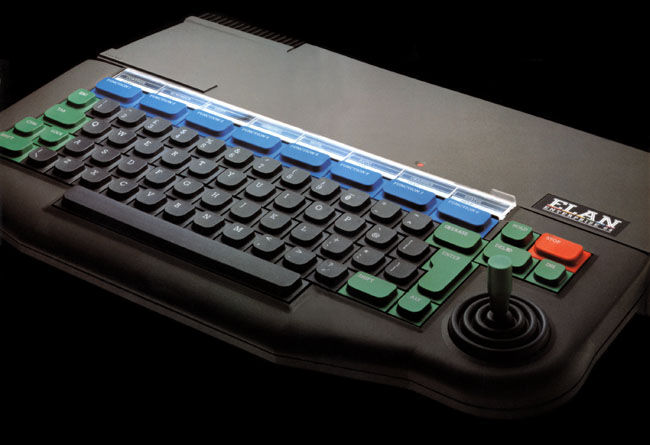 In an age of angles, the Hollington and Oakley design was smoothly curved at the front and home to not only rounded keycaps but a joystick mounted on corrugated rubber. That said, the rear section is boxy, and it almost seems the two halves don't go together. Hollington told Your Computer magazine in 1983 after the Enterprise’s launch that he wanted to “seduce people into buying the machine yet say a little about the technology” and to get away from what he called “currant bun” designs: “printed circuit boards sandwiched between two sheets of cream plastic, with a few keys sticking out of the top”.

The design was completed early in 1983, with extra work on the colour scheme from a separate graphic design agency. Alas, it had a turbulent time ahead, and despite an autumn 1983 launch, it would be 1985 before the Enterprise finally came to market - a much tougher one than the glory days of 1982 and 1983.

Booted out of Apple, Steve Jobs went off and set up another computer company, cheekily attempting to sidestep the non-competition clause in his termination package by working on a high-end workstation rather than a personal computer like the Mac. The result was the 1988’s NeXT computer, designed unlike any other desktop machine of the time. Back then, the black-cased ThinkPad was merely a glint in IBM’s corporate eye, so the NeXT computer stood out for its colour not just its shape. 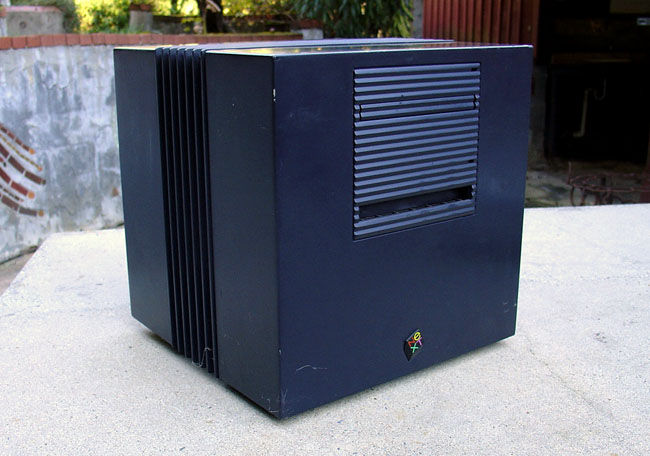 The casing was styled by agency Frogdesign, which had recently created the look of the slimline Apple IIc and would later style the Sun SparcStation. Measuring a foot in each dimension, the cube’s design was stark, the plain, magnesium alloy faces relieved only by the coloured NeXT logo low down on the front, and by corrugation that run up the centre of the sides and across the top. Tying into the ribbing was a small, ridged panel on the front that housed the floppy and optical drive slots. Naturally the black block came with similarly shaded keyboard, mouse, monitor and laser printer.

Eye-catching design statement it may have been, but the Cube was no great shakes commercially, perhaps not surprising since a new one would have set you back $6500 in 1988 - the equivalent of $12,650 in today’s money. Tim Berners-Lee only created the web’s first protocol and browser on one because of generous funding from CERN. Still, its looks got it into a number of movies of the early 1990s and into the collection of the San Francisco Museum of Modern Art.