Apps for a bigger-screen world

Google is rolling out an update to its Play storefront from Tuesday, with bigger images for Android 2.2 users and an improved checkout system to help them pay for what they fancy. 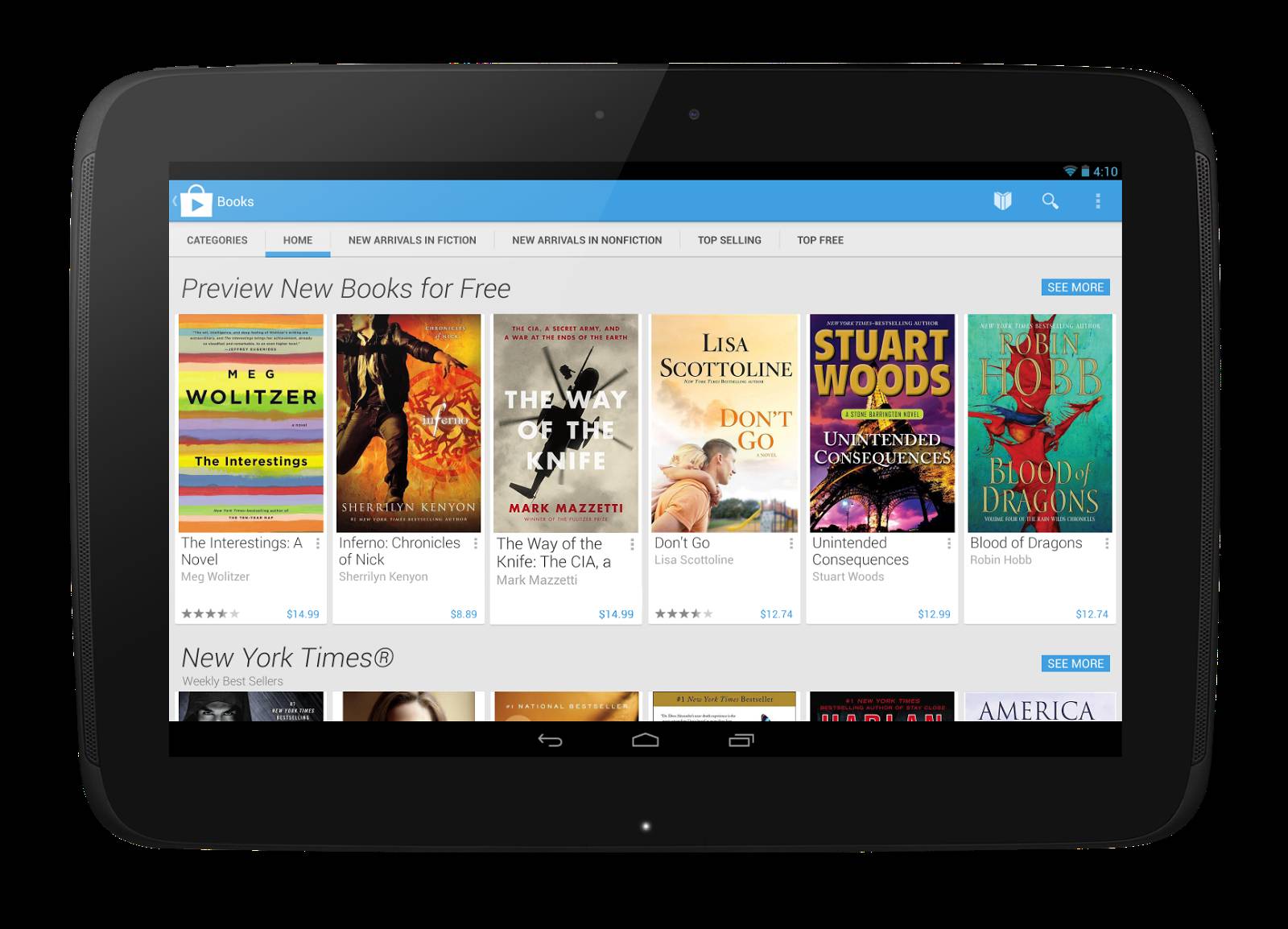 "Similarly themed content is grouped together so you can hone in on a magazine to read or an app to try. As you move down the page, new recommendations continue to appear so there is always more to see and explore."

The UI is now in softer tones and less text-heavy, bringing it more in tune with Google's current branding.

This is the fourth redesign for the Play store in the five years since Google got into the sales game, and it reflects the prevailing trend for bigger and bigger screens. It used to be that people wanted their phone tech tiny (and a few of us still do), but now size is counting for more and the line between tablets and smartphones is increasingly blurry.

At CES this year Huawei broke the six-inch barrier on smartphone screens with the launch of its Ascend Mate handset, and five inches is becoming the norm for most vendors. Analyst house iSuppli expects the sales of these five-inch and above devices to rise 136 per cent this year. Even Apple is rumored to be making the move to five inches with the latest update to the iPhone.

All of this screen can be used to sell you stuff and while Apple developers still get more for their products, Android developers have the increasing advantage of numbers. That comes with a risk, as malware exploiters are showing, but these Chocolate Factory changes to Play may have some at Cupertino looking at the iPhone App Store interface and getting itchy fingers. ®