Bitcoin gets a $100 haircut on rollercoaster trading run

Virtual currency Bitcoin lost $100 in value relative to the US dollar on Wednesday due to panic selling by its devotees.

The currency began tumbling from a high of $260 on Wednesday after major Bitcoin exchange MtGox started getting hammered by many micro trading requests per second. This bout of high-frequency Bitcoin trading led to a rise in the time it took between trades being placed and executed, causing confusion among the cointards that have tried to turn the currency into a commodity.

This generated a wave of panic selling as investors in the ponzi scheme currency sought to get out of the market with their savings intact. At one point the currency fell as low as $75, though placing orders was nigh-on impossible because as more and more sell orders were placed, the time it took to execute them increased, leading to more panic as people frantically jumped to other even less reliable exchanges in an attempt to somehow get their money out of the system.

These exchanges then tended to break down as well, apparently due to the deluge of traffic effectively DDoSing the sites.

This wave of volatility caps off a month-long hyperbolic rise for the currency that saw it go from around $20 per Bitcoin up to $260.

This dramatic rise has led to people investing into the currency that are not technically skilled enough to understand the complex principles on which the system works, leading to a rise of scamming, phishing and – we think – Wednesday's crash.

One example that highlights the naivety of some Bitcoin users is the case of 'bitcointools' – a site that supposedly helped users secure their virtual wallets in which the currency was stored, but in fact stole their details and took their bitcoins.

The site encouraged people to enter their private account information and, from this, generated a secure encrypted version of the data. Unfortunately for the credulous cointards that used it, the Google App Engine-hosted site was storing everything they wrote and sending it to another server.

Google suspended bitcointools on Wednesday after The Register contacted Mountain View to note that the site apparent swindling of users appeared to violate Google App Engine's Acceptable Use Policy.

Besides bitcointools, there have been many other examples that highlight how as the currency's value has grown, it has drawn thick crims as well as credulous punters.

For one, there was last week's appearance of some Bitcoin-mining malware that tapped into infected PC's CPUs to slurp for Bitcoins. This looked to be the work of script kiddies and was the opposite of subtle: one of the signs you were infected, Kaspersky Labs noted, was that a single process named "bitcoin-miner.exe -a 60 -l no -o http://suppp.cantvenlinea.biz:1942/ -u XXXXXX0000001@gmail.com -p XXXXXXXX" could be using 99 per cent of your CPU.

There was also today's appearance of WeExchange – a trading site that looks to be little more than a great big phishing bowl into which Cointards can pour their data. 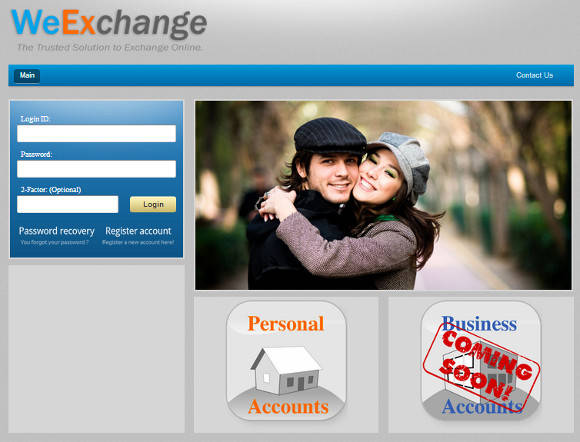 WeExchange (pictured) does not on first impressions seem like a legitimate trading platform: the site looks to be put together in a hurry, and the contact details it gives for its offices in both Australia and America seem unlikely: the US one points to a derelict-looking park on the outskirts of Fort Worth, Texas, and the Australian one to residential address in a backwater Australian town suburb of Perth*. When we called their 24/7 support number our call did not go through.

But when posted in the Bitcoin discussion forums on Reddit, users responded to the WeExchange link apparently wishing to give up information in it.

Every so often a market develops around something improbable – tulips, uranium, beanie babies – and people get carried away. Bitcoin's virtues as a digital currency may not yet be clear, but right now its devotees are treating it like a commodity, and this can only end in tears.

* From the distant confines of Vulture West, it is sometimes hard for us to parse the geography of Australia. We apologize to our antipodean brethren for the error.