G-Technology is HGST's branded line of external drive products and HGST is a WD operating unit. Intel's Thunderbolt runs at 10Gbit/s full duplex per channel to link hosts with peripheral devices such as displays.

HGST is positioning the Thunderbolted G-DRIVE PRO as having 3.5-inch hard disk drive capacity and SSD-like performance with sustained transfer rates up to 480MB/sec. However, the drive still has disk drive latency levels and won't deliver an SSD's fast response, although it has good streaming speed. 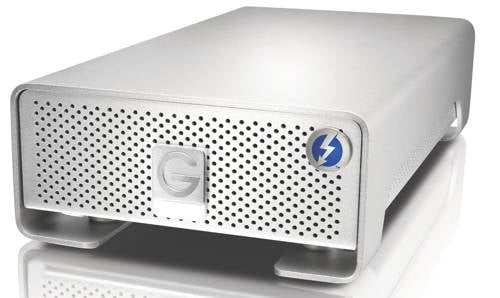 Capacity goes up to 4TB and HGST says it's the only external 3.5-inch disk drive with Thunderbolt connectivity, and has dual Thunderbolt points for daisy-chaining of Thunderbolt devices.

Evolution Series products have an ev suffix to their name, and there is a docking station and two drives. They include: 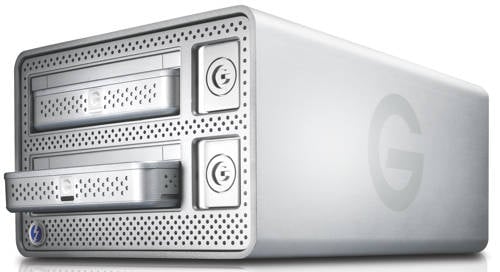 HGST says the drives can be used as external drives out in the field - thank you USB 3.0 - and later plugged into the dock back at the office. There they can be set up as two disks, or configured for RAID 1 (mirroring) or RAID 0, providing striping across the drives for more performance.

If data storage needs to grow and the drive capacity is insufficient then you can switch to high-capacity drives; the dock will still work. Note, though, that this isn't a Drobo-type device which automatically populates the new drives with existing data. However, HGST says drives used in Drobos aren't rugged enough to be taken out and used in the field - they are not, according to HGST, "true standalone external drives."

The dock is shipped with a pair of 1TB G-Drive ev disk drives.

All the products are Mac-formatted and compatible with Apple's Time Machine if you want to use them for that backup situation.

Don't have the budget or customer base for Graviton-class silicon? Intel thinks it can help
Systems13 Aug 2022 | 17