Space elevators, vacuum chutes: What next for big rocket tech?

How boffins hope to escape long shadow of the V2

Pic special We recently suggested that even the most advanced rocket currently slipping the surly bonds of Earth is nothing more than glorified V2, over 70 years since Hitler's Vergeltungswaffe 2 first lifted off the pad at Peenemünde.

Today, we'll have a look at some technologies that may one day allow us to escape V2 designer Wernher von Braun's long shadow - the extent of which is clearly demonstrated by a quick look at how far we've advanced since the V2.

Von Braun's rocket was powered by a couple of big tanks of liquid ethanol/water mix and liquid oxygen (LOX)... 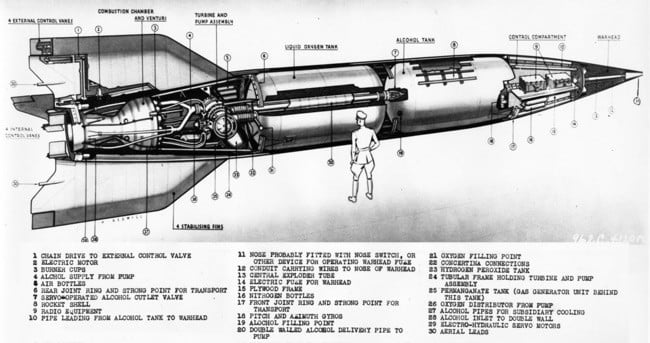 The V2 laid bare (click for a bigger version)

...while the Saturn V's first stage used a couple of enormous tanks of kerosene and LOX to get off the ground: 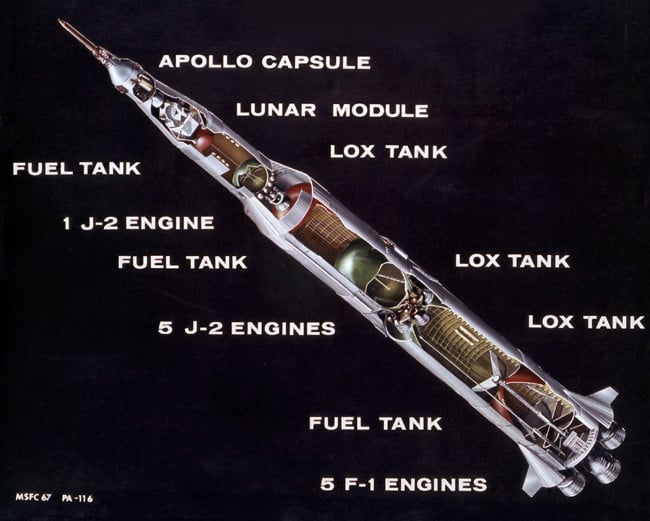 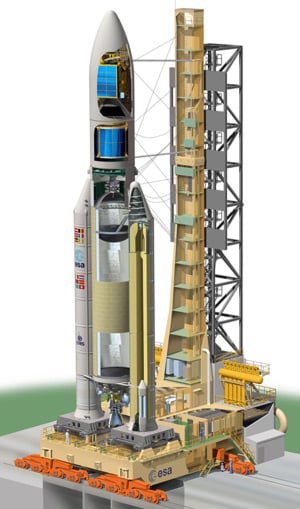 Looking at cutaways of the three vehicles, it's clear the chap in his cavalry riding breeches admiring the V2 would, if confronted with an Ariane 5, find little has changed in the basic design.

Unlike the V2 and Saturn V, however, the Ariane gets an initial kick from two solid rocket boosters (SRBs), providing 92 per cent of thrust at lift-off.

It sounds impressive, although solid-rocket tech is fundamentally unaltered since the Chinese had the bright idea of strapping a cylinder packed with gunpowder to an arrow, thereby creating the fire-arrow projectile.

Solid-fuel rockets are simple and reliable - so simple that while it took a thousand years go from this... 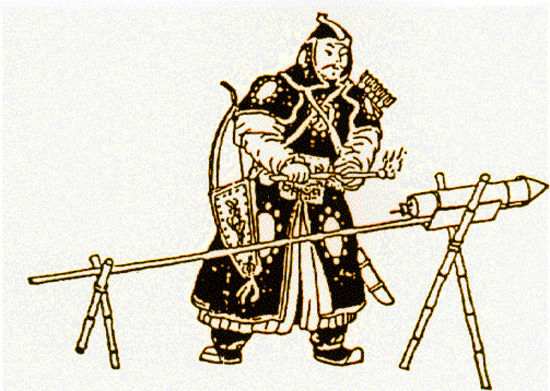 The fire-arrow: Light blue touchpaper and stand well back 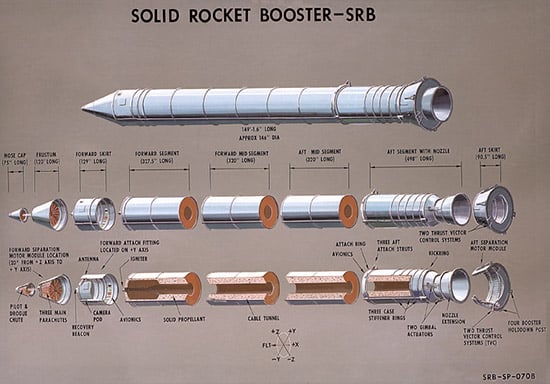 A bigger fire-arrow: The space shuttle's SRB (click for a bigger version)

...even the most advanced SRB can hardly be considered a major scientific advance.

Next page: Wings above the world
Page: