Data from the Kepler space telescope has yielded yet more Earth-like planets, with a University of Washington researcher identifying a second “habitable zone” super-Earth orbiting the star dubbed Kepler-62.

UW astronomy professor Eric Agol is excited because the combination of size and distance makes it much more likely that these exoplanets would have liquid water. “The planets this small that we have found until now have been very close to their stars and much too hot to be possibly habitable. This is the first one Kepler has found in the habitable zone that satisfies this small size,” he said.

“Kepler 62f is the smallest size and the most promising distance from its star, which by these measures makes it the most similar exoplanet to Earth that has been found by Kepler.”

Agol says the “best guess” is that the two planets described in his paper, published in Science Express, are rocky with some kind of atmosphere, “but not a thick gaseous envelope, like Neptune”. 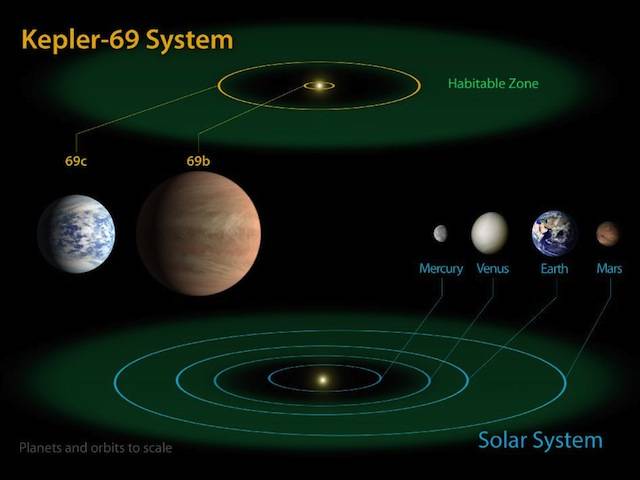 Kepler 62f was originally overlooked, because Kepler's software only recognised two transits of the planet across the Kepler 62 star. Agol's discovery arose from a process he developed with colleague and co-author, UW post-doctoral researcher Brian Lee. They were able to identify a third transit and confirm the discovery of the new planet.

Kepler 62 is 1,200 light years away, and its two habitable-zone planets are accompanied by three others in the system.

The third exoplanet turned up in today's release is in the system Kepler 69. Kepler 69c is 70 percent larger than Earth and has a 242-day orbit. Its composition is uncertain, NASA says, but its orbit resembles that of Venus. ®