When the two parts of the PadFone are docked you can stipulate that the device only uses the tablet battery. Once that is drained, the tablet turns off. This setting also continually charges the phone. Alternatively, power can be drawn from both batteries in parallel. 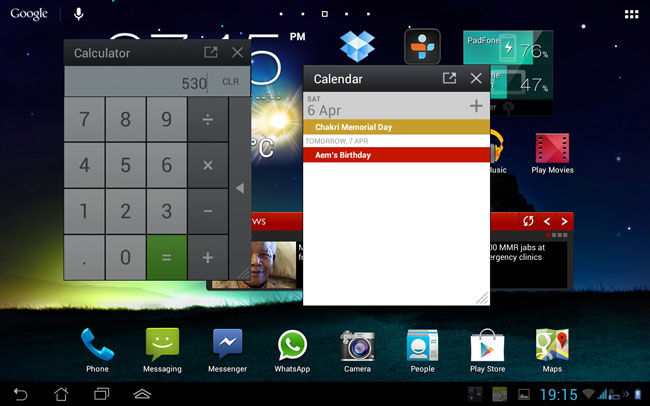 You can also turn the tablet into a battery pack. In this mode, the tablet switches off but will charge the phone from empty in a little over two hours and will easily do so twice over assuming it has a full charge to begin with.

When you recharge the PadFone, you can make the same choice - either the phone gets first dibs on the power or both parts charge at the same time. Of course there’s nothing stopping you charging the two bits separately.

The 2140mAh battery in the phone is a fixed affair just like the battery in the tablet. It will stand you a full day of pretty intense general use but little more, something else it shares with the Nexus 4. 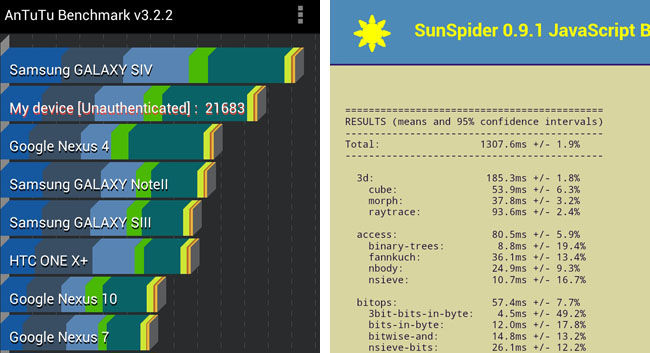 As well as supporting 42Mbps HSPA+ 3G, the PadFone is also 100Mbps LTE-enabled on the 800, 1800 and 2600MHz bands. It worked a treat on EE’s 4G network. With the tablet acting as an extra power source this is one 4G phone that could actually justify the cost of a decent 4G contract.

Cellular reception and call quality were well up to snuff and the dual-band Wi-Fi radio proved adept at holding a signal even in less-than-ideal locations. Bluetooth 4.0 and NFC round off the wireless options. 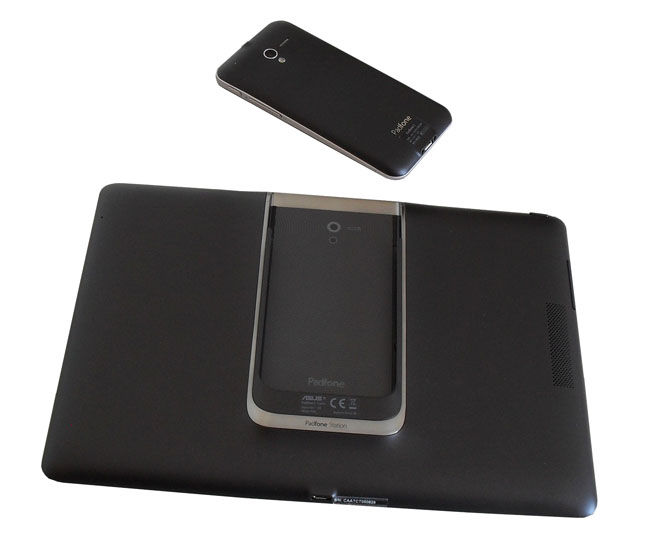 The PadFone is such a good idea you wonder why nobody thought of it before. Despite the lack of storage expansion, the benefits of having a phone with an optional ten-inch screen and a reserve battery are obvious, while the handset itself is every bit as good as the Nexus 4. Better in some ways.

The price isn’t exorbitant, either. If you opted for the most affordable Android alternatives - the 16GB Nexus 4 and the Asus MeMo Pad 10 - you would still be looking at around £530 but with 16GB less storage in the phone, a less powerful chipset in your tablet and a lot less convenience.

If the tablet’s screen resolution is putting you off, keep in mind that there will be a more expensive 1920 x 1080 version along soon called the PadFone Infinity. ®