The Reg puts Vulture inside the Large Hadron Collider

Pics It's probably the greatest scientific experiment of our time (or at least the biggest), a 27km round tunnel that fires trillions of protons in opposite directions over 11,000 times a second at 99.9999991 per cent of the speed of light lying under the Alps in Europe. 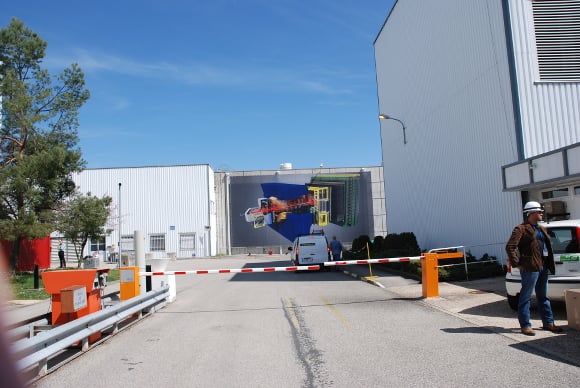 The entrance to the Large Hadron Collider beauty

The Large Hadron Collider is literally trying to answer questions about life, the Universe and everything, investigating the last physical mysteries of how this crazy Universe called home got started. Its investigations include probing the nature of dark matter and dark energy, which it is theorised make up the mass of 95 per cent of the cosmos, finding out what the deal is with quarks, and, of course, looking for that pesky Higgs boson.

The so-called God particle, which physicists hypothesise gives mass to visible matter in the macrocosm, has been spotted, though of course its discovery throws up more questions than answers. Now the LHC is going to rev up its engines (so to speak) to 13 trillion electron-volts (TeV) in order to prove or disprove supersymmetry, and look into some of the mysteries of the Standard Model of particle physics. Physicists hypothesise that there are even more particles in the TeV energy range, so adding a bit more juice to the LHC should help answer some questions and, if all goes well, confirm some theories.

To ramp up the energy, LHC engineers need to tinker about with all the bits of the huge project, making sure they can handle the new higher energies, in a two-year process known as the long shutdown. Aside from prepping the collider for greater things in 2018, the shutdown also gave one lucky Reg hack the opportunity to see its insides.

To say the complex straddling the border of France and Switzerland is impressive is a vast understatement. The Alps tower over the site, which is swarming with thousands of people a hell of a lot smarter than your humble writer. But naturally, the small group of journos is itching to descend around 100m underground to the tunnel. 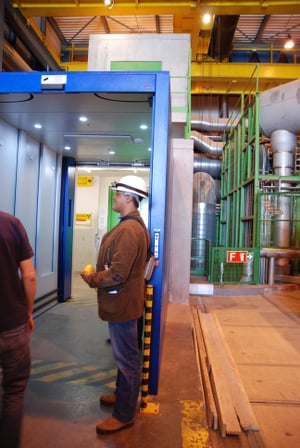 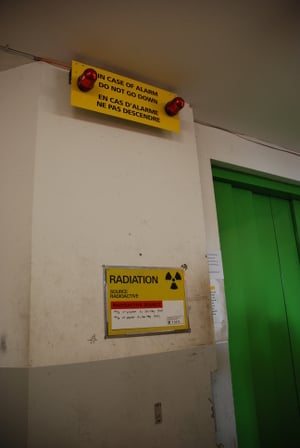 The lift to the beauty experiment

The first stop on the tour was the LHCb experiment, where boffins are investigating basic questions about antimatter and looking for signs of the elusive dark matter.

If an appropriate sense of awe had not already been instilled in the LHCb visitors by the amazing experiment, the sheer magnitude of the collider in general, massive warehouses, and myriad important-looking wires and tubing, it certainly was when we had to start going through radiation safety airlock structures and passed signs with orange alarm lights attached.

When matter and antimatter meet, they annihilate each other, raising the interesting question of how the Universe ever came into being, since all the matter made in the Big Bang should have exploded along with its opposite number. LHCb wants to figure out why that didn't happen and along the way, look out for beauty quarks, a rare type that only exist for about a million millionth of a second in the experiment and could help point to a whole new family of particles that may make up some of the dark matter in the universe.

Next page: Alarms, airlocks and machines that go 'ping'
Page: