We're in the driving seat and the only way is down 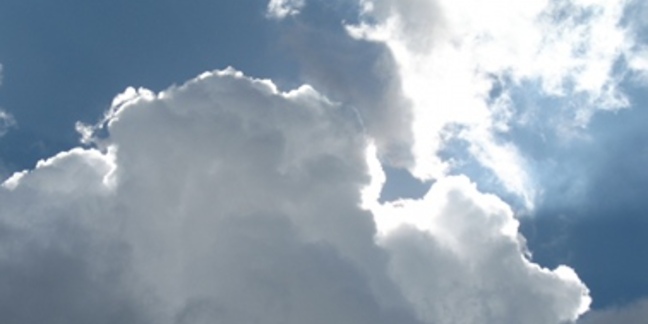 Amazon’s struck back at Microsoft camp over its "lowering" of its cloud computing prices by touting Amazon’s track record for saving money.

The etailer-turned-cloud-giant’s chief technology officer Werner Vogels yesterday claimed there had been 31 price reductions in AWS since the service went live in 2006 – seven years ago.

He reckoned Amazon reduced the bill by 40 per cent for “quite a few customers” of Simple Storage Service (S3) in early 2012 and 30 per cent of Compute Cloud (EC2).

Vogels said Amazon had made 330,000 recommendations to customers that would have saved them $22m in total.

Vogels told the AWS Summit 2013 in London that he reckoned one of the things that differentiates AWS against “other” services and technology providers is its "relentless focus on reduced cost". He added: “We get economies of scale. We invest in innovation in the infrastructure in the data centre and how to build software more cost-effectively and efficiently.

“Just like Amazon.com where we try to keep low pricing we try to do this in AWS... for us it is a high-volume and low-margin biz that we know how to operate very well.

“We are very happy if we can help you drive your bill down with AWS because that means you will be more successful in the long run,” he said. “The future of this is you can drive cost down further to the point that you no longer have to think about it.”

It was only last week Microsoft tried to flog more of its Azure cloud by announcing price parity with AWS. In what was widely misreported as a price cut by Redmond, Microsoft raised prices for all its on-demand Windows instances, although it did reduce Linux prices, as well as creating a new class of reserved instance with a discount if you paid upfront.

Microsoft has been struggling to match and beat AWS pricing with Windows Azure from the start.

Vogels said that another AWS differentiator was that AWS does not lock you into any kind of technology, middleware or operating system package. Amazon's CTO also pointed to the existence of software running on AWS from Microsoft, SAP, Oracle and others – precisely the kinds of companies whose software has locked people in over the years.

Of course, AWS can lock you in to Amazon by sheer volume of data: it’s easier and cheaper to upload data than to remove it. Once it’s there, you need big enough pipes to extract it - and you'll have to pay Amazon to do it. Or, you can prepare and ship your own storage device, plus connectors, to Amazon who'll load up your data and return it for a price.

Amazon this month boasted S3 holds just over two trillion objects – double the last record from a year ago.

Vogels said AWS offers 33 services spanning compute, storage, database and application management and claimed customer numbers have more than doubled since January 2013. He said that Amazon had released 158 new AWS features last year and was already on track to break that number, having dropped 53 in the first three months of 2013.

Vogel’s presentation hit delegates hard with the enterprise credentials for a cloud service that first came to prominence as something targeting devs who were building for the web.

He also dropped a few names of AWS users, among them News International, Shell, Four Seasons, Intercontinental Hotels, Cancer Research UK - although they vary in their adoption of Amazon's web services.

News International was the most ambitious user named: its CIO Chris Taylor said Rupert Murdoch’s news empire had stopped installing physical servers, cut its number of servers by a quarter, virtualized all but the oldest apps and that it now wants everything on Amazon’s cloud. The target is for 75 per cent of applications and infrastructure on AWS in the next two years, he claimed.

Among the services the news empire runs on AWS is the access-control gateway for NI’s online newspaper paywall. Two “mid-sized” EC2 instances run 45 million transactions a month with an average response time of 40 milliseconds, Taylor told the event. The CIO reckoned AWS was doing the business at “substantially lower cost” than the company’s old, on-premises systems. ®