Neutrinos from another galaxy hit ice with black-hole force

If they're neutrinos – the scientists are being cautious about that, not yet having the six-sigma certainty that particle physics likes – they're rather exciting excited ones: two neutrinos believed detected at the IceCube detector in Antarctica have huge energy and probably came from outside our galaxy.

The energy claimed for the neutrinos is more than a petaelectronvolt, which according to Nature's post about the observation is more than 100 million times the energy of neutrinos emitted by supernovae.

The neutrinos were first observed in 2012, but analysis of their characteristics has only now been completed and announced.

As Phil Plait explains in Bad Astronomy, a petaelectronvolt neutrino is packing quite a punch: a thousand trillion times the energy of a visible photon (I'll trust his calculation).

IceCube detects neutrinos from the Cherenkov radiation emitted if they collide with the ice atoms. Completed in 2010, it consists of 86 detectors up to 2,450 meters below the surface, in the ice below the Amundsen-Scott South Pole Station.

The detectors surround a huge amount of ice – IceCube is a kilometre on each side – so as to catch the rare interactions between neutrinos and normal matter. 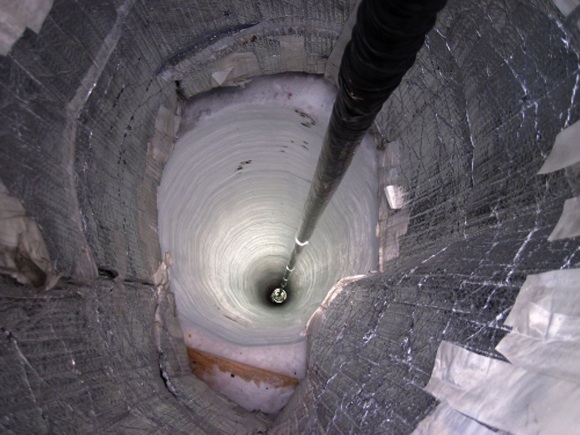 While there's an outside chance that the neutrinos might be produced by high-energy atmospheric cosmic ray interactions, the IceCube collaborators think it's more likely that they're part of the output of a very energetic astronomical phenomenon: possibly from the same source as gamma-ray bursts, or jets emerging from black holes. ®