Sunil Tripathi, the 22 year-old Brown University philosophy student mistakenly identified as a suspect in the Boston bombings by amateur investigators on Reddit, has been found dead in the Providence River, his family has said. 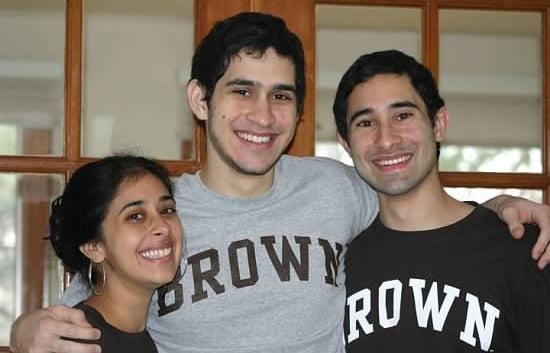 "This last month has changed our lives forever, and we hope it will change yours too," they said on a Facebook page. "Take care of one another. Be gentle, be compassionate. Be open to letting someone in when it is you who is faltering. Lend your hand. We need it. The world needs it."

Tripathi, who was reported to have suffered from depression, went missing on March 15 – over a month before the bombings that left three people dead and 264 wounded. After the FBI released photographs of their suspects, he was wrongly identified as one of them by users of Reddit, who had set up a /findbostonbombers forum to crowdsource the investigation.

Several members claimed to have heard Tripathi's name mentioned on police scanners and his family, who had been running an intensive online campaign to try and find their missing son, began to be deluged with comments and abuse. The /findbostonbombers forum moderator apologized to the family after the current suspects were detained and removed the forum from public view.

"I'd like to extend the deepest apologies to the family of Sunil Tripathi for any part we may have had in relaying what has turned out to be faulty information," the moderator said in the apology.

"We cannot begin to know what you're going through and for that we are truly sorry. Several users, twitter users, and other sources had heard him identified as the suspect and believed it to be confirmed. We were mistaken."

Laura Lague, spokeswoman for the Providence police, told the Boston Globe that Tripathi's body had been spotted in the river by a Brown university rowing coach on Tuesday and that it had been identified by dental records, suggesting a long immersion. Foul play was not a factor, she confirmed.

Tripathi's case showed the dangers of crowdsourcing investigations of this type, particularly when some of the more excitable sections of the media seem willing to accept such findings as "evidence." As this hack has pointed out, crowdsourcing has great promise in processing large amounts of information, but this kind of stuff is best left to the authorities until that's sorted out. ®