Take one mighty hydrogen-filled orb, six panoramic vid cameras, hours of image-stitching jiggery-pokery and you too can produce fully spherical panoramic imagery from the stratosphere... 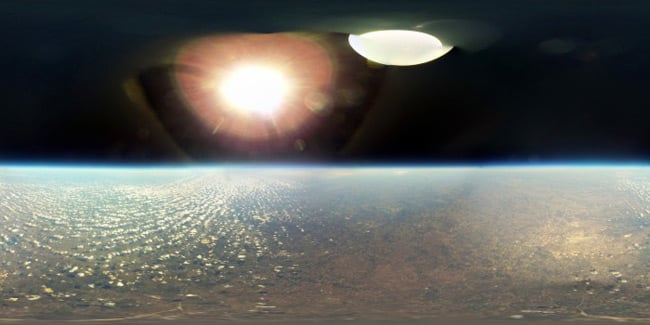 The above is the result of two years' work by Texas local Caleb Anderson, who got in touch to share the results of Operation Stratosphere.

Inspired by high-altitude GoPro Hero vid footage he'd seen, and using his experience of panoramic stitching, Caleb set about blagging some cameras and putting together a data-gathering set-up comprising "four thermistors, one humidity sensor, two DS18B20 digital temperature sensors, one GPS module, one 1300mAh LiPo, one 1 gigabyte Micro SD, a huge amount of learning, and way too many late nights". 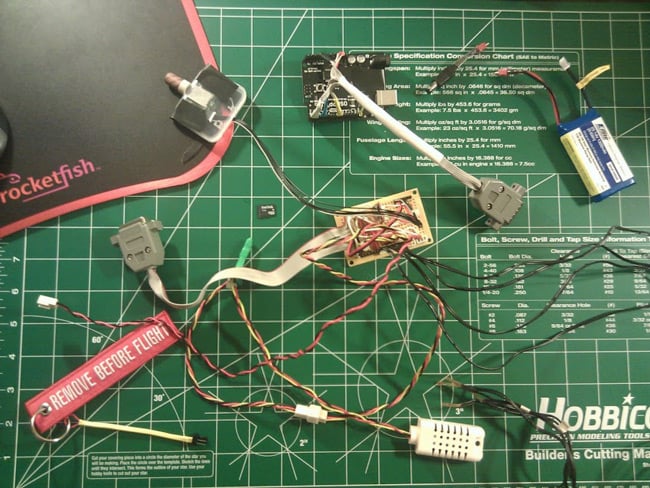 As with all the best home-brew projects, the dining room table proved an essential work surface... 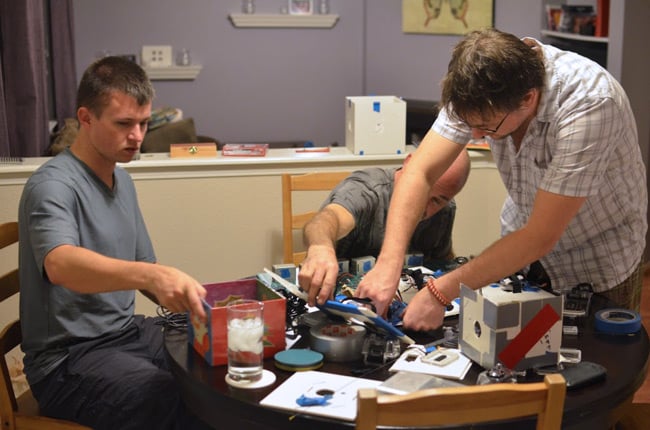 The payload comes together 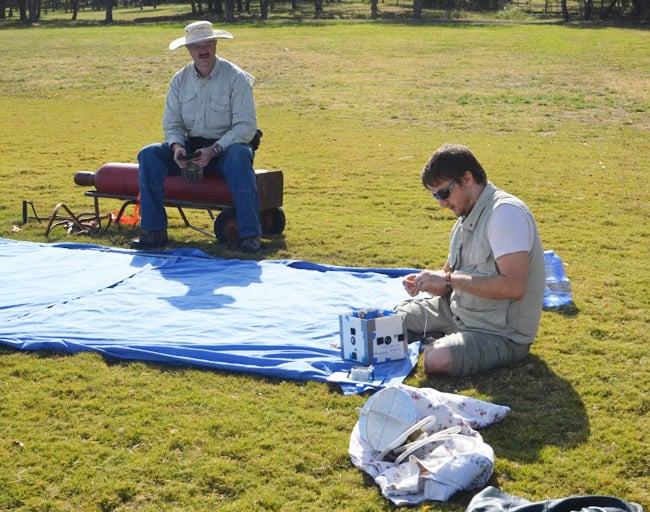 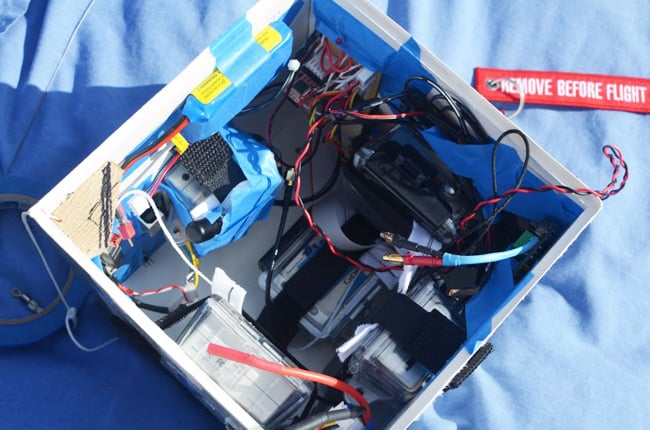 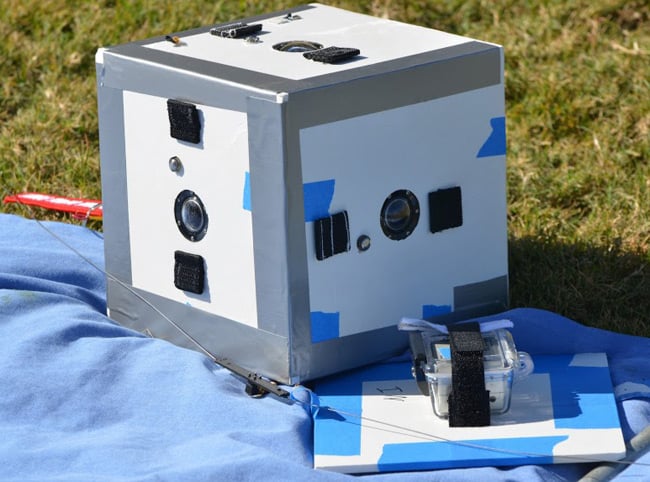 The payload ready for panoramic duty

Next page: The mighty orb...
Page: