Ubuntu without the 'U': Booting the Big Four remixes

Lubuntu is the closest thing the Ubuntu family has to a lightweight edition. It's based around LXDE, the Lightweight X Desktop Environment: OpenBox 3.5.0 plus a panel, desktop icons, a file manager and so on. It even has a special netbook launcher. 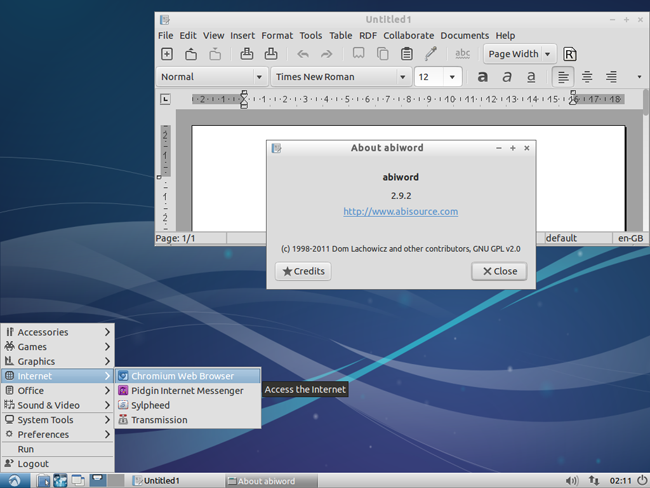 Like Xubuntu, Lubuntu uses Abiword and Gnumeric instead of LibreOffice, but it also replaces Thunderbird with Sylpheed and Firefox with Chromium (the FOSS basis of Google Chrome). Even a decade-old Windows XP box can run Lubuntu quite successfully, and on modern kit, it's very fast and responsive - although you'll face difficulties installing apps that integrate with the desktop, such as Dropbox. However, there's a lot to like - it's simple, fast, clean-looking and efficient.

Ubuntu GNOME 13.04 is the first release of the newest member of the *buntu family. It's based on GNOME 3.6 - a version behind the current release, 3.8 - and sports the controversial GNOME Shell. What's more, Fallback Mode isn't installed by default - although a quick "sudo apt-get install gnome-session-fallback" will soon sort that out. Otherwise, you get a similar set of apps to normal Ubuntu. 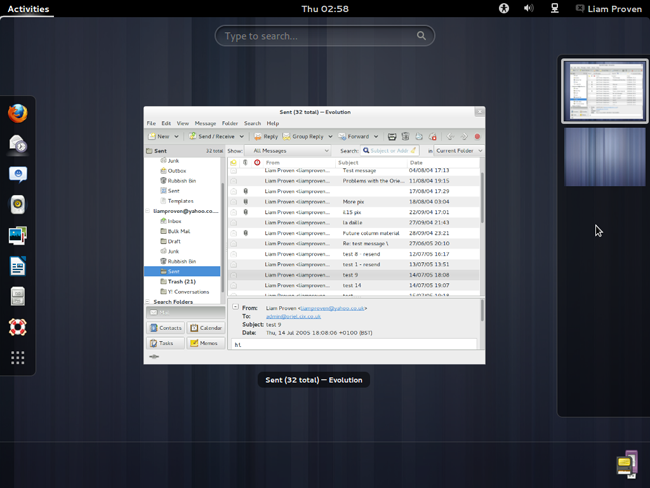 Although I'm not a fan of GNOME Shell, I have to admit that Ubuntu GNOME looks very polished and smooth, especially for a first release. If you like GNOME Shell's minimalism, go for it. If you're not familiar with it, though, or if you were hoping for anything like the old experience of Ubuntu 10.04 or earlier, I wouldn't recommend it: it's a little feature-sparse if you're used to a traditional desktop. Fallback Mode does look like GNOME 2, but it has almost no customisation and it's dead code walking - it's already been removed from GNOME 3.8.

To compare resource usage, I installed all of them in a VirtualBox VM with the default 8GB of disk and 1GB of RAM. Here's how they fared:

Both Ubuntu GNOME and Kubuntu share the dubious distinction of using more memory and disk space than the parent operating system from which they're derived. Xubuntu is slightly lighter-weight than the Real Thing, but if you want something small and fast, the clear winner is Lubuntu.

In summary, Kubuntu and Ubuntu GNOME are fine, if you have a particular preference for KDE or GNOME Shell, but otherwise, we suggest you look elsewhere. Xubuntu has matured nicely into a good, solid option and is less demanding on the system. Meanwhile, Lubuntu is hard on its heels - it's the sleekest, fastest member of the tribe, but still slightly more limited. ®

If you fancy trying some or all of them in a VM before you commit to a bare-metal install, be warned that Ubuntu and Ubuntu GNOME both require hardware-based 3D graphic acceleration to perform well - meaning that they run poorly under virtualisation. To a slightly lesser extent, the same is true of Kubuntu.

To get round this, you'll need a hypervisor that supports accelerated 3D for guest operating systems. One option includes Oracle VirtualBox and - handily - its Guest Additions are FOSS, and are in the Ubuntu repositories, meaning that you won't need to manually update them. Just run:

Once you've done this, reboot the VMs and you'll find they become reasonably responsive - so long as the host machine has hardware OpenGL, of course.

The bigger picture, though, is that none of the big three desktops - Unity, GNOME 3 or KDE 4 - are a good fit if you don't have a decent OpenGL accelerator in your machine, plus the appropriate proprietary drivers. The same applies if you'll routinely be using them over a remote connection.