Psion’s second-generation organiser was very different from the first. The original Organiser was a calculator-like device; the new Series 3 a palmtop running off a pair of AA batteries housed in the hinge rather than a bulky 9V job as the Organiser and Organiser II had been. 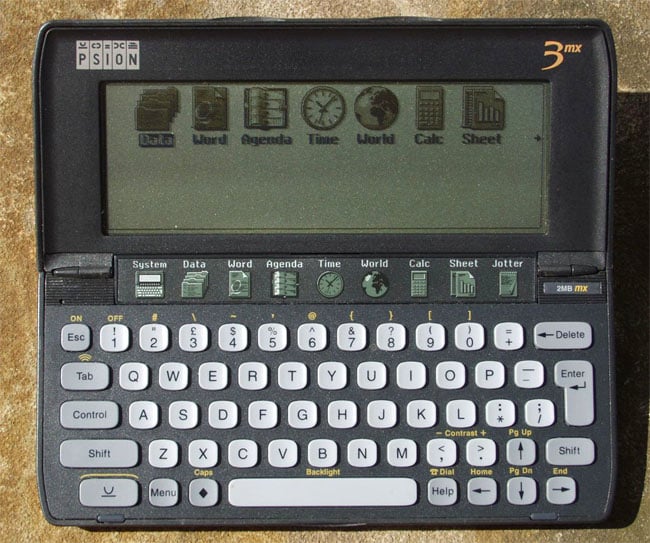 The original Series 3 defined the line’s look: the 165 x 85 x 22mm clamshell casing, the application launch keys mounted on a touch-sensitive panel on the inner hinge assembly, the two ROM card slots under hatches on each side of the machine, and the 16-bit EPOC OS. It had all the defining productivity, personal information management and programming tools that would also feature in later models.

Psion stopped making the Series 3 family in 1998, the year after it introduced EPOC 32 and the Series 5, a larger, redesigned palmtop based around a 5.6-inch, 640 x 240 screen and an 18MHz CL-PS7110 ARM710-based processor - later upgraded to 36MHz in 1999’s 5mx and the low-cost Psion Revo. When a deal struck with Motorola in 2000 to co-design smartphones went wrong, Psion, with no other consumer devices in the pipeline, decided to quit the market. It stopped making its palmtops and chose to focus instead on vertical market kit. Now, ironically, it is a Motorola subsidiary.

Olivetti launched the Quaderno - Italian for notebook - in 1992. The Italian company chose the name because its machine was small - its footprint was just 210 x 148mm, the size of a sheet of A5 paper - and it pitched the device as an electronic jotter for executives, mobile workers and the classroom. It had a 7-inch, 640 x 400 monochrome screen, and operated off six AA batteries. 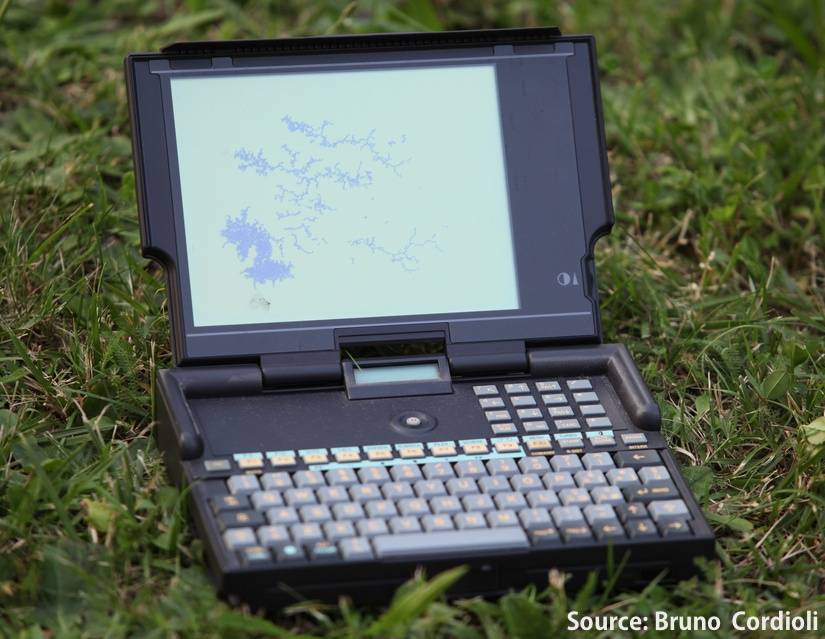 Designed by Mario Bellini and Hagai Shvadron, the Quaderno ran MS-DOS on a 16MHz Intel 8088 clone manufactured by NEC, the V30 HL, though an updated version launched a year later featured a 20MHz Intel 386 in order to allow it to run Windows 3.1. It had a megabyte of memory and a 20MB hard drive - increased to 60MB in the Windows version.

I got my hands on a Quaderno when a couple of Olivetti guys popped into the MicroScope office in 1992 to demo their new bambino. I was immediately impressed with its size and its keyboard which, unlike the one on the Psion Series 3, you could type on. It wasn’t a match for a desktop machine, of course. And, for the time, spectacularly expensive for what it was.