EMC is set to announce a software-defined storage product known as a Sea of Storage (SOS) as a new product category, alongside its Centera and Atmos object storage-based systems.

Vulture Central's storage desk has deduced this from tips, rumours and rumblings around the storage jungle, and we're told a mid-May announcement date has been decided upon.

What do we know?

EMC President and COO David Goulden talked about Cold Core storage, a capacity-optimised storage pool, at an analyst conference in March this year.

Also, EMC has talked about its Bourne Project, an architecture for storage, networking and servers that separates the control (management) plane from the data plane.

The Bourne data plane will include both third-party and commodity storage, which are diagrammed as being separate from VMAX, VNX and Isilon arrays. Block, file and object access constitute the data plane. 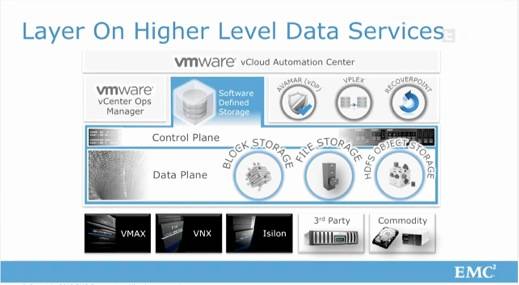 HDFS object storage will use both commodity compute and commodity storage and boasts the following features: 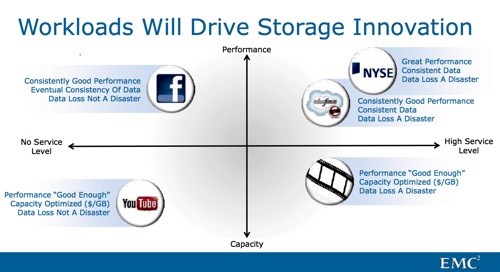 He populated this with some products; note that of Atmos: 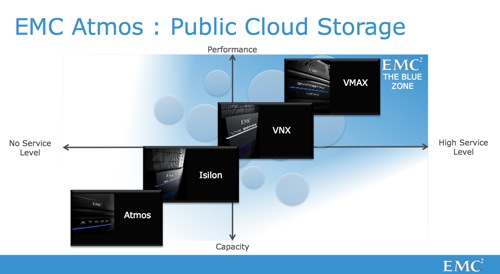 Atmos positioning, right down the bottom

El Reg's thesis is that EMC is going to populate the lower-right quadrant of this chart (known as the green zone) with this new, HDFS-based object storage platform; a Sea of Storage (SOS) product which will feature very high scale-out capability as well as high data integrity.

- EMC's official blogger Chuck Hollis said "One of the bigger themes at EMC World this year will be software-defined storage: what is it, why does it matter, and what EMC is doing about it."

We suggest that EMC is building an HDFS object storage platform, the SOS product, for service providers that runs on commodity hardware and delivers a relatively high service level - but not performance level.

We note that EMC also has a VSET trademark it's not currently using. Watch this space. ®