Big Mike is getting agnostic about heavenly infrastructure 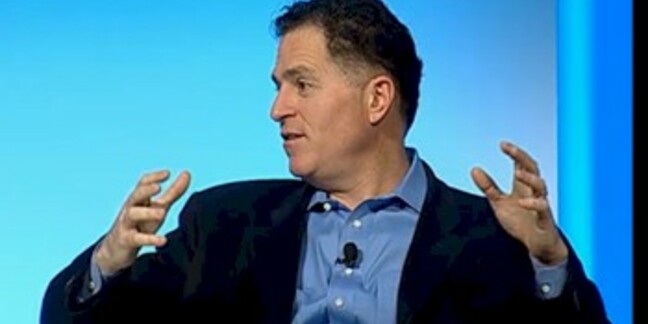 Having bought a slew of management tools for server virtualization and clouds either directly or through its acquisition of Quest Software, the last thing you might think IT giant Dell needs is another cloud management tool. Wrong. Dell has just inhaled Enstratius to give it a SaaSy cloud control freak to complement its existing tools – and to give it yet another bit of software to sell.

Enstratius changed its name last year because several other companies were using the enStratus name for different products around the globe, so if you have heard of enStratus but not Enstratius, now you know why.

The company is an offshoot of Valtira, a peddler of online marketing tools established in 2003, that was so frustrated by the tools that were available to manage cloudy infrastructure that it had to hack together its own starting in 2007.

And when the Valtira platform was made available on Amazon Web Services in May 2008 because Valtira did not want to have to build and maintain its own cloud, the tools that would eventually become the Enstratius cloud management platform made the jump as well, and were eventually split off as a separate product.

The Enstratius toolset can be run on premises atop your own iron or is delivered as a service running off of AWS, and it has enterprise-class access management and governance features as well as multi-cloud provisioning and monitoring capabilities. It also allows for virtual machine images running out on the clouds or in your private cloud running atop a supported hypervisor/cloud controller combination. It does these backups in a clever fashion that lets them be puffed out onto other clouds and run there.

The Enstratius tool also does load balancing within the regions of a particular cloud provider and can do disaster recovery from a second cloud provider, which makes it a popular tool among startups who have been burned by cloud downtime.

The governance features don't just keep track of who is accessing what, but can put spending caps on various applications or departments that are using cloudy capacity. The provisioning tools integrate with Chef and Puppet, the two most popular deployment tools on the clouds these days, and can manage autoscaling on all of the supported clouds. You can have one tool instead of five or six if you use multiple types of clouds – as most businesses will, no matter how hard they try otherwise.

At the moment, Enstratius has an Entry edition of its cloud control freak service that is free for up to five servers (whether physical or virtual) and with up to three users. This freebie service doesn't have backups built in, but you can pay extra to do them and to monitor and manage relational databases or do load balancing.

The Basic edition of the Enstratius service can have up to ten users, covers an unlimited number of servers, and does 30 backups per month; it costs $50 per month. The Standard edition costs $500 per month and has unlimited users and does 60 backups per month, plus it has LDAP and SAML integration for identity management and authentication, and tosses in monitoring functions for free. The Enterprise Edition also tosses in load balancing services for free and has unlimited backups for free; it costs $5,000 per month.

In the midst of a messy ordeal as company founder Michael Dell tries to take the company private, Dell has been pretty quiet of late and did not say much in its statement announcing the acquisition. It certainly did not say how much it paid for the company, which is based in Minneapolis, Minnesota. Enstratius has only raised a Series A round of funding, which brought it $3.5m back in November 2011, so it could have been eaten for a relatively small amount of dough.

Interestingly, the Dell Cloud is not one of the ones that Enstratius currently supports – but that is bound to change, and Dell appears to be enthusiastic about having a tool that spans clouds instead of being locked into one of them.

Dell says that the Enstratius tool complements the Active System Manager (formerly known as GaleForce) cloud management tool that the company got its hands on last November when it inhaled Gale Technologies for an undisclosed sum.

It looks like building up ASM to hook into all the big public clouds was too tough of a task, and buying Enstratius solved the problem quickly and simply.

Now Dell has yet another product to try to fit into its existing hairball of Scalent, GaleForce, Boomi, Foglight, AppAssure, and NetVault management tools. Each of these does different things, but there is a lot of overlap. ®

Predicts demand to drop off as component prices rise, no hint of layoff plans