You reboot a popular science fiction series, but you cleverly restart the series’ timeline too, to give you not only a fresh, clean page on which to begin writing a brand new mythology, but also a fan-friendly way to tie it all in to the established continuity.

That’s the trick director JJ Abrams - he of Lost fame - and screenwriters Roberto Orci and Alex Kurtzman managed to pull off with 2009’s Star Trek. And, having swept the USS Enterprise’s decks of 40 years’ dusty, muddled continuity, what do they do for a follow up? Do they boldly go forward in an exciting new direction that while respecting the old nonetheless gives us something fresh? 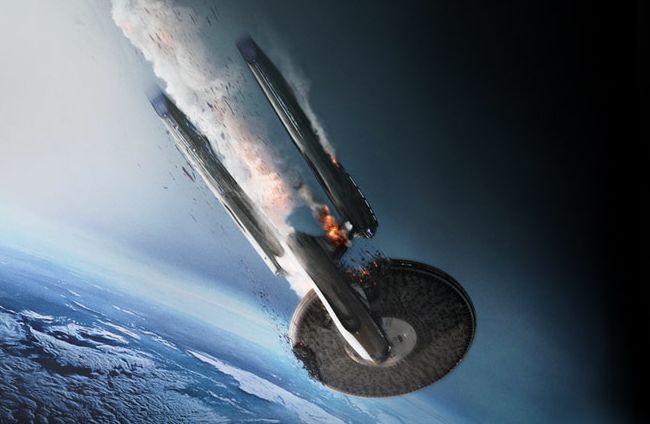 The Earth threatened, the Enterprise all but destroyed... again

Do they heck. No, they turn right back on the series’ past and munge together elements from the mid-1960s TV show and the films of the early 1980s in a movie, Into Darkness, that plays out like the worst kind of fan fiction: rehashing established continuity for the sake of it, and without bringing any new ideas to the table.

I shouldn’t reveal the Enterprise crew’s adversary - you can find out on IMDB if you don’t care about spoilers - though dear old Leonard Nimoy is once again called out of retirement, this time to inform his younger self that their opponent is one of the most dangerous the original line-up ever faced. This time round Nimoy appears merely on a video link, like ailing first Doctor William Hartnell in The Three Doctors, to advise but not to assist. Please, let the poor man rest. 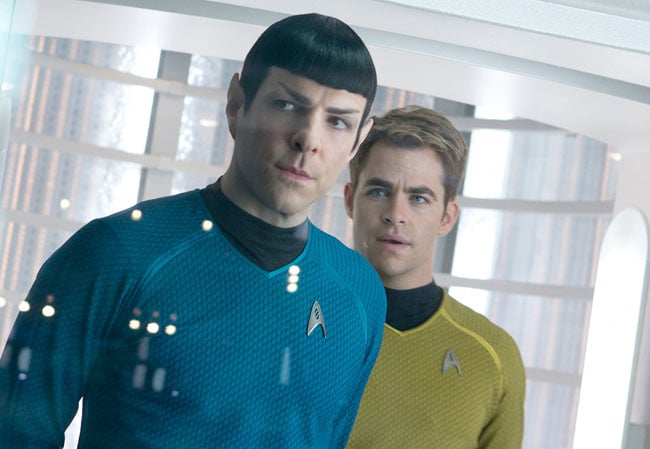 The eyebrows have it

Spock Senior’s appearance to provide his junior with data that could easily be found within the ship’s computer databank - and would have been in the original series - is just another example of the obsessive compulsive fan behaviour shown by Abrams, Orci, Kurtzman and new co-writer (and film Producer) Damon Lindelof. ’We got both Spocks in. Because we can!’ It can’t, surely, be because no one will believe this is a real Trek movie without him?

I am not Spock

That’s the least of the writers’ fanboy excesses. Into Darkness quotes wholesale from one of its more popular predecessors in particular, grabbing lines from the earlier script and putting them into the mouths of different though appropriate characters in what becomes a massive, self-aware exercise in ‘Did you, like, see what we did there? Cool, huh?’ Citing previous films once or twice gives fans an opportunity to have a nice, warm chuckle, but there’s so much of it it quickly becomes tiresome. 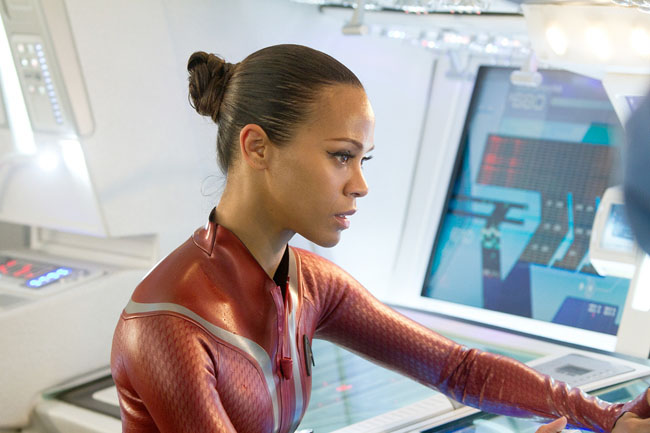 A specialist in alien tongue?

Orci, Kurtzman and Lindoff were all born in 1973, IMDB tells me, so missed the first three TV series’ debut runs, but would have caught repeats in the early 1980s, right at the time when the movies got their own mini reboot following the largely unsuccessful - but rather good - Star Trek: The Motion Picture. That refresh brought in a whole new audience for the franchise, kids who’d grown up on Star Wars and believed science fiction and space opera were one and the same. Star Trek went mainstream, and fandom, like Linux, forked: on one side the folk who preferred the more cerebral sci-fi of the five-year mission; on the other, those who just wanted more space battles.

The film’s three writers are clearly keener on the movies than the TV series. Abrams is a bit older, and probably caught re-runs of the original Trek in the years before Star Wars came out. But the early 1980s are obviously a strong influence on his work - witness his (rather good) homage to the Spielberg films of the period, Super 8. 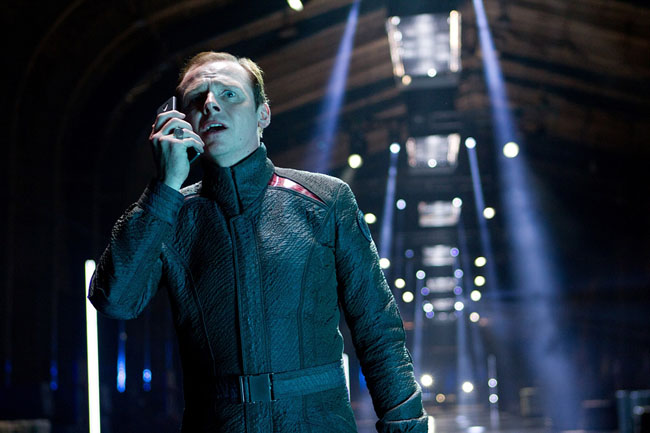 ‘Daisy, you’ll never guess where I am now’

Into Darkness is pure space opera, though it’s no less engaging or beautifully rendered for that. The hundreds of film crew who created the movie’s visual effects show that we are at last in the age of truly photorealistic CGI. While it’s clearly possible to work out which parts of certain sequences are digital and which are not - you can make a good guess simply based on what is being depicted - there are many, many instances where live action and CGI are blended with an undetectable join.