Pics Gesture control to operate next-gen home electronics is the next patent battleground - so last month we asked you lot for hand movements you'd like to see protected from the lawyers as prior art. Here are the most popular, and practical, suggestions.

Many of the gestures submitted were anatomically impossible, or at least extremely uncomfortable, but some were worth preserving. The idea behind the technology is to lash cameras to TVs, radios, fridges and so on, and use motion processing software to turn human movement into commands.

Rather than allow individual gestures to be patented, thus closing off useful and obvious body shaking to a select few manufacturers, we vowed to publish the best gestures to put it all into the public domain - thus keeping it out of the hands of patent-filing lawyers.

We asked our crack team of cybernetic engineers to roll out the El Reg android and demonstrate the ways in which you'll be controlling your TVs in the next decade.

Waving at the television will no longer be a sign of madness, but will trigger a tweet direct to the presenter to tell them, and everyone else, that you care. 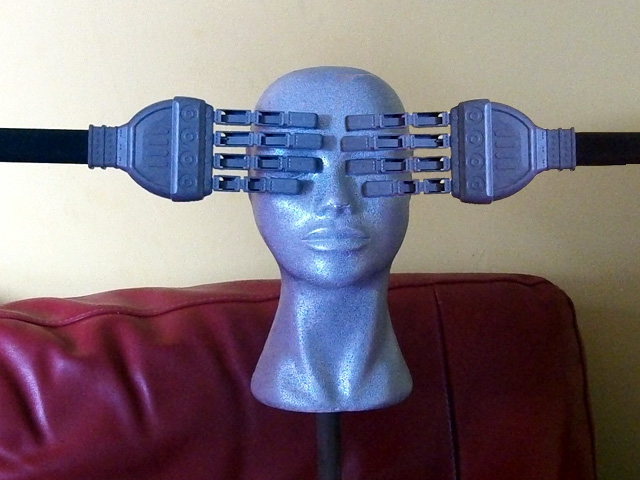 Covering one's eyes, the internationally-recognised symbol for blindness, will switch on the audio description. 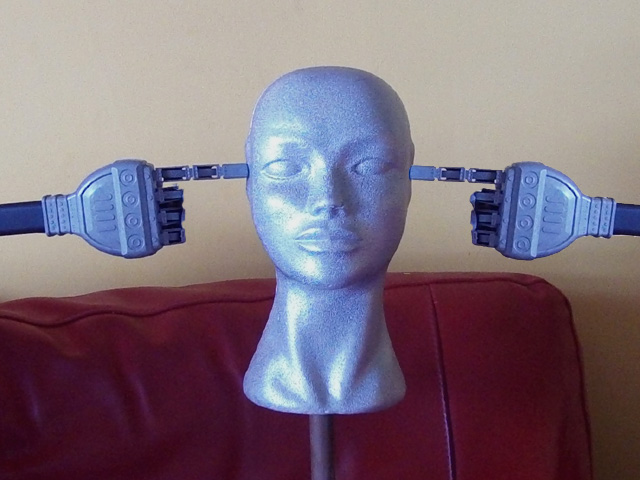 Fingers in the ears to request subtitles, or more autotune for when modern bands decide not to mime. 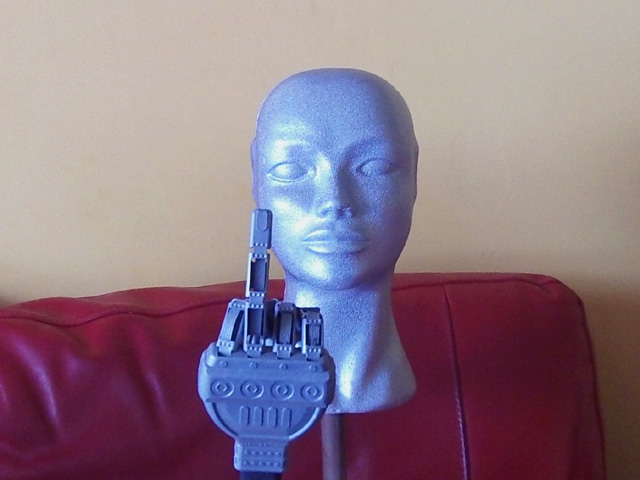 Move up one channel, obviously. 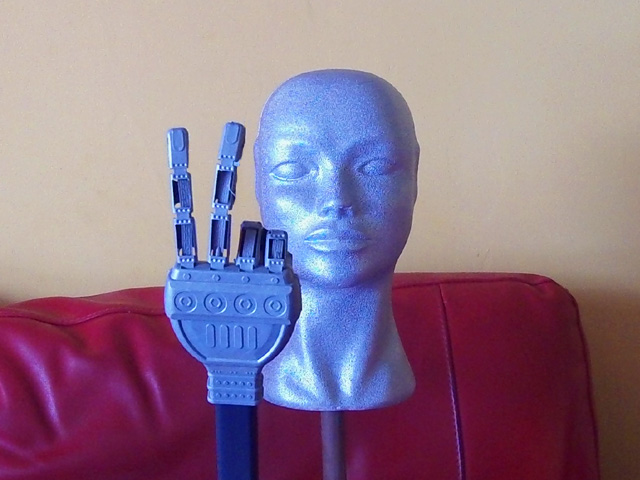 Move up two channels, for when the shopping channels aren't moving past quick enough. 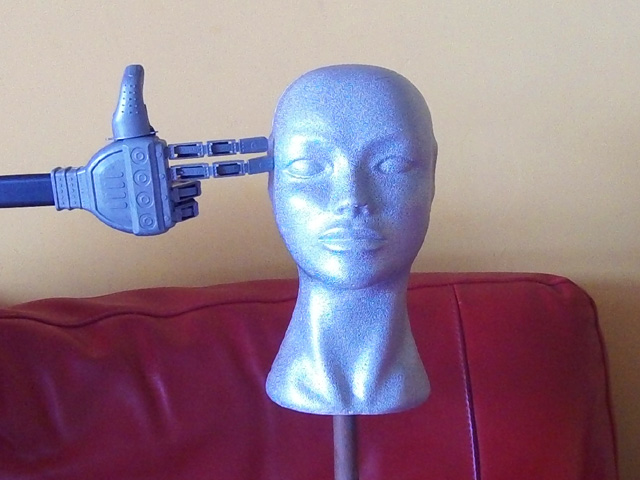 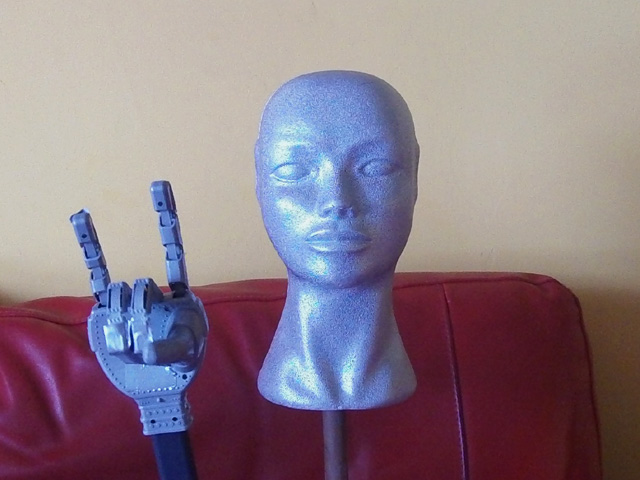 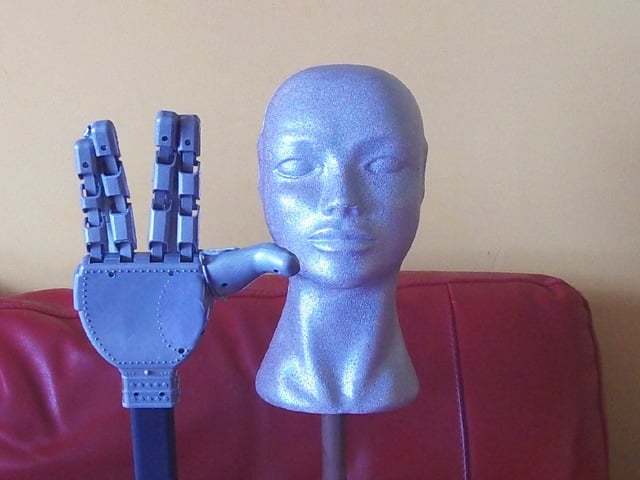 Find me a Star Trek rerun, there must be one somewhere. 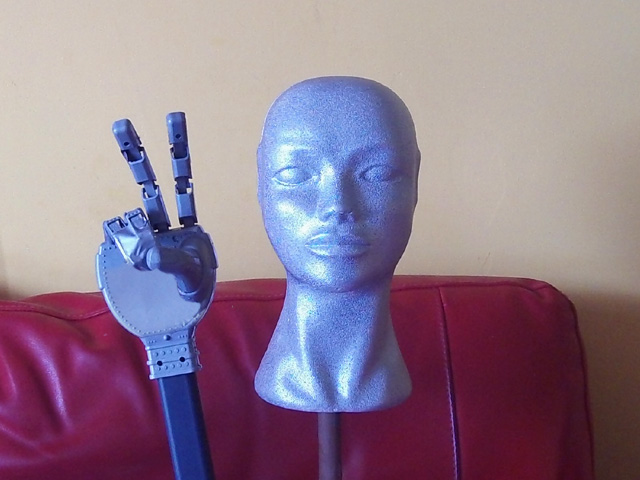 Switch to Yesterday, aka The History Channel, aka WWII-O-Vision

So there we have it, nine gestures preserved in the public domain for future generations to enjoy. Thanks for all your ideas, even the slightly more gymnastic suggestions beyond our model's ability to replicate.

The late Douglas Adams wrote on the subject, as Graham Marsden reminded us, and we'd point out that the ability to trigger gesture recognition only after a specific gesture is one of the patents which kicked off our discussion; making Zaphod Beeblebrox's predicament all the more prescient.

A loud clatter of gunk music flooded through the Heart of Gold cabin as Zaphod searched the sub-etha radio wave bands for news of himself. The machine was rather difficult to operate. For years radios had been operated by means of pressing buttons and turning dials; then as the technology became more sophisticated the controls were made touch-sensitive--you merely had to brush the panels with your fingers; now all you had to do was wave your hand in the general direction of the components and hope. It saved a lot of muscular expenditure, of course, but meant that you had to sit infuriatingly still if you wanted to keep listening to the same program.