Not cheap, but a most excellent Communicator

One of my four-year-olds pointed to a BlackBerry Bold recently and exclaimed "It's HALF A PHONE!".  She was pointing at the screen. And the other half? The answer, I elicited later, was that it was some kind of letters game.

Just think about that for a moment. Every day of your life you've seen adults pawing at a phone, but only ever with a full-screen display. Today, releasing a phone with a QWERTY keyboard appears to be quite perverse - and carrying one becomes almost a retro fashion statement.

The market has been educated into typing on glass, and full touch onscreen keyboards can spew out text as fast or faster than physical QWERTYs. What would be the point, you may rationally ask, of crippling a smartphone with such an encumbrance? It leaves less room for viewing web pages and messages, which is what we do most of the time.

The Q10 provides an emphatic answer to that question. 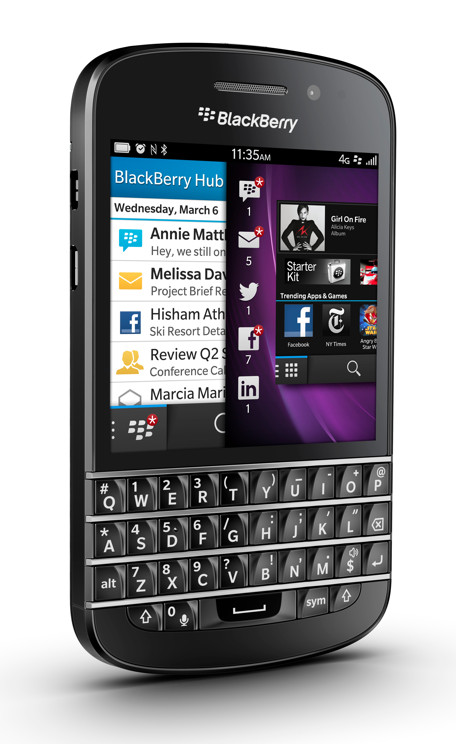 BlackBerry Q10. This marketing render doesn't show the Hub to its full advantage: you can
usually see six messages at once.

To evoke a now-forgotten category, the Q10 is a terrific "Communicator". It does everything that a modern smartphone should do, but really excels as an integrated organiser and communications device. Like Psion and Palm once did, BlackBerry designs its software with immense thoughtfulness and a clear idea of what people want to do. When this is built into a first-class telephone, you have a very appealing proposition indeed.

Of the big mobile players, only Apple still controls both the platform software and its own hardware devices, and BlackBerry shows a similar attention to detail. But of the two, BlackBerry is far more responsive - it has to be - and it is iterating its brand-new mobile operating system very rapidly. The progress from the first flakey BB10 just three months ago to BB10.1 in the Q10 is very impressive.

The Q10 banishes some long-standing and legitimate gripes of BlackBerry users. The old BlackBerry OS limped into the modern era in a pretty sorry condition. Yes, messaging (and IM and Twitter) were excellent, but almost every other aspect of the platform had become seriously sub-par: particularly web browsing and imaging, and the platform was patched together with glue and string. BB10 fixes this. The BB10 browser is as good, or better, than any rival.

I found the Q10's call quality to be outstanding, with a good implementation of HD voice. You can boost bass and treble in the phone options. Web browsing was a pleasant surprise; I expected to only use the "half a phone" browser for emergencies, but it's actually very usable. What the Q10 lacks in display size, it makes up for with the browser's outstanding "Reader" mode, used in combination with convenient keyboard shortcuts. The device's battery life is excellent, and appears to be improving as the platform is optimised. Battery life looks to be one of the key strengths of QNX. Which is ironic, really, as until recently this venerable embedded OS was not considered a mobile OS at all. Unless you count a car as a "mobile platform".

Where the QWERTY keys really pay off is not in a head-to-head typing competition, but because permanent shortcut buttons offer so much convenience in so many contexts. Processing an inbox is much faster using single-key shortcuts (backspace to delete, for example, or "W" to flag a message) than by swiping every time. Personally, I found that the time taken to type a message was about the same or maybe even slower than on glass.

But overall, the seconds add up throughout the day, the Q10 got the jobs done far more quickly than any rival I've tried. Your finger muscles will thank you for not swiping - although as we shall see, it's not all plain sailing.

The Q10 is very similar in size to the premium BlackBerry it supersedes, the Bold 9900. It is also a little heavier. (Q10: 119.6mm x 66.8mm x 10.35mm and 139g. Bold 9900: 115mm x 66mm x 10.5mm and 130g). Both the battery cover and the top rear of the device are finished with a very comfortable new material that gives it a solid, slightly rubbery feel. The finish makes a big difference to the perception of the device, I found, as it gives a true grip, but without the cheap feel of a rubber or silicone jacket.

A steel frame is reinforced with struts front and back, the rear bar is raised a little to protect the camera lens. Dispensing with the traditional trackball and call keys, the Q10 has a screen some 30 per cent larger than the 9900, and slightly larger keys. The 720 x 720 resolution 3.1 inch display works out at a 330ppi pixel density, (versus 287ppi on its VGA predecessor) and text looks outstanding on the SuperAMOLED, where black really is black. BB10 has been tweaked with a new darker theme. 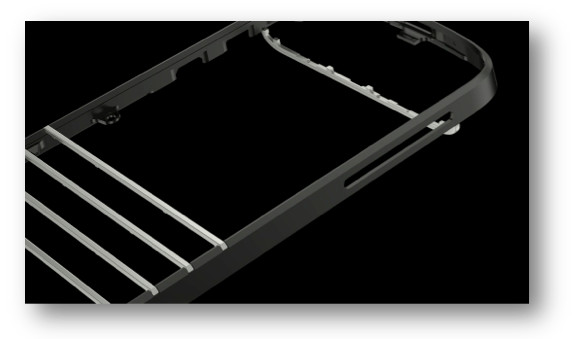 The innards are the same as the BlackBerry Z10: a dual core SnapDragon 1.5Ghz, 16GB of storage (expandable to 32GB), 4G LTE support and NFC. BlackBerry claims 13.5 hour talk time on 3G, and nine hours of video playback. In practice, the Q10 lasted well over a day of heavy usage. The phone only got warm during the initial setup phase, when it was pulling in email and indexing the contents for instant text retrieval, from multiple accounts.

The physical QWERTY is the biggest USP, of course, and there's very little competition for QWERTY devices today. The Q10's keyboard is excellent, with a lighter feel than the Bold 9900, meaning it's a little less wearing on the joints, but still firm. It must be held a little lower than the Bold, but

Whether this matters to you depends on what you want your phone to do. The stock iOS and Windows keyboards are now very good indeed, and SwiftKey's excellent keyboard deserves the plaudits. BlackBerry's Z10 keyboard, apparently using technology licensed from Swiftkey, is outstanding. It's not as if you'd find yourself handicapped in any way without QWERTY. Interestingly, the Z10 word prediction is incorporated into the Q10 but turned off by default.

The 8MP camera performed well enough, and can take 1080p HD video, while the 2MP front camera is well-specced for video calls. By default it takes square photos, and although the aspect ratio can easily changed, it naturally gets a "letterbox" look. The latest cut of BlackBerry's BB10 integrates photo editing nicely into the main app. 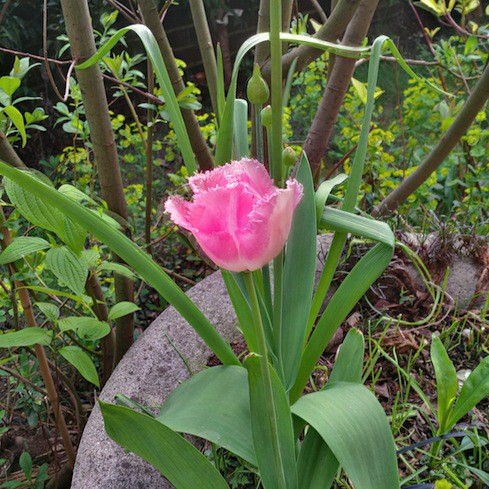 Some ghosting is evident in this picture, taken in HDR mode, new to BB10.1

BlackBerry has built NFC into devices across its legacy, and it is present here. However I failed to pair the Q10 with the JBL PowerUp speaker, or the NFC music gateway hub. BlackBerry says it does support bonk-to-pay and file transfer.

One surprising (and for me inexplicable) omission is wireless charging. The 9900 supported it, but the Q10 lacks the 9900's contact points at the bottom. Hopefully a third party will fill the gap now that Qi is emerging as a standard.