A Brit adventurer is poised to occupy the North Atlantic granite outcrop of Rockall - once described as "the most isolated speck of rock, surrounded by water, on the surface of the earth".1

Nick Hancock plans to spend 60 days atop the sacred islet - which lies some 480km off the west coast of Scotland - during his Rockall Solo Endurance Expedition in aid of Help for Heroes. 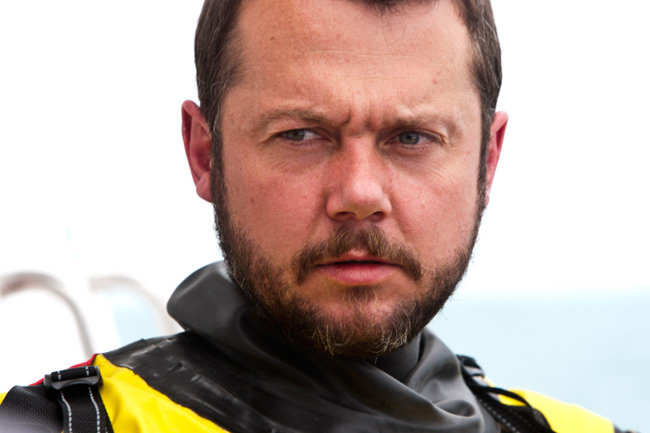 Last year, Nick scaled the rock on a reconnaissance mission for his forthcoming adventure, which will see him hole up for two months in his "RockPod". 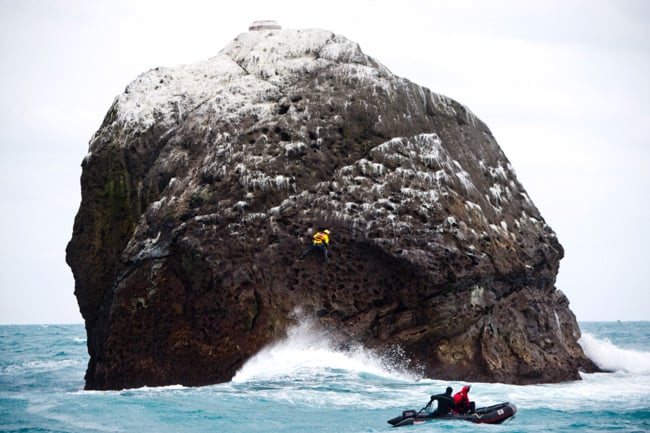 The trickiest part of the trip will certainly be the landing. Nick told El Reg he was concerned about "getting all my kit and shelter up onto Hall's Ledge"2, adding: "This is when there's the highest risk of injury and when the weather and swell will be crucial."

As a veteran of two trips to Rockall, this hack can confirm the weather is indeed a major factor in any assault. On my first jaunt back in 2003, my shipmates Jamie Cambridge and Al Baker - a veteran of Greenpeace's 1997 "Waveland" occupation of the outcrop3 - were driven back by the swell. 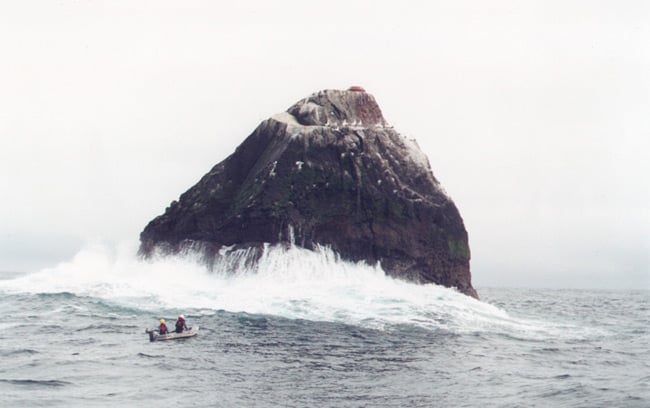 A touch of swell during our 2003 assault on the sacred islet. Pic: Mark Alden 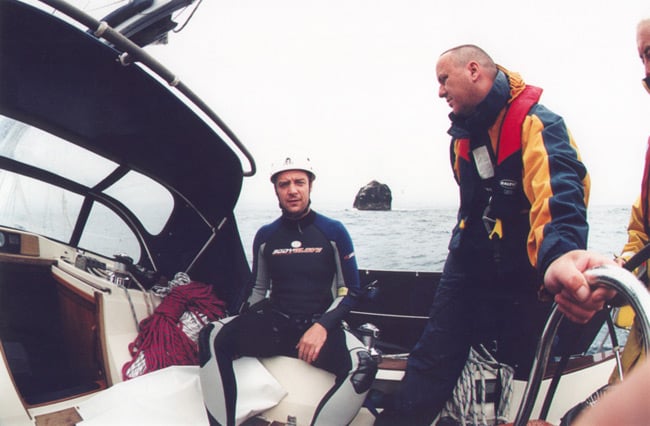 Jamie Cambridge and me after the attempt. Pic: Mark Alden

As very long-term readers will recall, I went back in 2005 for another pop, when Neptune favoured the team with calm seas, allowing a leisurely ascent4... 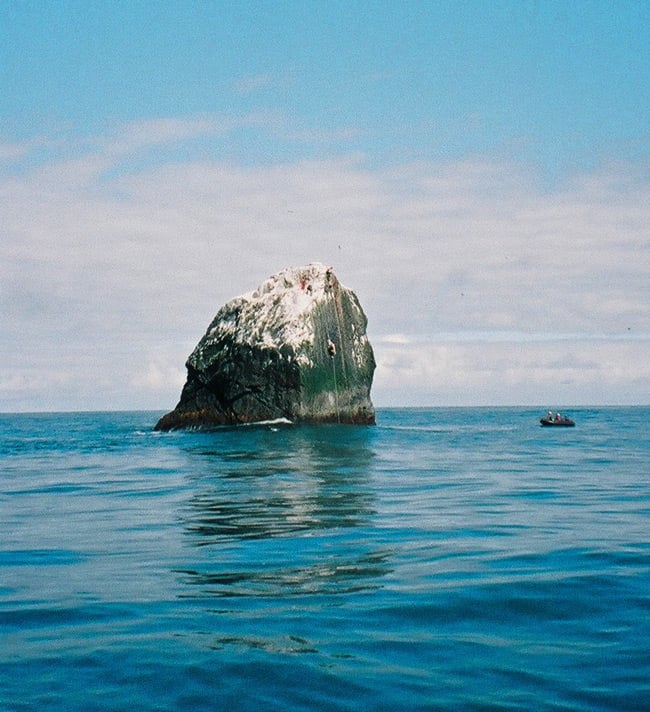 Success: Our 2005 ascent of the sacred islet

...and here's my own photo of the kind of view Nick will hopefully be enjoying during his stay: 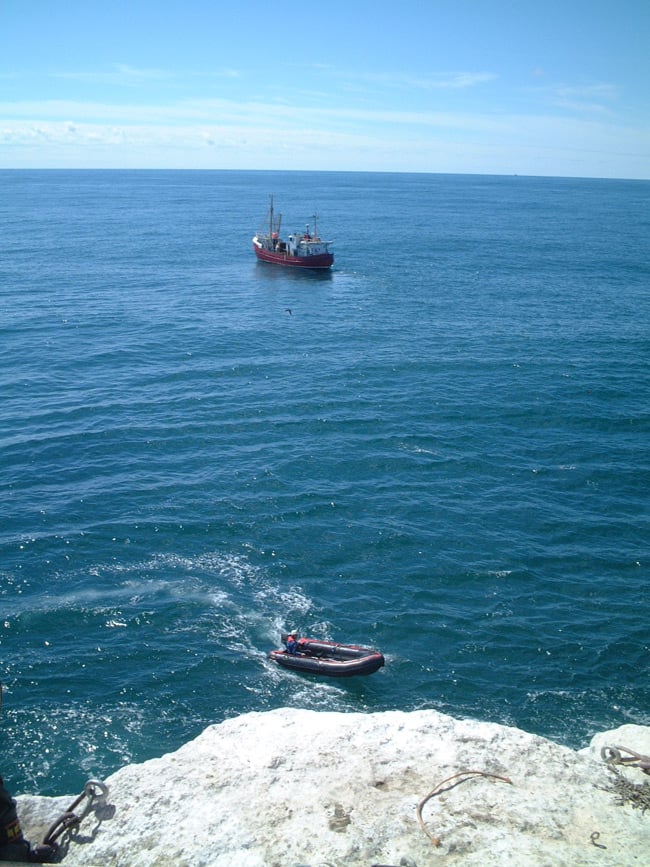 A rock with a view

Of course, the North Atlantic is unlikely to be so kind for a continuous 60 days, although Nick is confident his RockPod will weather any storm. He said: "The weather is a concern, mostly because it's so unpredictable these days. My shelter is far stronger than Tom McLean's5 plywood box and he survived for 40 days in that, so I'm confident that my pod will survive the 60 days I need it to. Its rigid, strong, waterproof, and will be tethered down at 16 points to Rockall."

Once lashed to the rock, Nick will spend his time fishing, ("although I'm not relying on catching anything", he admitted) and keeping in touch via sat comms and VHF. He explained: "This will enable me to update Twitter (@RockallNick), my blog (http://rockallsolo.blogspot.com) and speak to passing fishing boats."

Well, we wish Nick fair winds and following seas for his bold adventure, and if you fancy lending your support to his Help for Heroes charity drive, you can make a donation right here. ®

2 The small flat platform atop Rockall, named in honour of Lt. Basil Hall, the first person to land on the islet, back in 1811.

3 There's more on the Greenpeace occupation from the Independent, right here. The report includes a 1971 quote from Lord Kennett, who'd obviously decided against a holiday on Rockall when he said: "There can be no place more desolate, despairing and awful."

4 Our success earned us membership of the Rockall Club, open only to those who've stood on Hall's Ledge.

5 The former SAS chap who in 1985 spent 40 days on Rockall, to affirm British claims to the islet.