Smalls for your smartphone, anyone?

Pics The Japanese adult male is widely considered to be utterly obsessed with young women’s small clothing. While we’d rather not pander to this particular stereotype, we have to admit the Land of the Rising Sun doesn’t do itself any favours.

Well, not with products like these coming out of it.

Exhibit A is a set of “panties for your phone” - small... er... smalls formed to slip over the bottom of your favourite handset and keep its lower ports covered in public. 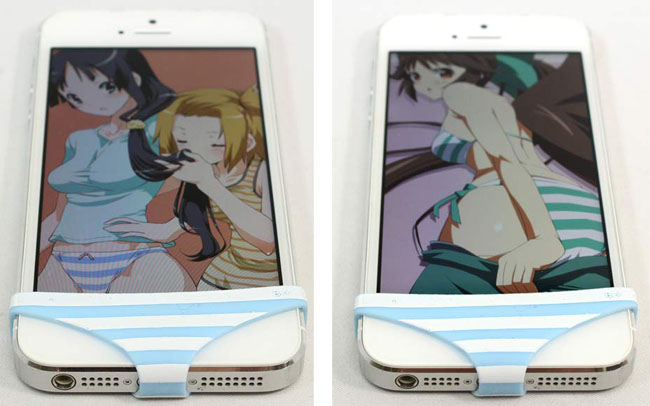 The phone pants’ rubbery material makes it easy to slip aside the gusset for a Lightning insertion - in the case of iPhone 5 owners - or to let out one of those micro USB jobs favoured by Android owners.

“The smartphone panties will work with any standard phone such as an iPhone or similar sized Android phone, up to Samsung Galaxy Note in size - the largest smartphones might have trouble though,” warned one popular retail website, the perhaps appropriately named J Box.

Clearly, the binary boxers won’t stretch to a fondleslab’s girth.

Available as a set of drawers, the unusual undies comes in seven styles covering both genders. 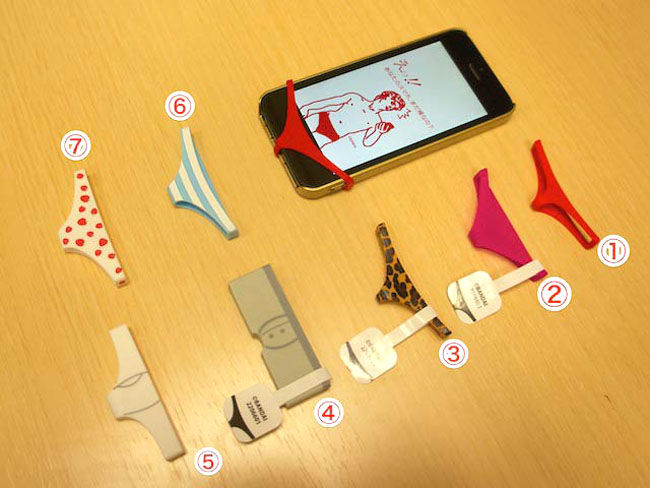 We are not making this up ... seven skimpy styles

Mad as these bonkers briefs are are, can you honestly say they any more ridiculous than the rabbit-ear phone cases favoured by some of the less sophisticated ladies in our own fair land?

Thanks to reader Ant for the tip. He spotted it on, of all places, the Google+ page of Windows text editor Notepad++. The cheek of it.