Microsoft honcho pleads with media: 'Stop picking on us!'

Updated Microsoft has taken quite a pounding in the press over Windows 8, and it has only intensified the rumors that the planned update to the OS might roll back some of its more controversial features. But Redmond has had quite enough now, and it wants it all to stop.

On Friday, Frank X. Shaw, Microsoft's corporate vice president of corporate communications (say that ten times fast) took to the company's official blog in a plea for sanity – or some version of it – from some of Redmond's harsher critics.

He didn't name names, but he did provide links to some examples of what he was talking about. But hey, let's let the man have his say. Without further ado, here is the text of his memo, duly annotated for your further enlightenment:

There are many advantages to living in a world that is mostly connected. Feedback is immediate. Weak signals are easily amplified. Voices can be heard.

He's off to a good start here. The internet is making us all equal.

Of course, every benefit has a drawback.

But some of us are more equal than others, it seems.

In this world where everyone is a publisher, there is a trend to the extreme – where those who want to stand out opt for sensationalism and hyperbole over nuanced analysis.

We would never, Mr. Shaw! But pray, continue. 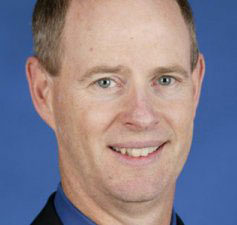 He's starting to lose us here. He seems to making some kind of point about the redesigned UI of Visual Studio 2012, but we're not sure. Let's keep moving.

It's been a week like that, from a couple of unlikely sources. :)

At this point, we'll spare you the clicks and spoil his surprise: the two sources he's talking about are The Financial Times and The Economist, each of which recently ran a story describing Windows 8 as a "failure" and suggesting that the forthcoming update, codenamed Blue, is Microsoft's attempt to apply the brakes before it turns into an out-and-out disaster. They were hardly the first.

So let's pause for a moment and consider the center. In the center, selling 100 million copies of a product is a good thing.

Here he's referencing Microsoft's oft-touted sales figure for Windows 8, only recently updated from 60 million in a series of interviews with Windows marketing and finance chief Tami Reller – including the very FT article Shaw linked to a paragraph ago. Sounds like he doesn't think that particular talk went so well.

Of course, we only have Microsoft's word to go on for Windows shipments, and just because it says it sold a license doesn't mean the software ended up on an actual customer's computer. Most of those sales are thought to be to OEMs for as-yet-unbuilt kit. Meanwhile, some analysts reckon that Windows 8 has actually slowed PC sales ... but we digress.

Is that clear? Microsoft is listening to customer feedback and acting on it – never mind that it's being so secretive about it that it won't even tell us what changes it plans to make when it ships its Windows 8.1 update later this year. Rest assured that whatever it's up to, it's what you wanted – just like the first time around.

Windows 8 is a good product, and it's getting better every day. Unlike a can of soda, a computer operating system offers different experiences to different customers to meet different needs, while still moving the entire industry toward an exciting future of touch, mobility, and seamless, cross-device experiences.

He's got us there. Try as he might, your Reg hack cannot fathom how the can of Pepsi he clutches in his quaking paw is helping to enable an exciting future of seamless, cross-device experiences.

As to whether an operating system must offer different experiences to different customers, though, that seems up for debate. Apple markets two operating systems – OS X and iOS – each targeted toward a different audience and a different type of device. Microsoft, on the other hand, seems to want to shoehorn everything into the same box – and this is, in fact, one of the most frequent criticisms of Windows 8.

We are going to keep improving Windows 8, as we do with all our products, making what's good even better. There will be new devices, new use cases, new data that makes us think, "Hey, we should do more of this, or less of that." And we will.

In other words, just because Microsoft has announced major changes to Windows 8 and half the internet is clamoring for specific fixes, don't assume that the product wasn't just perfect to begin with. Because it was. Or rather, it is.

Hold on a sec. So it's still OK to disagree strongly with Microsoft's direction? And talk about it? Because a minute ago it sounded like he was saying that wasn't OK.

So perhaps this week's lesson is look less to the edges and more to the center. There's more light there.

We'll spare you Shaw's link to a Microsoft marketing blog but we'll leave in his second link, which is his example of "more light." Specifically, it is a link to an editorial on Gizmodo. Got that? The Financial Times, The Economist ... don't trust those shameless, muckraking charlatans! Stick with Gizmodo.

Thanks for the elucidation, Mr. Shaw. ®

Microsoft's Frank X. Shaw tweeted a response to this piece on Friday afternoon. Needless to say, he disagreed with our position: