In purely commercial terms, the Samsung Galaxy S III was always going to be a tough act to follow. After all, it established and then cemented Samsung’s position as the number one smartphone maker by volume - and the only one to give Apple the collywobbles.

I suspect that’s why Samsung has played it safe and opted for evolution rather than revolution with the S III’s successor. Make no mistake, the Galaxy S4 isn’t much of a trailblazer. In fact, if you were being unkind, you could accuse it of just being the Galaxy S III Mk. II. 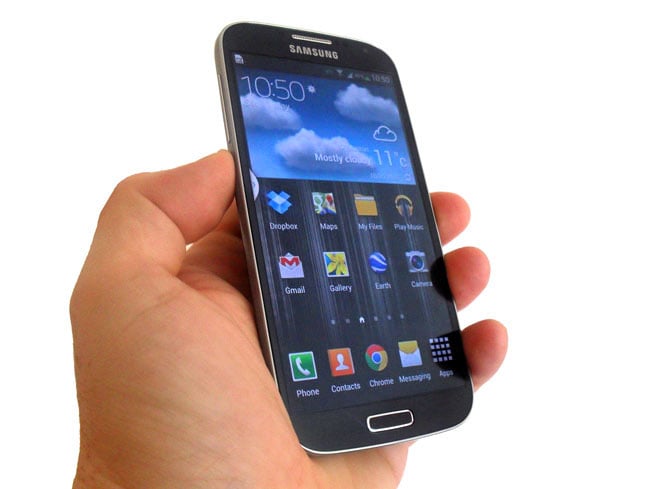 That chipset makes the S4 the most powerful smartphone on sale today. Well, almost. Then there’s another version, the I9500, which has Samsung’s own Exynos 5 Octa 5410 chip on board to give it a wee bit more grunt on paper. But the UK is only getting the LTE-compatible I9505 variant that I’ve got in my paw at the moment. 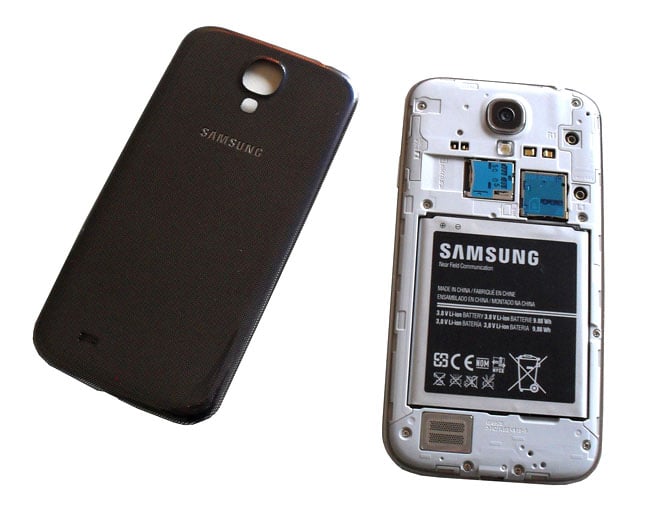 Yes, the battery is still removable

The main camera has had a pixel count boost from 8Mp to 13Mp, while the webcam has been given a rather smaller bump from 1.9Mp to 2.0Mp. The battery has been sent to the gym too: it now has a capacity of 2600mAh, rather than 2100mAh.

Many of you will doubtless be relieved to hear of the two things that Samsung has not messed with: the removable battery and the Micro SD slot. As was the case with the S III, the S4 is available with either 16, 32 or 64GB of on-board storage. Personally, I’d go for the 32GB version because the system takes up nearly 8GB of space. If memory serves me right, the 8GB Nexus 4 loses 3GB to the system, which suggests that all the Samsung-added extras take up around 5GB.

Thanks to the slavishly similar design, the S4 looks at first glance much like its predecessor. In fact, I suspect many people will be pushed to tell the two apart unless they see them side by side.

Despite a bigger battery and larger screen, the S4 manages to be thinner than its predecessor

Despite the larger screen and battery, the S4 is 3g lighter, 0.8mm narrower and, at 7.9mm, 0.7mm thinner than the S III. That’s quite an achievement. The thinness of the side bezel is particularly impressive because it makes the S4 easier to use single handedly than the S III, despite the greater screen acreage.

It’s still a rather plastic affair, though a new surface treatment makes it feel less cheap than the S III. Compared to the iPhone 5 and HTC One, the S4 still doesn’t comes across as a truly premium bit of kit.

As many of you will know from my previous reviews of Galaxy handsets, I’m not a fan of the physical home button that Samsung seems wedded to. It looks and feels old fashioned to me, though it clearly doesn’t bother the millions of S III and Note 2 owners out there.

Next page: The 'Droid you are looking for?
Page: