Android is a mess and needs sprucing up, admits chief

Can Google really fix it? It isn't in control any more 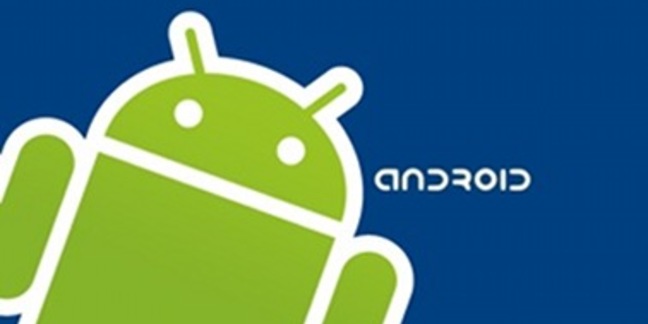 Comment Android looks unstoppable, and it's a mess. The first fact tends to eclipse the second observation, but Android's new supremo diplomatically acknowledges as much in an interview.

You may wonder what the head of Chrome OS is doing lording it over the Android nation. Since the departure of Andy Rubin, who founded the Android startup and led development at Google, Android is part of Pichai's Chrome empire.

Android today is like Microsoft's Windows 3.1 was twenty years ago. Nobody loves it. Its appeal is strictly utilitarian: it drops the punter in a decent app store, there's a choice of brand name manufacturers, and it has enormous momentum. And all without an Apple tax. In 1993, most people hadn't seen an Acorn Archimedes, a business-class Amiga or a NeXT box. Most business users hadn't even seen a Mac.

They did know all about DOS, however, and while Windows was inferior to all the alternatives (painfully and comically so), Windows was what got them out of a command line-based world cheaply. Apple might have educated the market and introduced the modern smartphone era, but it's Android that's capturing the spoils. Or more precisely, Samsung is. (But we'll get on to that.)

Pichai is as diplomatic as he can be, but his emphasis is surely correct. People use Android in spite of the end user experience, not because of it. The user experience is sub-optimal whether it's at the luxury end of the scale or at the Landfill Android end.

At the Landfill Android end of the market, it gets really gruesome. Low cost hardware can't really run Ice Cream Sandwich well, while 45 per cent of Android devices still run Gingerbread, or lower. Where Android is most successful is in emerging markets - many are 2G - where they deliver a Frankenstein experience, often denuded of Google services.

So the market never lies, right? It's futile to dispute this - but tastes change, and markets change with them. Today the buying intentions of the market are an expression of gratitude for their first or second smartphone. But one of the more interesting stats emerged here, from a survey of buying US intentions by Yankee Group. One in four Android owners would consider a platform switch - higher than rival platforms.

Twenty per cent of the market will be switching from dumbphones or feature phones to smartphones, and Yankee predicts Apple will capture most of that, rather than Microsoft. The warning signs are there.

While it is evident from Android's progress that Google has been working hard to improve the user interface (UI), it is far from clear what it can do about what's called the "user experience" (UX), what it's actually like to use the thing in the wild as a regular punter - and the UX is much more than than the UI.

The anarchy of Android means Google can't stop Samsung or Sony plastering the phone with their own apps and services. It means they can't stop manufacturers throwing out sub-specced Landfill at low prices. It can't stop Asian shops stripping out anything Googly, and cranking out barely-functional handsets.

Perhaps it doesn't care. As Enders analyst Ben Evans unceasingly points out, Google subsidises Android not because it's in the OS business, but because it's in the data collection business. As long as Google is collecting data, it's happy. Even Google+ is a data collection mechanism, not a social network. This will continue until the Big Data bubble bursts, and the overwhelming imperative to acquire more data is called into question. That could be when Google's service businesses mature, so it's pocketing real money and not behavioural inferences. That's already happening, faster than people think.

Whatever the case may be, I can't see Google transforming Android into the kind of slick experience you get on Windows Phone today. But I don't see Android going away any time soon, either. Microsoft educated the market into at least one thing: expecting a sub-par user experience. Punters might grumble, Microsoft reckoned, but they won't switch. ®

We did what? Look again, it's not there

MWC Hands On And it makes you look silly