Cluster kids, pick your weapons: It's the Battle of Leipzig 2.0

HPC blog Napoleon experienced his first defeat* there 200 years ago... Now nine teams of university undergrad students will travel to Leipzig in the hopes of winning the clash of big iron that is the International Supercomputing Conference 2013 (ISC’13) Student Cluster Challenge.

Nine teams of university undergrad students will build their own clusters and compete live on the ISC’13 show floor to see who can get the most performance out of their big iron. (For more details on this competition, click here and here.)

There are three teams defending the European hearth and home: one veteran squad and two newcomers. Let’s take a closer look… 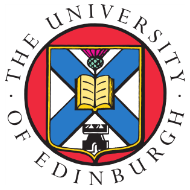 The University of Edinburgh, founded in 1583, is easily the oldest university in the competition. If reputation and legacy alone could win the day, Edinburgh would only have to show up to collect the medals (there aren’t any actual medals). Check out these stats:

QS University Rankings places Edinburgh as number 53 in Science & Technology. The school has produced 15 Nobel Laureates including Winston Churchill (literature) and Max Born (physics), plus other luminaries such as Thomas Bayes (of Bayes’ Theorem), Klaus Fuchs, and John Clerk Maxwell, who worked with electromagnetic fields in the late nineteenth century. Even the guy who invented the ATM (John Shepherd Barron) is an Edinburgh alum.

For a 430-year-old university, Edinburgh has done a pretty good job of keeping up with technology. The EPCC (Edinburgh Parallel Computing Centre) is home to not one but two Top500 supercomputers. The largest system is 23rd-ranked DiRAC, a 1-PFLOP/s, 93,000-core IBM BlueGene/Q system that is the second largest system in the UK and seventh largest supercomputer in all of Europe.

Edinburgh's Cray HECToR cluster comes in at number 36 on the 2012 list and is equipped with 90,000 AMD Opteron 6200 cores. The EPCC, along with hardware sponsor Viglen Limited, is supporting the Edinburgh team.

This is the first time the university has participated in a cluster competition. (I think the vicious taunting I gave them in 2011 played a role, but with characteristic modesty, I won’t take all the credit.) Edinburgh will be bringing a team of six students who are all pursuing degrees in High Performance Computing. The team has a good balance of real-world and research HPC experience with big clusters and optimizing parallel code, which should serve them well in the coming battle.

Judging by their proposal, this team has devoted a lot of thought to the competition and their approach to winning. The details need to remain confidential until the action begins, but I can say that the Edinburgh strategy is going to attract a lot of attention. And it won’t be due to colorful kilts or the savory smells of Cock-a-Leekie soup and kippers emanating from their booth. 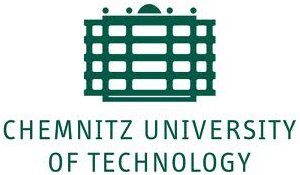 Chemnitz University of Technology is only 51 miles (83km) from Leipzig and thus the hometown favorite. The school, founded in 1836, was a fast starter in terms of science and technology. During one pre-1900 period, Chemnitz generated more patent registrations than any other institution in the world. Currently, the university is ranked near the top of German technical schools, a reputation they’ll be putting on the line at the student cluster challenge.

Judging by their entry application, Chemnitz (or TUC, which stands for Technische Universitat Chemnitz) has a deep HPC curriculum, including courses and research on FPGA and GPU application acceleration. Team TUC has partnered with German hardware vendor MEGWARE GmbH to build “TurboTUC,” the schlachtkreuzer they hope to ride to victory.

While Team TUC is composed primarily of students studying computer science, some team members have pure science backgrounds in areas such as chemistry and theoretical physics to go along with their computer-related smarts.

According to the team, this will help them optimise the scientific routines more efficiently, since these teammates have a deeper understanding of what the applications are actually doing. One of the Team TUC coaches is also the administrator of the 500-node “CHiC” cluster at Chemnitz – so the students shouldn’t have a problem getting machine time to test their optimisations.

As a first-time competitor, TeamTUC won’t know for sure how they’ll react in the pressure-packed atmosphere of a major league student cluster challenge. Do they have the right system configuration to take on the tough and experienced foreign teams? Do they have the right mix of skills and experience to handle the manic sprint pace of the ISC competition? We’ll find out in a few short weeks. 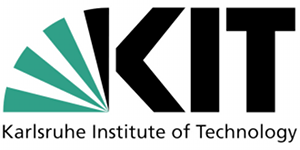 The KIT kids are back to compete for the ISC’13 cluster cup (although there isn’t an actual cup). This is the second time the Karlsruhe Institute of Technology from Karlsruhe, Germany is going for the gold at ISC.

Last year’s team, in their first effort, came in second on LINPACK, losing to the GPU-fueled NUDT team from China. Team KIT also scored well on the scientific applications, scoring a first-place finish on one app and nailing down the second spot on four others. The team’s collective personalities and ability to engage show attendees snared the ‘Fan Favorite’ award in 2012.

This year, the KIT effort is supported by 12 students and two supervisors. It’s difficult to tell which six students will be on the actual competition team; it could be that they’re delaying that decision until closer to game time.

All of the potential players are third- or fourth-year computer science majors, all of whom look to be pretty deep on Linux, parallel computing, and compilers. Some of the students expressed interest and experience in specialised topics like accelerators, low-power computing, and cooling technology.

According to their application, they’re tapping into the 2012 team for support and guidance. This should help, although there’s no substitute for experience. While some teams talked about consulting with subject matter experts on the various scientific applications, I didn’t see this in KIT’s proposal. This doesn’t necessarily mean that they aren’t doing it, but it’s not something they called out as part of their preparation.

They also hadn’t nailed down their hardware choices for this year, which isn’t unusual. Last year, the Team KIT wielded a 13-node, 208-core, Intel Xeon E5-based system with 128GB RAM per node. They came into the competition with the highest node and core count, and tied for the most memory per node. While we don’t yet know what sort of gear Team KIT will be bringing to ISC’13 , cluster competition observers believe that the KIT team has a chance to take all the marbles this year (there aren’t any real marbles to take, unfortunately.)

The European teams face big challenges from abroad this year, including two Chinese powerhouse teams (one of which is the returning champion from 2012), two veteran-packed teams from the US, and two first-time competitors from below the equator. Stay tuned for profiles on these competitors. ®

* The first Battle of Liepzig in 1813, with more than 600,000 combatants, was the largest pre-WW1 battle in Europe and marked Napoleon's first defeat. The clash was primarily a European affair; Napoleon’s French Army (plus some allies) faced off against a coalition that included Russia, Prussia, Austria, Sweden, Britain, Spain and Portugal. The upcoming ISC’13 cluster battle, on the other hand, has a global scope, with teams from five of the seven continents (Australia and Antarctica are no-shows...).