I said ‘no’ to a million-pound Tech City empire

Handed on a plate, thrown back in your face

Something for the Weekend, Sir? I have been propositioned in a toilet by a 72-year-old man. He wants me to move in with him and do the business.

Ah, it’s possible that I may have phrased this poorly. What I really meant to say is that he is looking to me to arise and provide him with a youthful injection to keep him in the game.

No, no, you’re getting the wrong idea. This bloke, right, grabbed me on the back stairs and said he wasn’t ready to bow down, but insists he would always be straight with me.

One of my regular clients has been running a small business - one might even call it a modest "empire" - that flourished during the late 1970s and throughout the 1980s and 1990s before being deliberately relaxed in the Noughties as he headed towards retirement. By 2010, his commercial operation had shrunk from about 30 full-time staff to just two employees plus a couple of occasional freelancers. 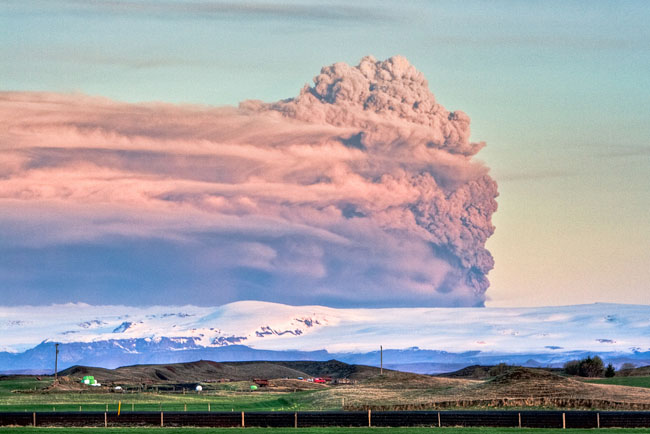 I first freelanced for him in April that year, mischievously taking advantage of another freelancer’s misfortune in getting stranded in Australia during the volcanic ash debacle but who, once the airlanes were eventually cleared for safety, curiously decided not to return to Blighty anyway.

Certainly, people ended up doing many odd and unexpected things while marooned alongside Johnny Foreigner due to Eyjafjallajökull’s naughtiness. My daughter was on a school trip to Italy and Greece at the time. Apparently, as soon as the flights were cancelled, the travel insurance kicked in, causing everyone on the trip - two teachers and an entire Classics class of giggling teenage girls, still flushed with the effort of browsing statues of naked athletes for 10 days - to be transferred from their Dickensian hostel dormitory to a luxury four-star hotel. They spent the next week lounging by the pool before fighting their way home across the Mediterranean and southern Europe via ferry, coach and train for a further three days.

Anyway, I’ve been working for this client regularly ever since and it is a fascinating experience for two reasons. First, his current handful of staff continue to work in the same office that housed his bustling business of the previous decades: a maximum of five people rattling about in 2,000 square feet of office space. I have often been tempted to throw some cartwheels when he’s not looking or try a running leap over an old desk, Johnny Knoxville-style.

Second, the office occupies an entire floor of what was once a Victorian storehouse within a small estate of similar buildings in Shoreditch, London.

Now, when my client purchased the property in the 1980s, Shoreditch was known by those outside the capital only as a church name in the traditional song Oranges and Lemons. By those living inside London, it was known as a shithole. But after 20 years of subsequent waves of immigration and the expansion of the financial district further eastwards, and despite its local reputation among overpaid City wankers as the go-to place for lapdancing clubs, Shoreditch is today referred to by estate agents as “trendy”.

The media calls it “Britain’s Silicon Valley”. London Mayor Boris Johnson dubs it “Tech City”. Authentic pubs, eco-cafes and stylish clothes shops are opening all over the place. The streets are populated almost entirely by people in their early 20s, spending their mornings thrashing out JavaScript and CSS3, their afternoons launching SAAS products and smartphone apps, their nights laying down moves to, er, banging tunes, er, dude.

In short, my client purchased a cheap office in an East End dump that, contrary to all expectations, has transformed into a million-pound property in Tech City. Better still, all his neighbours on the other floors and adjacent buildings are studios for photographers and movie-editing suites, so at least one day a week is enlivened by the sight of lingerie models padding around the site, usually in their lingerie.

Enjoying some jars in one of the new pubs last Friday night, my client hinted at his relunctant intention to sell up and retire. I must have muttered something along the lines of “Just imagine what I could do with 2,000 square feet in Tech City...” and so the initial proposition was laid out: that I should rent the floor from him at half the going rate, take over financial and administrative responsibiity for keeping his business going for another two years, and then as a reward, have the opportunity to purchase the property outright at its 2013 valuation.

After this proposition was repeated back at the office, in the kitchen next to the loos, earlier this week, it appears he is perfectly serious.

Asking the bank for funding comes at a price

One day I’m a jobbing IT freelancer, the next I’m a potential Tech City business magnate and property tycoon. I could launch magazines, websites and tablet apps from there, while keeping my client’s established business ticking over to cover the rent. Or I could just redecorate, order some designer furniture from Ikea and sublet the office incrementally as hotdesking space to freelancers like me, and quite possibly like you.

Unfortunately, after endless financial modeling, manipulating spreadsheets and a week of sleepless nights, I can’t see how I could balance the books. He wants me to move quickly but it’s not going to happen: I’d need a pot of cash to get into launch mode and prevent it from switching to tits-up mode within six months. Applying for finance, even from Boris Johnson’s IT-hugging projects, takes time. And in case you hadn’t noticed, banks are loath to lend any of that taxpayer money that we lent them over the last five years.

As I write this on Friday morning, I am just about to phone him to decline the offer.

Alistair Dabbs is a freelance technology tart, juggling IT journalism, editorial training and digital publishing. He is risk-averse, commercially feeble and scared of spiders. Opportunity knocks but once, yet always when you’re out and usually on the very day that B&Q has run out of replacement doorbells.