The curved plastic back has a pleasantly tactile finish to it which makes the SP much more comfortable to hold than flat, cold and clammy handsets like the Xperia Z and iPhone 5. The back panel does unclip but only to access the micro SD and micro SIM slots. The battery is firmly fixed in place, which will be a deal breaker to some, though I’d be lying if I said it mattered to me.

The difference between the Xperia Z’s 441dpi and the SP’s 319dpi screen is nowhere near as obvious as you might expect. In fact, unless you peer very closely indeed it’s hard to differentiate between the two. The SP’s panel is certainly the brighter though, as with the Z, contrast and viewing angles are no better than average. 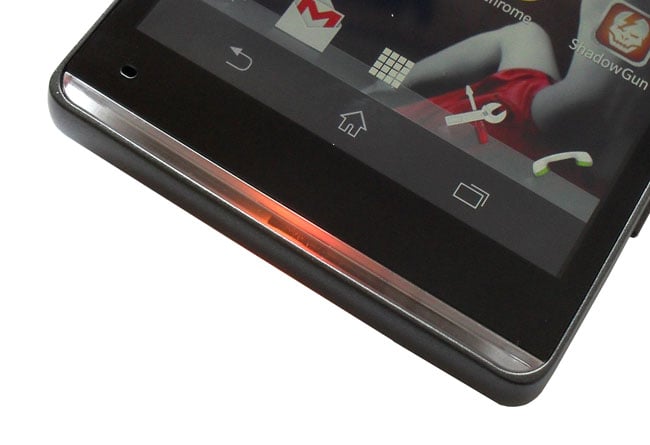 The notification bar glows red when charging, green when charged

Thanks to Sony’s Mobile Bravia Engine 2 processing, which makes good on its boasts of enhancing contrast and sharpness, reducing noise and improving colour saturation, videos look good on the SP. This makes up for some of the inherent failings in the bog-standard LCD panel.

When it comes to performance, the Qualcomm S4 Pro MSM8960T SoC turned in a respectable AnTuTu score of 15,500, while a test of JavaScript performance in the Chrome browser with SunSpider threw up an equally decent 1200ms. In the real world you needn’t worry about any performance giveaways to the current crop of quad-core superphones because frankly there aren’t any. 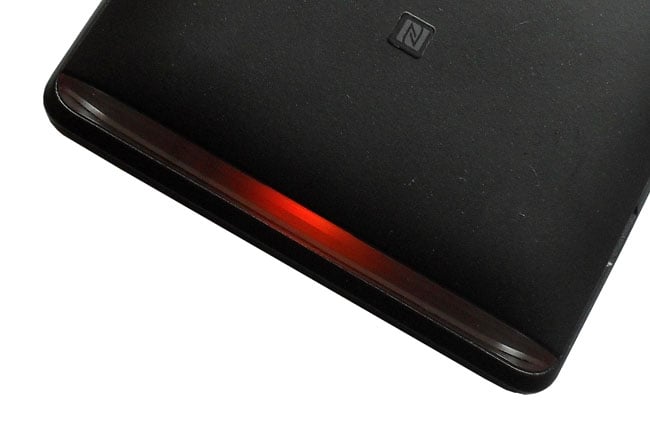 It glows round the back too

The UI is consistently fluid and even demanding games run cleanly. That’s mainly down to the Adreno 320 GPU, which is the same graphics chip used in the Xperia Z, UK-spec Samsung Galaxy S4 and the HTC One. I ran the Epic Citadel demo which uses the Unreal Engine 3 and got very similar average frames-per-second numbers to the S4; though admittedly, the S4 was running at its native 1920 x 1080, rather than the SP’s 1280 x 720.

With a dual- rather than quad-core processor, the battery takes less of a shafting. With it being unusually capacious by the standards of this, or any other price, category, I was able to get the thick end of two days of general use from one charge. 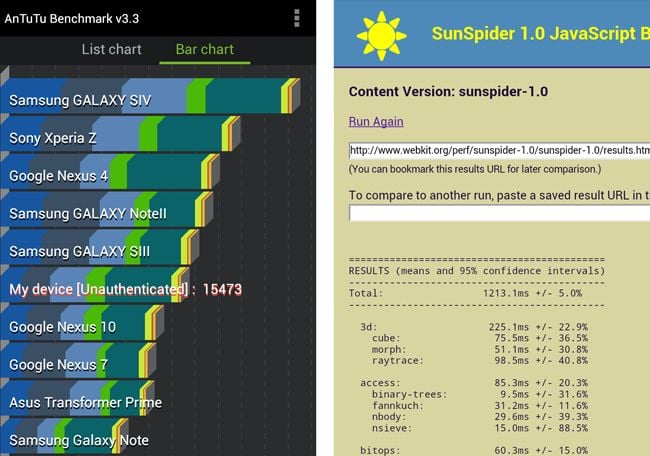 By “general use” I mean around an hour of web browsing, an hour of HD video playback and an hour of yakking on the phone each day with the screen brightness on automatic, the Wi-Fi radio on and a 3G SIM in play. Your mileage may differ. The less equivocal 720p MP4 video loop test drained the battery in eight hours and 25 minutes, which is impressive.

The SP currently runs Android 4.1.2 but it’s a fair bet a 4.2 upgrade will come along in due course. Beyond that, getting new versions of Android is in the lap of the Gods - though Sony, like most other major OEMs, does seem to be getting better at this update malarky. 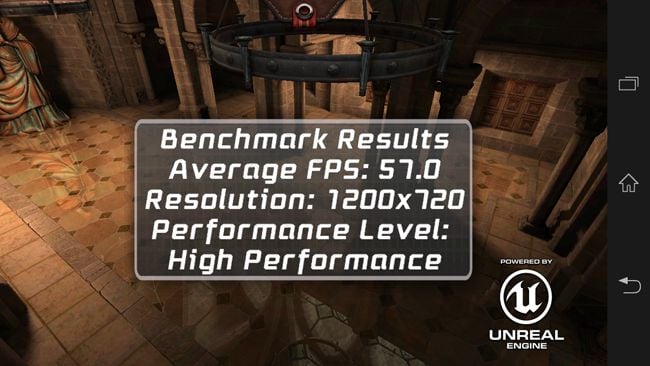 In Epic Citadel, the SP scores the same as the Galaxy S4, albeit at 720p rather than 1080p

I’m not a big fan of the design of Sony’s Xperia launcher but switching to an alternative like Nova or Apex involves no hardship or cost and you don't lose anything in the way of functionality. Even Sony’s widget-like mini apps continue to work as advertised.