Seagate has a new 4TB 3.5in hard disk for digital video recorders, TV set-top boxes and other such entertainment gear.

This rotating rust spins at 5,900RPM. Its sustained data delivery rate varies with capacity: Seagate reckons it's 180MB/sec for the 3TB and 4TB models, 144MB/sec for the 2TB one, and a curiously high 159MB/sec for the 1TB disk.

The 2TB and below models are renamed Pipeline HD products, which El Reg reckons are descendants of the old Barracuda Green disks. 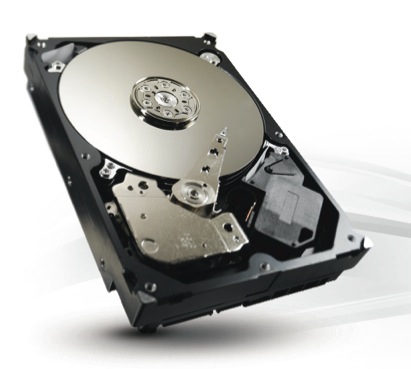 Seagate claims the 4TB Video 3.5 HDD can deliver up to 16 simultaneous high-definition video streams, and provides enough storage for 480 hours of such vids.

The 2TB, 3TB and 4TB drives could be four-platter products while the others have three. The product weights suggest a platter count change between the 1TB and higher-capacity drives as well:

The company has a smaller format Video 2.5 HDD, which offers up to 500GB of capacity and 12 simultaneous video streams. Pricing for the new 3.5in drive is not available at time of press. ®