The bunker at the end of the world - in Essex

The only way is Essex 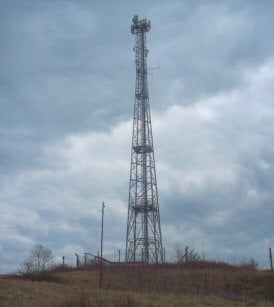 The radio antenna is the only outward sign that all is not
as it seems at the site. It's pretty noticeable, though

The tour itself is in turns frightening, impressive and saddening. The initial entrance tunnel on the lowest floor is 100 yards long of narrow and cooling bare concrete leading to the main and immense blast doors weighing over a ton each.

You’d know when these were shut you were gone for a good while.

Moving from room to room, you go past multiple communications rooms which were used over time and for reaching different destinations. The telephone exchanges – both manual and automatic – are in-situ as well as examples for radio communications and telex. Make your own pick but my favourites in this area are the BBC broadcasting suite and the famous "red telephones".

It’s nice to know that the BBC would have been there trying to reassure and inform people even if most of the audience’s radios would have no power... assuming they hadn’t actually melted.

The small studio formed part of the Wartime Broadcasting Service but was held in reserve in case the main broadcasting suite at Corsham lost contact with the regions, in which case it would have sprung into action. The red telephones were used to inform police stations and council offices to sound the air raid warning once the bombs were on the way. There’d be no happy reason to pick one up and no wonder they were kept under cover, someone would get a shock if accidentally used!

Moving up a level you reach the main offices and control centres, plus accommodation rooms for the government chiefs. They may be safe but looking at the prime minister’s bedroom you hardly feel that life was good, even for them.

The rest of the bunker spans the impressive, to the mundane, to the pitiful. The power generators and air conditioners are great, huge rooms full of piping and engines and Geiger counters everywhere remind you of the risks. Signs around the walls indicate the key operational areas. Judiciary, Home Office, Social Security, the Ministry of Agriculture & Fisheries and Fire Service all have desks. So do the Navy, Air Force and army but nothing for builders, doctors or farmers to actually start rebuilding the country.

Most mundane in the extreme has to be the stationery room where you had to justify the requisition of staples and paper. You even have to request a pencil holder for when it gets too small to hold on its own. 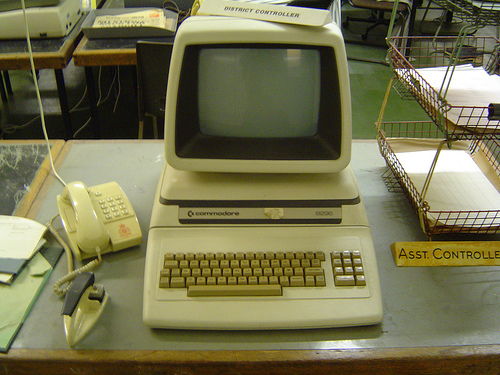 Commodore that once belonged to the district controller at Kelvedon Hatch.
Source: Gordon Joly

The living quarters are pitiful. The tiers of bunk beds would have been used in shifts to save room. There are also chemical toilets for when the base was closed to save precious water, and worst of all, cardboard coffins for those who didn’t make it. Boxed and bagged, the corpses could be pushed into corridors to wait the all-clear.

Only at the end of the tour do you see any of the usual tourist paraphernalia. Racks of old uniforms for dressing up, a few war-themed items for sale and a restaurant for lunch or refreshments. Right at the end you’ll find the honesty box for your entrance fee so even here it’s a happy help-yourself system.

The entrance charge is £7 for adults, £5 for children with group discounts available. Cash only though, so come prepared.

You exit blinking into the unfamiliar sunshine through a hidden entrance from the top level, walk back down and you’re in the car park again.

Go try Kelvedon Hatch. An unbelievable amount of money was spent preparing for an eventuality that never arrived. But the site is a haunting reminder, an atmospheric experience of what life, for a terrified few, might have been.

Kelvedon Hatch is accessed by from the A128 Chipping Ongar to Brentwood road at Kelvedon Hatch. With GPS use the postal code CM14 5TL and look out for the brown Tourist signs, which is the first indication your trip will be fun, for they are marked "Secret Nuclear Bunker". Bliss. ®

Nearby places to see: