Product Round-up If the rumours are to be believed, Apple and Microsoft are both developing "smartwatches" - wrist-worn gadgets that do rather more than simply display the time.

The Apple rumours kicked off after smartwatch-pioneer Pebble’s Kickstarter campaign generated kilometres of column-inches, and with Cupertino on the case, it wasn’t long before Redmond was said to be on it too.

Apple - if it is indeed working on a smartwatch - is new to the game, but Microsoft has form. In 2004, it partnered with a number of watchmakers, including Citizen, Fossil, Swatch, Suunto and Tissot on a scheme called Spot: Smart Personal Object Technology. Spot watches tuned into a US service called MSN Direct which broadcast news, weather, stocks, film times, horoscopes and other time-sensitive data over FM frequencies - the sort of information we now pick up on our phones. 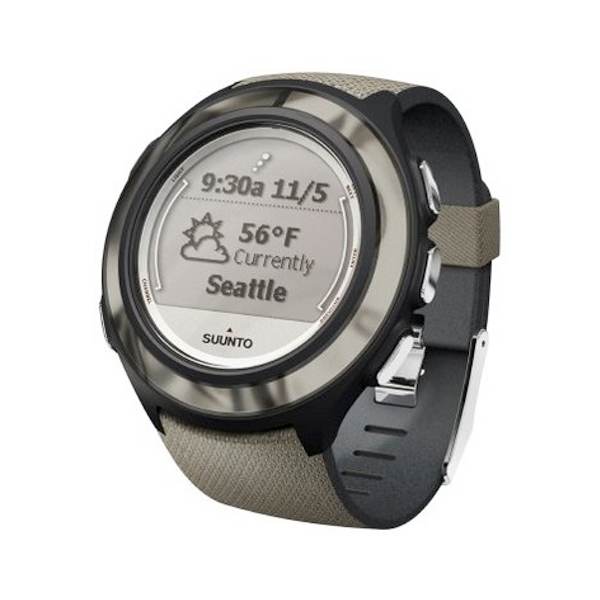 In fact, for all the current buzz around the smartwatch, tech’d up timepieces have been making headlines for the past decade or more. A quick survey of past Register write-ups reveals Motorola demo’d a phone-in-a-watch in February 2000, six months before IBM engineers showed off a proof-of-concept watch running Linux.

The early Noughties saw a number of no-name Chinese companies pitch Dick Tracy-style watchphones, and Japan’s venerable telco NTT DoCoMo even shipped one itself in 2003. Five years later, Korea’s LG had a go, building its offering around Windows Mobile 6.5, a move that encouraged Microsoft CEO Steve Ballmer to strap one on during a Mobile World Congress keynote the following year.

Not to be outdone by its arch-rival, Samsung unwrapped a watchphone of its own, the S9110, in 2009, only four years ago. It's believed to be working on a successor even as we speak.

Of course, the watchphones to date have been more about what vendors are able to make, rather than what punters actually want to use. Inevitably, they required Bluetooth headsets, gadgets that most phone users clearly don’t care for given how few of them you see being used on a daily basis.

Bluetooth is handy for transmitting data short distances between devices over the air, and is particularly useful for smartwatches: it can be used to wirelessly stream notifications from smartphone to watch. That’s the approach taken by all of the new generation of smartwatches - the Pebble, the MetaWatch, the WIMM One, the I’m Watch, the Cookoo and others. This approach has been aided by the arrival of Bluetooth 4.0 and its low-power mode to make streaming such data burn through less battery charge; maintaining a communications link by radio is a significant power drain for these tiny gadgets. As we shall see, they will try to minimise any exchange of information.

Sending notifications over a Bluetooth link isn’t new. In 2006, Sony’s phones division, back when it was Sony Ericsson, released a Bluetooth-connected watch in partnership with Fossil. The MBW-100 was a standard timepiece that could flash and beep to tell its wearer that an email or an SMS had just arrived. A year later, the pair extended the line with models sporting LCDs revealing a caller's ID. 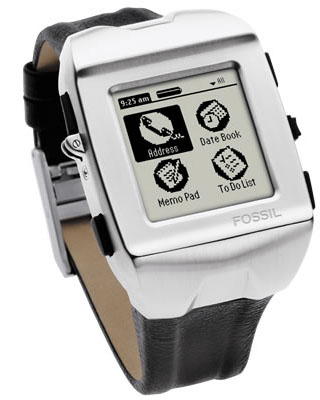 Fossil is one of the watchmakers most closely associated with the smartwatch. In addition to the Microsoft Spot gig and its work with Sony, it also teamed up with Palm to release a tiny wrist-worn personal organiser in 2005, complete with a minuscule stylus to tap the Wrist PDA’s 160 x 160 pixel, inch-square touchscreen.

Fossil was a year late getting the Wrist PDA to market, and the device was never a strong seller, even though it was priced at a not unreasonable $250. But then no other smartwatch has managed to set the world alight either. Microsoft knocked Spot on the head five years after it was launched - itself a year or so before watches became available to buy - due to insufficient sales.

LG still lists its GD910 watchphone on its website, but no one in the UK appears to be selling it. Samsung’s alternative is similarly all-but-impossible to lay your hands on. Sony’s partnership with Fossil ended some years ago, but it still offers a smartwatch, the Android-based SmartWatch, for a mere £89. SmartWatch, with its 1.3-inch OLED panel, is an evolution of LiveView, the small second-screen Sony pitched back in 2010. Neither has had punters falling over themselves to get hold of one.

Nor has Motorola’s answer to the Sony offering, the MOTOACTV, the music player-cum-phone accessory it launched in 2011. Aimed more at the fitness freak than the general watch-wearing punter, MOTOACTV is less a smartwatch, more a wrist-worn MP3 player and rival to the likes of Nike’s Fuelband tracking device for runners. TomTom is heading in the same direction with its upcoming GPS-enabled Runner and Multi-Sport gadgets.