Want to know what the Victory is all about? Think Bluetooth headset on your wrist: this watch has its own microphone and a speaker, allowing you to tap into your phone’s own voice control system, and to make and take calls. It’s the only smartwatch reviewed here that does this.

It’s a risky approach. How well the voice control works depends on the handset, not the watch. But I suspect users will be more likely to blame the Victory when the process proves unsatisfactory. Apple’s Siri was spectacularly unable to call a number in my address book, but rather than insulting the Cupertino crew for this failing, I just felt silly talking to my wrist over and over again. And I wasn’t even doing in public. 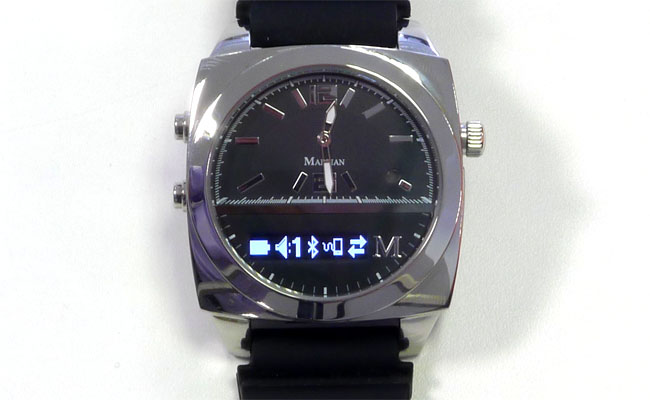 Not that you have to use voice: the Victory’s mic is sufficiently sensitive to pick up what you say with the watch at waist level, but not any further away from your mouth. I’d recommend wearing it on the inside of your wrist, military fashion, as it’ll feel more Blake’s 7, less Dick Tracy.

If this voice business doesn’t appeal, the Victory is still useable as a remote notification system, with email, SMS messages, Twitter mentions, Facebook direct messages, to-do reminders and calendar appointments all causing the watch’s LED light to flash once and the details to appear on the Victory’s single-line OLED panel: the sender or caller followed by the Tweet, the subject line of the email, or the first 40 characters of a text message, say. And the voice control link allows you to respond without pulling out your phone. 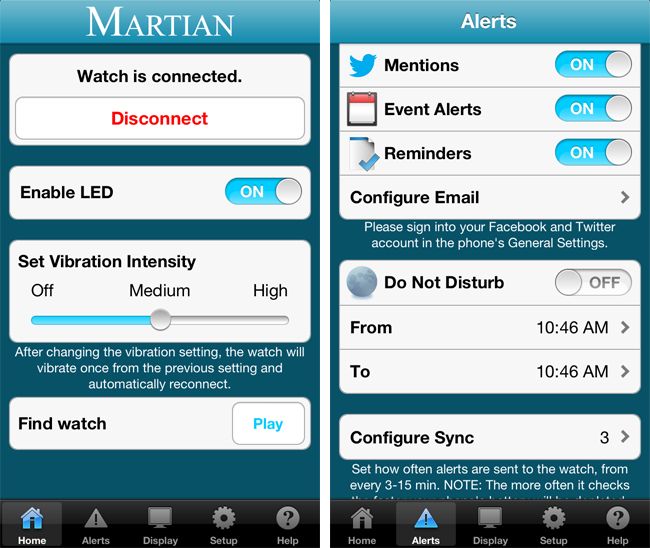 Most of this functionality requires the use of Martian’s app, in either of its Android and iOS forms, though you can do some very basic set-up on the watch itself and the voice command system only needs the watch-to-phone Bluetooth pairing, which can use either regular Bluetooth or its low-power incarnation. Tap the watch’s status button and it will present a line of icons for battery and connection status - and also the current date, absent from the watch’s manually set analogue face. It’ll also show the local weather and the time in another location, if you set these up in the app.

The app taps into the phone OS’s account database or apps provided by individual services, though while the Android version will talk to Google’s Gmail app, its iOS equivalent won’t communicate with Mail. To pick up email notifications on an iPhone, you need to key your server details into the iOS app, and only IMAP servers at that. Alas, only a single email account is supported. 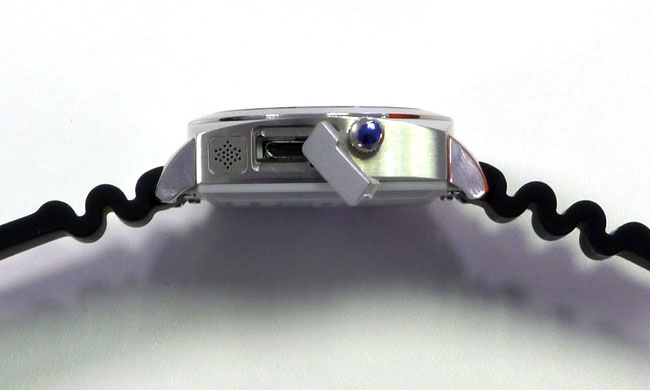 The Android and iOS versions of the app are almost identical in functionality, differing only to meet the requirements and features of each mobile OS. The Android version, for instance, has an extra alert option: "Installed app notifications", which seemingly allows the Martian app to send over system notifications from any other app installed on the phone. That's the idea - I found it didn’t work when I asked for alerts from the Email app, for one.

Martian tells me it is putting together a developer forum and will launch later this year a software development kit (SDK) for Android and a limited one for the iPhone too.

The Martian app also allows you to set a do-not-disturb period - handy for bedtimes or theatre evenings - and to disable the out-of-range warning, which is discreet, in any case. You can increase the frequency at which the app polls for notifications and pings them over to the watch. The more often this occurs, the quicker the Victory’s battery will drain, of course. 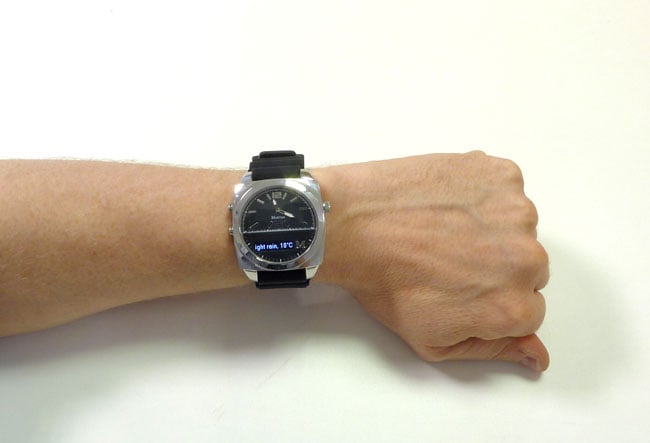 Martian claims the Victory will operate for seven days on a full charge, falling to two hours if you make extensive use of the voice facility. The analogue face is powered by the single on-board battery, but it’ll keep going for up to 30 days. Charging is easy: just plug in a micro USB cable. However, the USB and mic/speaker holes mean the Victory isn’t water resistant.

Personally, I’m not so keen on the Victory’s semi-circular analogue face. But it’s not an unattractive watch, with a certain retro charm. Its metal casing means it’s heavier than the Cookoo or the Casio, even though it’s actually smaller in size. I’d expect better build quality in a £200 watch - the mic grille was poorly set on my sample - but you’re paying for technology here, not watchmaker craft.

The Victory’s clear, easy-to-read OLED readout makes all the difference. It shows more characters and more types of information than the Casio scrolling display does, and certainly more than the Cookoo’s icons-only panel. A fresh firmware update, released as I was testing the watch, senses a tap on the glass and re-displays the most recent notification in response, though only within a minute of its receipt. Even without voice control, this is the most functional of the notification-centric smartwatches.

Latest platform software has not been licensed by two-thirds of legacy users, despite strong growth
Databases6 Dec 2022 | 3

A particle physicist, an astronomer and a cosmologist meet in a bar. You what, COSMA8?
HPC6 Dec 2022 | 3