It's not just incredibly hard, it's really quite pretty: Dark Souls II

Jump into a bonfire, see the world

Game Theory I knew there was something eerily familiar about the dead-eyed shuffle of my enemies in Dark Souls II and now I realise they remind me of the huge cannibal giants of Attack on Titan. Shambling to my recurrent death, I am now convinced the less forgiving the game, the greater the elation, sense of achievement and immersion. 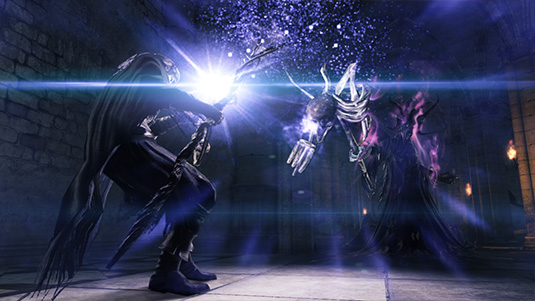 Fighting a necromancer, it happens, y'know

This game isn't my mum come to tuck me in, it's my evil stepmother ripping the sheets off to toughen me up, knowing I'll thank her for it later. But don’t be scared off by the infamous difficulty and lack of direction or an easy to follow narrative; this game will give you back tenfold whatever effort you put in.

Lately, most games I’ve played have felt dumbed down and Dark Souls II stands out in its ability to buck this trend.

I started out playing a Mage, who was a hopelessly brittle character and died after two hits from the lowest level of foe, so I quickly swapped to a Knight (and yes, I did start five characters trying to figure out which class was more likely to survive). Props to the developers for allowing a female model with a rugby player’s physique, looking especially fetching in the bandit outfit. 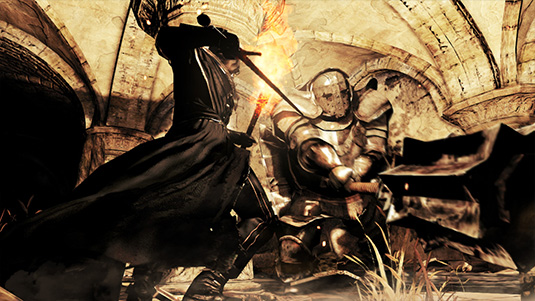 As a cursed Knight I battle scabby pirates and lumbering giants to progress in a narrative I’m not quite sure I follow but am definitely enjoying watching unfold.

Dark Souls II feels familiar. The style and systems of the original have been built upon and refined, which will make the game more inviting to new players. Majula, visually haunting like Dear Esther, is the game’s hub town – my safe haven and where I level up. At least in this harsh world I have somewhere familiar to hang out with vendors and NPCs, including an enigmatic feline touting his wears. 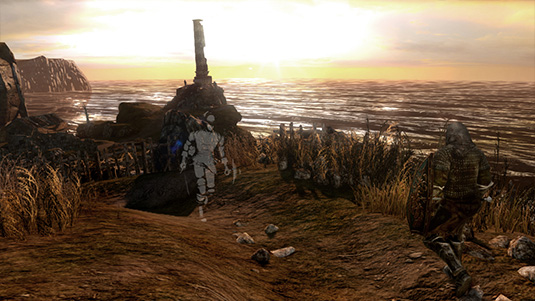 Out on the town

It’s here I can also sign up to a Covenant. Covenants align you to factions but choose wisely. I joined the Covenant of Champions only to find it made my foes more challenging to destroy. Luckily, I had my first Estus flask – a small leniency in this game, along with life gems – that I must grind for to increase my chances.

Hunting for an antidote to lift my undead curse is my purpose, but I need to be careful. The cost of dying is a deterioration of my hit points which can fall to 50 per cent of my total health which then means I must use rare human effigies to restore my humanity. 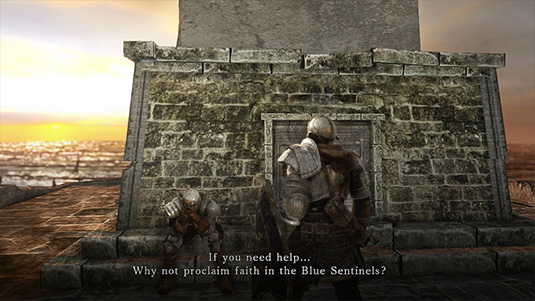 Covenants – all part of the deal

Dark Souls II uses souls as currency to buy and repair items but they are also the currency to level up – thus, you only have a finite amount of resources to complete the game.

If I kill a foe enough times they will no longer respawn; this means I can’t farm for souls endlessly on the lower levels. At first glance, organising my nine stats looks like an Excel nightmare but, on further inspection, is actually quite streamlined. Indeed, the ability to equip up to four rings to increase my stats allows for some interesting customisation. 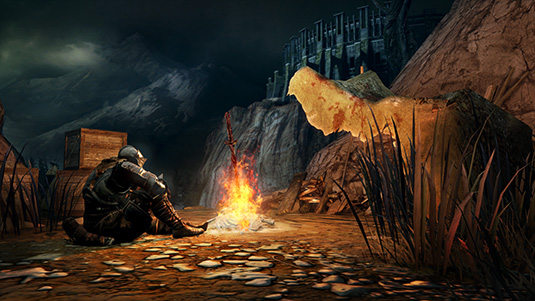 Fast travel by bonfire helps me to travel quickly between discovered zones in a world visually exquisite and diverse. The zones I have encountered all have their own unique aesthetic and challenges, not to mention infeasibly difficult bosses who regularly slaughter me.