Spam and the Byzantine Empire: How Bitcoin tech REALLY works

Everything you wanted to know but were afraid to ask

Can you keep a secret? Bitcoin doesn't

Transactions between Bitcoin parties are not secret: they are publicly broadcast to the Bitcoin network and collectively stored in the ledger. The default Bitcoin software has a mechanism to trim out this ledger to save on the storage space, but there is no reason that a member of the network must necessarily perform the trimming (indeed it is easy to imagine why some economists and governmental organizations would like to keep such data).

Although Bitcoin parties have identities (or, rather, a Bitcoin wallet has an identity) there is nothing inherent in the Bitcoin system that requires them to be tied to a real person (indeed, many people have more than one Bitcoin wallet).

But when Bitcoins interact with the wider financial world (such as being exchanged for real money through a Bitcoin bureau de change such as Mt. Gox) then a Bitcoin wallet can be attached to a real-world person (where these exchanges follow Know Your Customer regulations). By performing analysis on the patterns of transactions it becomes possible in some cases to trace what real people are doing. 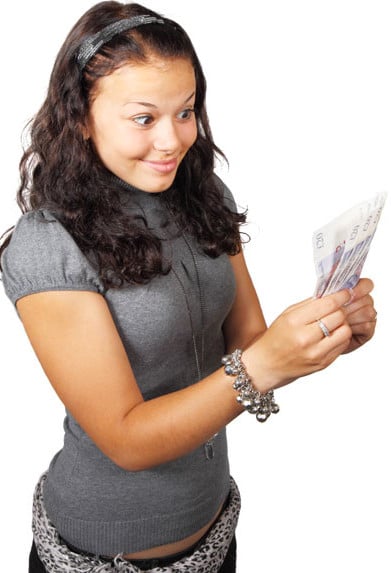 Paper money ... Unlike national currencies, Bitcoin can't
be manipulated by governments, yet

The Bitcoin ecosystem today is not very sophisticated: there is no borrowing or lending, no ability to short, and not that much spending (most people are hoarding Bitcoins). This lack of sophistication means that there is nothing to dampen Bitcoin volatility as sentiment seesaws.

When the Bitcoin-US dollar exchange rate falls or rises by a third within a day it’s impossible for a merchant to set prices in BTC (Bitcoins) unless he has such huge margins he can absorb the risk.

'The volatility also undermines Bitcoins as a store of value'

A merchant cannot even compute a BTC price for each customer as they buy: a Bitcoin transaction is normally only treated as confirmed after six blocks have been chained on and in this hour-long wait for confirmation from the Bitcoin network the BTC/USD price could have moved hugely. The volatility also undermines Bitcoins as a store of value: placing one’s savings out of the reach of Eurocratic haircuts one day only to find that the value of one’s savings fell by a third the next day would be annoying.

Because the basic Bitcoin system lacks financial sophistication people are seeking more sophisticated services (where Bitcoins can be kept in a cloud-hosted wallet or where transactions can be run without delays).

They then become vulnerable to the same wretched hive of scum and villainy that Bitcoin was designed to counter in the first place: BTC transfer service Bitinstant had a digital break-in last month, currency exchange Bitfloor suffered a major heist last year and mega-exchange Mt Gox has several times come under denial-of-service attacks leading to huge delays in exchanging Bitcoins for other currencies. All this undermines the network effects that are necessary for a new currency to work as money.

A better way to address Bitcoin’s shortcomings is to introduce sophistication into the ecosystem. If genuine banking were introduced it would provide lending and deposits and support more sophisticated financial products and even market makers. That could address some of the problems of volatility and deflation not least through the creation of broad money.

Bitcoin certainly isn’t perfect. Its problems stem from the inflexibility in the money supply: it has no banking system that allows broad money (that's money not just in wallets but in deposits and savings accounts, etc), and the narrow money (the actual BTC) is created by a very simple algorithm.

On the other hand, the inherent "flexibility" of a currency can be exploited and abused by political leaders, which explains the popularity of the Euro in Greece et al.

The Bitcoin network is a hard store of value compared to the "proper" currencies in countries where feckless politicians steal from the people by devaluation. Maybe a smarter Bitcoin could be envisaged where coins are minted based on a demand immune to human manipulation. Perhaps even a robot "central bank" (being the ledger itself) that runs purely algorithmically. But that’s for Bitcoin 2.0 ®

Ken Tindell is a technologist who has a doctorate in real-time systems, founded an automotive embedded systems company, has been the CTO of a digital TV startup, and is on the board of a two-factor authentication company. His current interests include real-time databases, video streaming, ultra-low latency trading systems and NLP. He has no interest in neurolinguistic programming.