Samsung has upgraded its SM843 server-level SSD, doubling its capacity and tripling its endurance.

The new SM843T SSD also has power-loss protection for the most recent data and AES-256 bit encryption.

But the original model's endurance of 1PB in total writes over its lifetime has tripled to 3.4PB written* for the 960GB S843T model. The company's release states that the S843T can have "20,000 sequential TBW (Terabytes Written) with the 960GB model."

Samsung has a pretty detailed brochure (PDF, short and colourful) available for the S843 on its website, but there's nothing yet for the S843T. 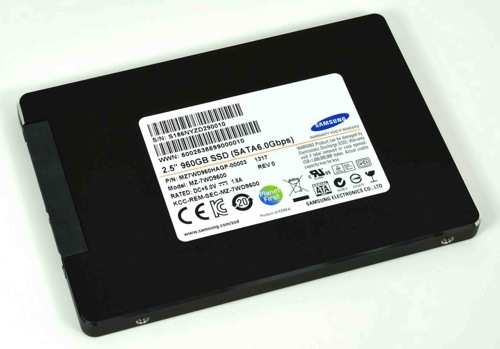 Samsung classes it as one of its Samsung Green SSDs, because it uses so little power; a piffling 0.3W at idle. It also quotes research house iSuppli, who say:

The global SSD market is expected to reach approximately $10 billion in revenues by the end of 2013, a 43 per cent increase over the previous year, led by sales of enterprise SSDs which it expects will account for approximately 47 per cent of the market in 2013.

* To view the specs for the SM843 and SM843T via that link, click on "Learn more" next to the “For enterprise solutions” heading.