You probably have 'medium data' and are paranoid about privacy, says CTO 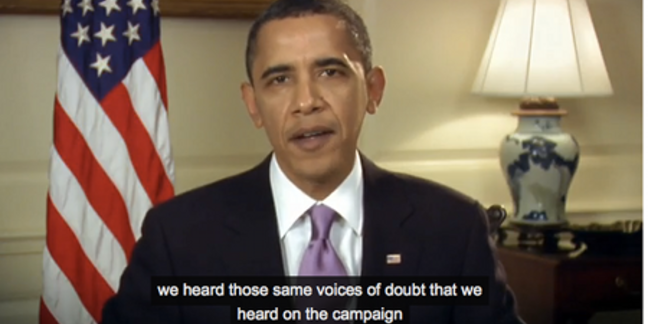 Speaking at the CeBIT conference in Sydney, Australia, today, Reed said he encountered the the term “Big Data” in 2007 when it referred to a storage problem.

“We used it in 2007 because it was hard to store data,” he said. “People who did it were doing it well.” But not everyone was doing it well, knew how to or had the tools to do so. Six years later, the likes of Hadoop and Hbase mean storing and preparing large volumes of data for analysis are no longer difficult problems, he said, but the term “Big Data” persists.

Reed would rather it had not come into such wide use, if only because he feels most people contemplating an investment in “Big Data” probably don't have enough data to qualify for the term as he understands it.

Rayid Ghani, who shared the Sydney stage and worked alongside Reed as Chief Data Scientist on the Obama 2012 campaign agreed, revealing that his personal domestic storage rig stores more data than he used in the election campaign.

That revelation led Reed to opine that few of the attendees at the event have enough data to qualify as “Big”.

“You probably have medium data,” he said, and the term “Big Data” has now come to represent analytics tools, not the data itself.

“Data on what car you drive was not very useful in the campaign,” he said. “We did not use that much private data.” More useful, Reed said, was simple data points like a response to the question “do you support the President?” With a response to that question and information on whether an individual had voted in the past in hand, the Obama campaign was able to identify a voter as someone worthy of their attention.

Reed also cautioned old people – anyone over 25 in his big-beard-chunky-earrings-and-thick-framed-glasses world – not to panic on the topic of privacy. Oldsters are uneasy with the notion that Facebook et al mines their data he said. Young folk have no such qualms, understand the transactions they participate in and are more familiar with the privacy controls of the services they use.

Oldsters, he said, haven't bothered to learn how to operate those privacy controls and as a result assume their privacy worries are universal.

“Let's not project our fears onto others,” he said. ®

UK MPs fume after Huawei posts open letter stating: 'Disrupting our involvement in the 5G rollout would do Britain a disservice'

Full of beans? Sadly not as fellow cracks open tin at dinner to find just one