Mozilla teams up with Foxconn for Firefox 'fondleslab' 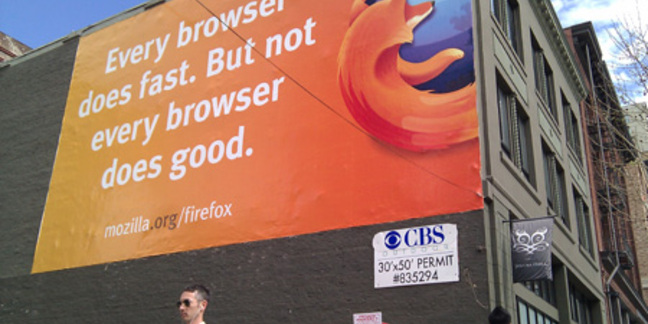 Mozilla is working with Apple hardware-maker Foxconn to release a mobile device running Firefox OS, it told news outlets on Monday, and plans to unveil it at an event next week.

The foundation told Reuters it had teamed up with Hon Hai Precision Industry Co on the device as part of its global expansion plans for the operating system. Local news service Focus Taiwan has reported an "industry insider" as saying the device is a tablet, although we could not immediately confirm this.

Mozilla announced at Mobile World Congress back in February that it was teaming up with operators to introduce devices running the Firefox OS including ZTE, Sprint and Alcatel. The first mobes, the Keon and Peak, made by Spanish startup Geeksphone, came out at the end of April.

Foxconn has been looking to reduce its dependence on Apple, its biggest customer, as Cupertino has reportedly been placing fewer orders for iDevices in the wake of stiffer competition from the likes of Samsung.

Mozilla had not returned a request for comment at the time of publication. ®