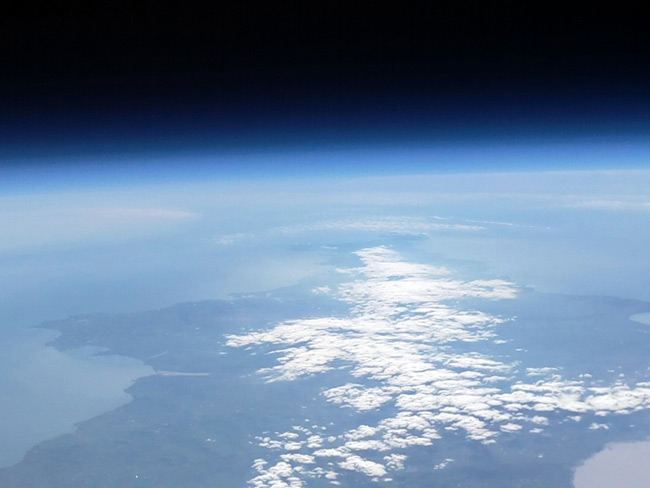 Devon and Cornwall from an altitude of 38.9km at the weekend

Regular readers will know Dave's been honing his high-altitude Pi skills since first getting his hands on the diminutive computer last year. His PIE1 payload returned live webcam images via Slow Scan Digital Video, while back in March the Pi-powered Tardis - which we described as "a geekgasmic combination of ARM power and Time Lord tech" - hit 35,409m while similarly beaming back snaps from aloft.

Last month, Dave acquired a preproduction example of the eagerly-awaited Pi camera, and wasted no time dispatching it on a high-risk flight over Europe. The payload went AWOL somewhere over France, while a simultaneous mission by fellow LOHAN chap Anthony Stirk ended in a dramatic mountain rescue of his kit from the slopes of a snow-capped Austrian peak.

For his latest stratospheric tomfoolery, carried out over the weekend, Dave nestled a model A Pi and another preproduction camera into "a foam replica of the Raspberry Pi logo". 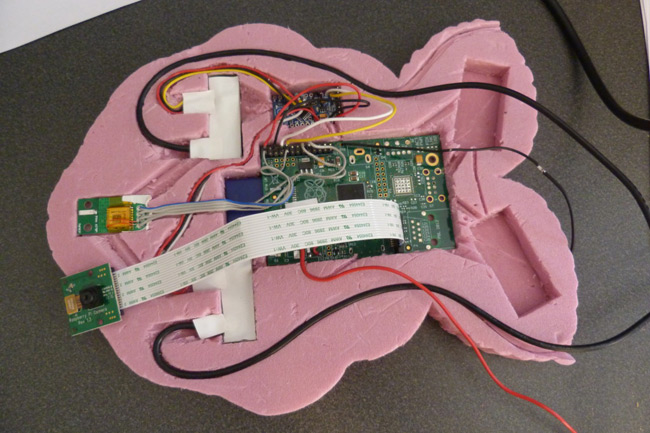 The aim was to beam back images from even greater heights than the PIE1 mission, which soared to 39,994m. The Pi was programmed to take three pictures a minute - low-resolution for transmission via one radio channel, medium-res for dispatch via another radio channel, and high-res for storage on an SD card.

On Sunday, under fair skies, Dave released his fruity payload from Blighty's Baikonur in Berkshire. 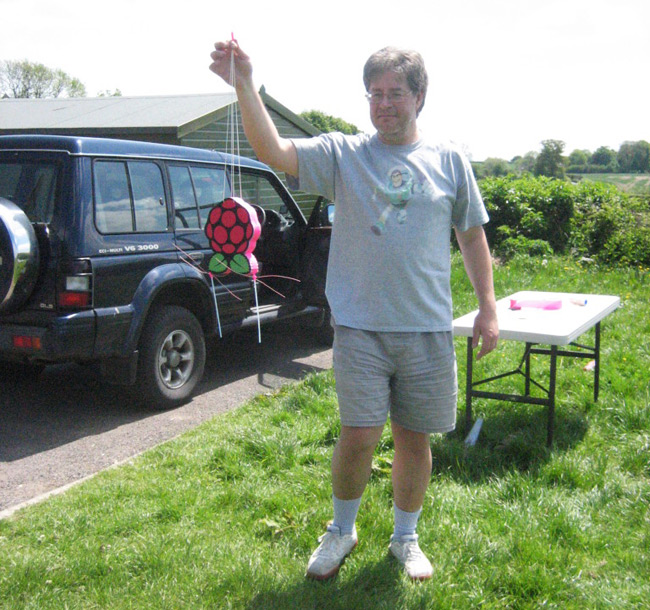 Fruity goodness: Dave and his Pi payload at Blighty's Baikonur

The radio transmitters behaved themselves during the flight, returning both low-res... 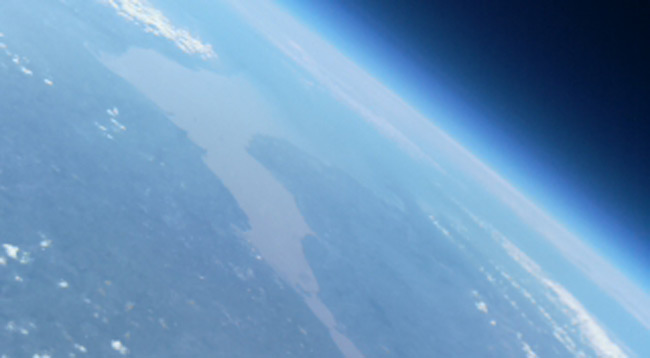 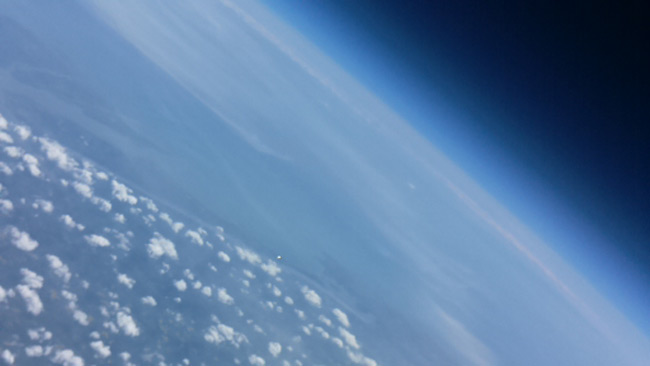 Medium-resolution for your viewing pleasure

In the end, balloon burst at 39,441m - shy of the PIE1 peak. "That's Chinese rubber* and QA (or lack thereof) for you," Dave sighed. He explained: "The peak altitude was lower than my first Pi flight which had a smaller balloon and much more weight. The latest flight actually reached the calculated altitude - the earlier flight exceeded its specification by a large margin."

The payload finally came down a few miles west of Swindon, but it didn't grab any snaps of that fine Wiltshire town, since it was directly above with the camera facing more picturesque views. Dave noted: "If you have to go to Swindon it's best to do it from 39km whilst looking somewhere else." 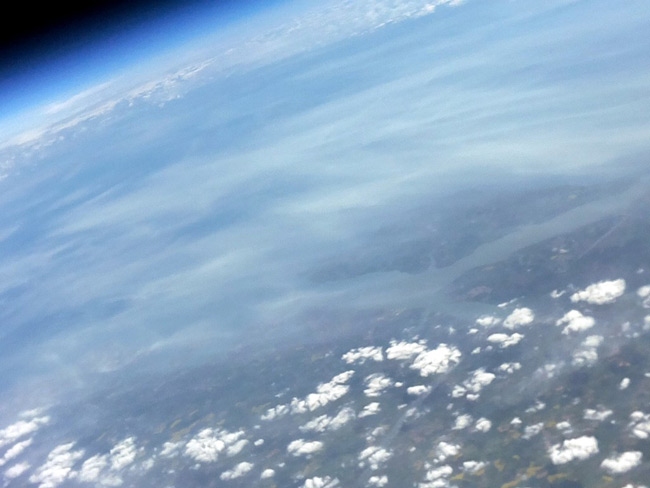 There's more on the flight, plus full-sized images, right here. We once again raise a glass to Dave and his Pi shenanigans, and thank him for permission to reproduce the images. ®

And anyone confused by the headline has either obliterated all memory of Tom Jones or needs to watch this.