Google on advertising-funded cesspools: We don't like them either

Did you know that Lexus marketing money has wound up in the hands of a bestiality video website? I certainly didn't either, and it's a sure bet that Toyota Motor Company, which owns the Lexus brand, didn't mean that to happen. But it's just one striking example of how multinational companies help fund the web's darker side.

David Lowery, the independent musician, producer, business lecturer and editor of the Trichordist blog, presented the evidence last night in a discussion on the subject of brand-supported "dark side" websites at the University of Westminster. 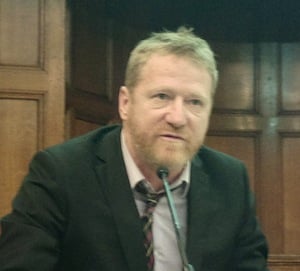 Typically, the brands themselves don't know they're helping enrich the dark side. When Levi's was told it was supporting pirate sites, it promptly told its ad agency to cut the funding.

As Lowery points out, however, after trawling terabytes of evidence:

"I've never seen Coca Cola or Apple advertisements on a hardcore pornography or pirate site. If Apple can control it, so can others."

Lowery doesn't see control of advertising money as a panacea but "a nudge to consumers". The dark sites only work because of the scale of the traffic, he says, "so let's break them up into smaller pieces".

The Camper van Beethoven and Cracker frontman isn't a hardliner on intellectual property rights. He describes himself as "ambivalent about informal file sharing", and even used early file sharing sites himself to distribute live recordings. But he's baffled why the "low-hanging fruit" of commercial, money-making, advertising-supported piracy flourishes. In a previous life Lowery was a quants guy - he has a maths and programming background - and he thinks the complexity is deliberately constructed so nobody carries the can.

"When things get complex it's typically to hide some institution from liability," said Lowery. "In finance, there's a saying: 'Complexity is fraud'".

For his part, Google's Theo Bertram welcomed initiatives to "drain the swamp of dodgy networks, dodgy agencies and dodgy sites", and said a framework developed in partnership with the British Phonographic Institute and the IAB would be revealed shortly.

"The IAB has been great," said Geoff Taylor of the BPI, "and Google is helping".

That sort of talk often leads to harsh criticism on free-speech grounds, but Lowery was having no truck with that.

MusicAlly has a detailed report on the discussion, here. ®