No pressure then. Plus, second time around for Costa Rica

HPC blog The 2013 International Supercomputing Conference (ISC’13) Student Cluster Challenge (SCC) in Leipzig will be a truly global competition, with universities from Europe, China and the United States vying for HPC bragging rights and, yes, glory too.

Student teams will race their home-built clusters to see who can achieve the highest performance on a range of scientific applications and benchmarks. The only constraint is electricity – they have to stay under the 3KW power limit. Aside from that, it’s no-holds-barred. Teams are allowed to run whatever hardware they can beg, borrow, or steal from their system sponsors. They can also choose their own software stack, including compilers and operating systems.

(Want to learn more about these competitions? Here’s a handy guide, and here’s a look ahead at the 2013 competition schedule.)

Rounding out the field for the ISC’13 Cluster Challenge are two teams who are travelling a long way to participate in the Leipzig KlusterKamph. Let’s take a closer look: 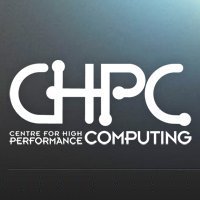 The team from South Africa’s CHPC (Centre for High Performance Computing) is breaking a lot of new ground this year. Not only are they the first team from the CHPC, they're also the first team to ever represent the continent of Africa. The story of how the team was assembled and trained is a great illustration of how these competitions bring new people into HPC and how they help to form partnerships between the industry and future HPC leaders.

The process started with CHPC leaders realising they needed to do more to attract young, talented people to HPC. Many students view supercomputing as an intimidating course of study. They need to learn a lot of science, math, computer science, and other difficult concepts, and much of this learning happens before they’re even old enough legally drink alcohol. It’s a big hill to climb, and most students don’t feel they’re bright enough to make the grade.

Happy Sithole, one of the CHPC founders and a current director, had observed previous student cluster competitions (I think he was a judge at one of the ISC or SC events) and recognised that these events could help raise the level of South African HPC in several ways. First, competing in an SCC would give South Africa’s current HPC/science students a way to showcase their skills and increase their confidence with some real-world HPC experience. Second, the competitions would help attract new students to HPC and science-related coursework and, eventually, careers.

To get the ball rolling, the CHPC organised their own intra-country competition; the first competition took place at the CHPC annual meeting in December 2012. Five universities sent four-member teams who competed on HPL, OpenFOAM, and NAMD workloads. The teams were playing for more than fun and bragging rights – the students on the winning team (along with two worthy competitors from other teams) would represent CHPC at ISC’13.

Dell generously provided the hardware for the local South African competition and will be the main sponsor for the ISC’13 CHPC team as well. But Dell’s support is over and above what we typically see in these competitions. After the winning team was selected, Dell brought the team members and coaches to Dell’s Austin HQ for a visit and extended discussions on system architecture, accelerators, and other HPC topics. The team also received a tour of TACC (Texas Advanced Computing Center) and a heapin’ helping of Rudy’s BBQ to boot. (Here’s a story on the visit from the TACC newsletter.

So how will Team South Africa do? Hard to say. They’ve gained some experience by winning the first intra-country challenge, and they’ve also had the benefit of training and support from Dell. But it’s the first time this team will take part in a big international cluster-off, where they’ll come up against teams with high levels of both expertise and experience. 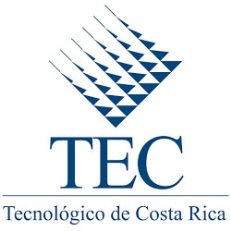 The Costa Rica Institute of Technology (TEC) is launching the Rainforest Eagles 2.0 team toward Leipzig. Sponsored by the HPC Advisory Council, this is the second time TEC has fielded a cluster competition team. Their first outing, at SC11 in Seattle, was marked by drama. The team’s sponsor dropped out at the very last minute, shooting down the Rainforest Eagles (v1.0) by removing their hardware and the funding needed for their long trip.

Gilad Shainer, in his dual role as head of the HPC Advisory Council and Mellanox VP, sprang into action and saved the day. He made sure the team had both the travel money and hardware they needed to compete in Seattle. The team overcame adversity by quickly getting up to speed on the new hardware (some of which they hadn’t used before) and a different software stack.

While they didn’t win the competition, they soldiered on and completed all of the appointed tasks. Throughout the event, this was a team that never gave up and always seemed to be smiling, particularly when there wasn’t anything to smile about.

The Rainforest Eagles v2.0 should be in much better shape. They’re being sponsored by the HPCAC right out of the gate this time, so their hardware will be sure to make the trip.

One of their goals is to expand HPC skills and usage at TEC and in Costa Rica in general, so the major focus is on learning more about HPC and honing their skills in the competitive environment of an SCC.

While TEC is an underdog when it comes to taking the gold at ISC’13, some nuggets I read in their competition application lead me to believe that they’re going to be a solidly competitive team in Leipzig. But like my grandmother used to tell me, “Engineers like to solve problems. If there are no problems handily available, they will create their own problems.” I think grandma stole this line from Scott Adams, creator of Dilbert, she always was a bit of a plagiarist.

This article completes our profiles of the entire ISC’13 Student Cluster Challenge field. Very soon you’ll have a chance to put some money (OK, virtual money) on the team you think will win the KlusterKamph Championship and Highest LINPACK award. Stay tuned for that and the rest of our KlusterKamph competition coverage. ®