'Make the UFOs sound like they're from outer space, mkay?'

The grid-like layout of the player’s opponents is said to have been inspired by the wall in Breakout.

Nishikado would later claim that “the programming, the concepts, the characters, the graphics, the production, the hardware - I took care of all of it on my own”, though he admits the sound design was handled by a colleague. “The actual audio source was developed by someone else, but I did request that the sound of the approaching invaders be a deep sound like a beating heart,” he told USA Today. “I also wanted the UFOs to sound like they were from outer space.”

The biggest challenge, however, was the hardware.

“The hardest part was the development of a microcomputer,” Nishikado told Edge magazine a few years ago. “Microcomputers were hardly used at that time in Japan, so we had to create one from scratch. I could almost say developing the microcomputer was harder than developing the game itself. These days, we have personal computers to rely on, but there was no programming environment back then. So I had to create everything by myself. I created a development device, wrote a part of the game that runs on it, and then created more devices along the way.” 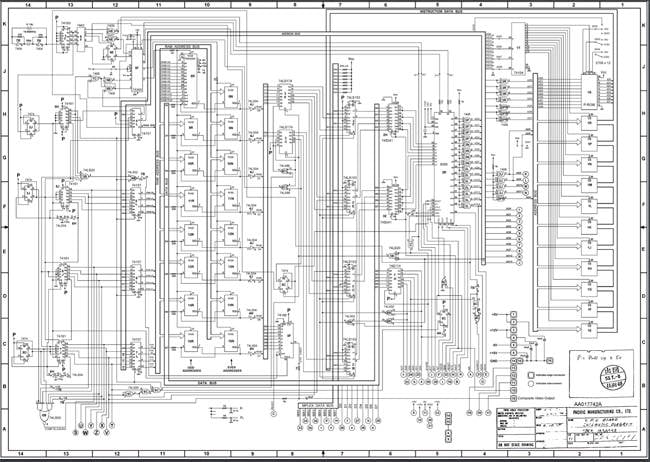 Nishikado built his board around Intel’s 8-bit 8080 processor. All of his previous games were powered by discrete logic chips, rather than a central processing unit, however freelance engineer Dave Nutting used the 8080 in his 1976 remake of Nishikado's Western Gun for the game's US licensee Midway. Nishikado was impressed with the performance boost the microprocessor gave the game.

“As a game, I thought [Taito's] version of Western Gun was more fun," the Japanese engineer later said. “But just from using a microprocessor, the walking animation became much smoother and prettier in Midway's version.”

Still, the 8080 lacked the grunt to manipulate colour graphics, but that low horsepower serendipitously helped define the tempo of the game. Each invader zapped meant one less sprite to track and animate, reducing the processing overhead and thus speeding up the animation. The upshot: a stately shuffling of aliens who increase their pace until a single monster is left racing left and right across the screen.

The bass "heartbeat" of the invaders’ movement was generated by a mix of analogue amplification and the output from a Texas Instruments SN76477 sound chip. With the sound tied to the step-by-step movement of aliens across the screen, quicker steps meant more rapid bursts of sound. What else could the player’s own pulse do but race with it? 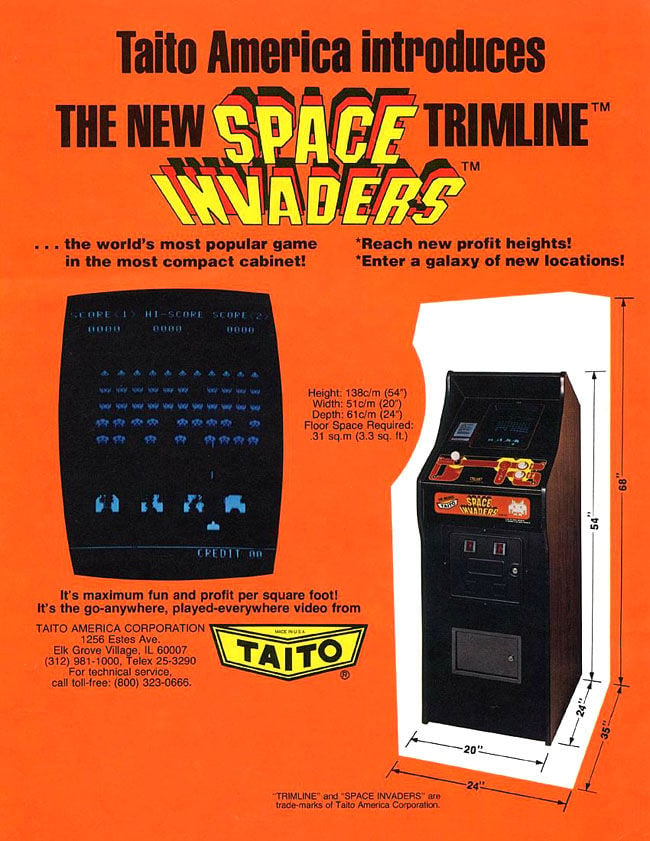 That hypnotic, ever increasing beat explains the game’s draw and its success. All early arcade games challenged players to try again for a higher score, but Space Invaders was particularly good at stimulating the gamer’s adrenaline response.

No wonder Japanese kids couldn’t stop themselves stuffing ¥100 coin after ¥100 coin into Taito’s machines, which began to appear in cafes and arcades in the late spring and early summer of 1978. The much-reported story that the Space Invaders craze led to a national shortage of 100-yen pieces might be nothing more than an urban myth - or the invention of a canny Taito PR operative - it nonetheless demonstrates the popularity of Nishikado’s game.