Adopting the device tree approach should make it much easier to support new hardware on the Black, which is why Beagleboard decided to adopt it with 3.8. But the immediate cost is incompatibility with some existing capes, with software modules like those I've already mentioned, and with many of the user-community guides and tutorials newcomers rely on to get them up to speed with programming their boards. 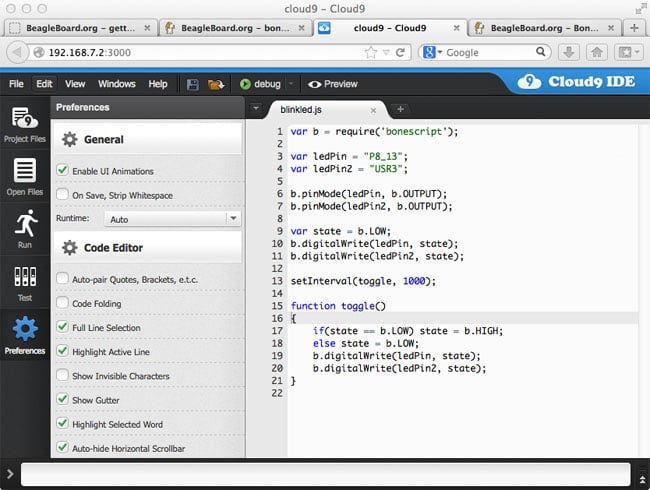 It's possible to downgrade Angstrom - or use an alternative distro, of course; more on this below - to regain previous Beaglebones' kernel 3.2 and, with it, compatibility with existing modules and add-ons, but kernel 3.8 and the device tree are the future for the Black and its successors.

The Black's AM335x processor incorporates a sub-processor supporting ARM's NEON SIMD (Single Instruction, Multiple Dispatch) engine. With the right software, this can be used to accelerate video coding. By contrast, the Pi's ARM-compatible Broadcom BCM2835 SoC has on-board H.264 encoding and decoding hardware with 1080p support out of the box, which will be of more use than NEON to general users and to media-centre builders in particular. Its HDMI port also supports 1920 x 1080, whereas the Black's will only reach 1280 x 1024. HDMI is the Black's only audio output too.

The AM335x is set to clock higher than the Pi's chip can go - 1GHz compared to 700MHz - but it's possible to manually clock the Pi up. It's worth remembering though that if you've tried the Pi and found it a tad tardy, that's most likely because you've been running its GUI which is handled entirely by the CPU not the integrated GPU. 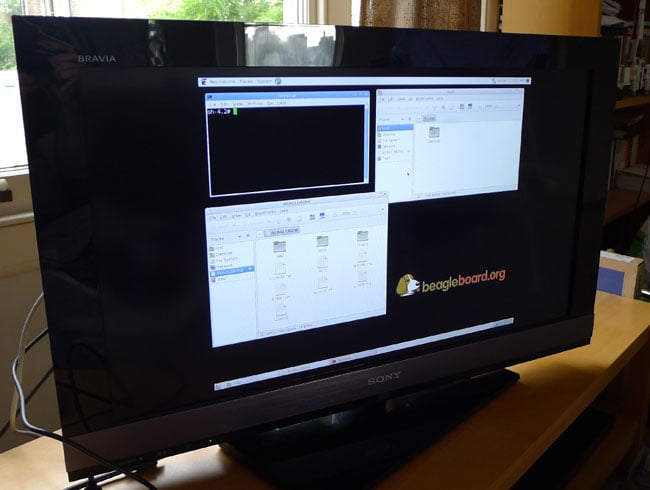 The Pi Foundation - the British charity that designed the $35 board - is working on a fix: porting the Wayland graphics engine to the BCM2835 will make use of the chip's GPU and, if a tech preview is anything to go by, will make the Pi desktop much more responsive. It won't be ready for public consumption until later this year, but it means you may not need to replace your Pi if its current desktop slowness is getting you down. I'll be honest: this has been bugging me, and it's one of the reasons why I was so keen to try the Black. The Black's desktop animates more smoothly, but performance is overall quite Pi-like.

You'll probably want to try the Black if Android is your thing. There's a working version of Jelly Bean available for the Black, provided by Texas Instruments in support of its Sitara SoCs. On the Pi, Android is languishing in dire need of an official Broadcom port which should include the hardware acceleration absent from the various barely useable ports based on CyanogenMod ROMs.

The other mainstream OS choice is Linux, which is well supported by various ARM-compatible distros for both boards, plus there some other compatible OSes, too: QNX on the Black, for instance, and RISC OS on the Pi. 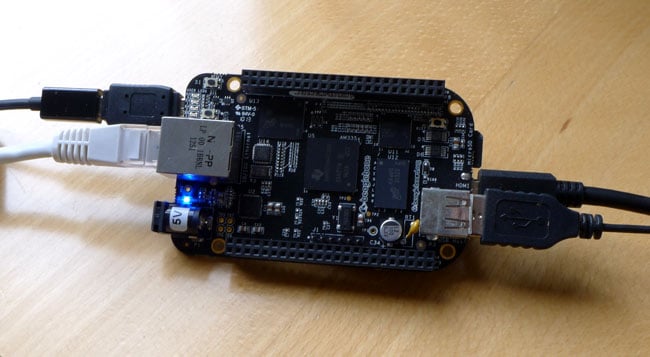 A separate USB hub is essential

It's barely worth talking about price when the Black and the Pi are as cheap as they are. Just looking at one UK seller, RS Components, the Black is £31.65, the Pi Model B £31.20. If you plan to hook either up to a TV or monitor and use it as a desktop computer, the cost of adding the extras is much the same. You'll certainly need a USB hub for the Black, but the Pi requires an SD card, something the Black can do without thanks to its on-board eMMC.

As two variations on the same theme, the differences between Pi and Black are subtle. Your specific needs will guide you to one or the other, but generalists can adopt either - or both. The Black is clearly the more suitable device for hardware projects, the Pi the choice for low-cost educational computing.

That said, the two are largely interchangeable. Both are equally inexpensive, and have large, active user communities providing support and software for beginners and experienced users alike.

It may take Beaglebone buffs some time to catch up with the deep changes made to the Black's core software architecture, but catch up they will. Unfortunately, in the meantime, the Black will thus be less suitable for novices than the Beaglebone once was. ®

Ultra-cheap board computer that's a rival to the Raspberry Pi. Great for hardware hackers, but there are some gotchas for programming beginners.
Price: $35 RRP
Page: