The on-paper lack of performance is really only an issue when it comes to 3D gaming where, I suspect, optimisation issues also raise their ugly heads. The likes of Shadowgun, Dead Trigger and NOVA 3 run but only just, and playing an “only just running” game is no fun. The user interface, on the other hand, was always wholly fluid and 1080p video played perfectly in the stock Gallery app.

At 340g, the FonePad weighs the same as the Nexus 7 - or, to put it another way, two and a half times as much as a Sony Xperia Z. The FonePad's external dimensions are very similar to the Nexus 7 but that’s hardly surprising as they are built by the same company - Asus. The FonePad’s brushed aluminium back looks more stylish and feels more pleasant than the Nexus 7’s dimpled plastic posterior. 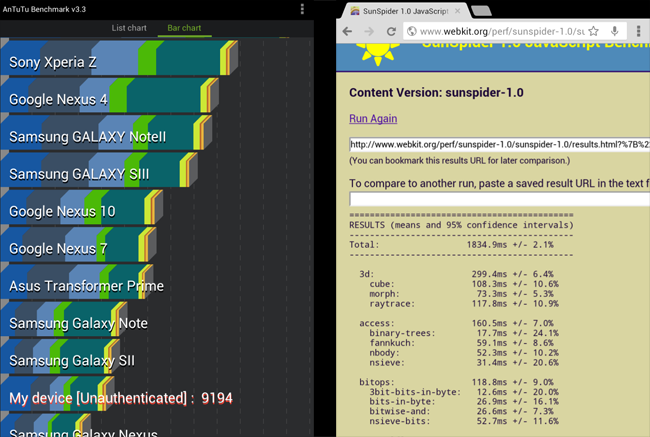 It’s a very sleek device too, the only extrusions being the slightly too small volume and power switches on the left, and the 3.5mm audio and micro USB ports on the bottom.

The SIM and memory cards live beneath a removable plastic panel at the top of the device. Every time I’ve encountered this design in the past, the panel has been a poor fit and prone to coming adrift accidentally. That’s not the case here. The cover locks firmly in place and is actually a bit of a sod to open.

When Intel first started sticking its Atom chips in smartphones there was much guffawing about the expected battery-draining power consumption but the opposite has proved to be the case. The battery life of the Razr i is among the best of any smartphone, and the FonePad repeats the trick.

I averaged two and a half days between charges despite a pretty heavy regime that involved me using the FonePad for all the tasks I’d usually split between my Razr i and Nexus 7. Looping a 720p video gave a run time of seven and a half hours, which is acceptable. 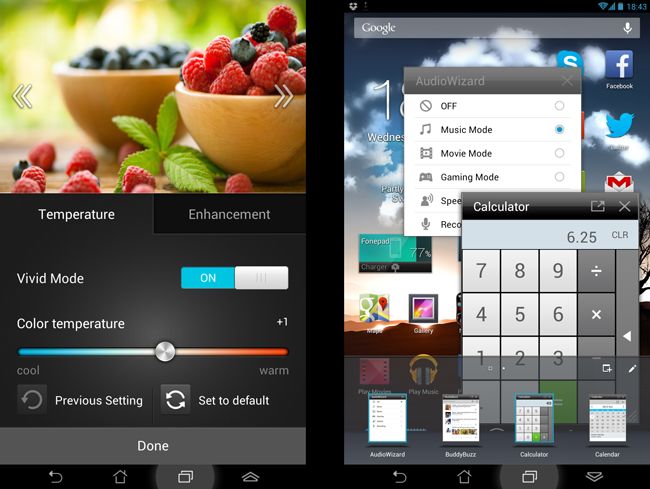 What separates the FonePad from most other Android slates - the odd Samsung aside - is the phone dialer and SMS client, which look and work exactly as they do on any Android smartphone, just bigger.

Hold the FonePad to your ear and you are going to look like a spanner, but appearances aside it works perfectly well as a phone. I’ve hardly got the hands of a navvy but could comfortably hold it against my head even for long conversations.

Thanks to noise-cancelling dual-microphones and a decent ear speaker, call quality was more than up to snuff. There’s even a proximity sensor so it knows when you're holding the thing to your mug. The main loudspeaker is less impressive. It’s on a par with the speaker in the Nexus 7 though that’s not much of a recommendation. 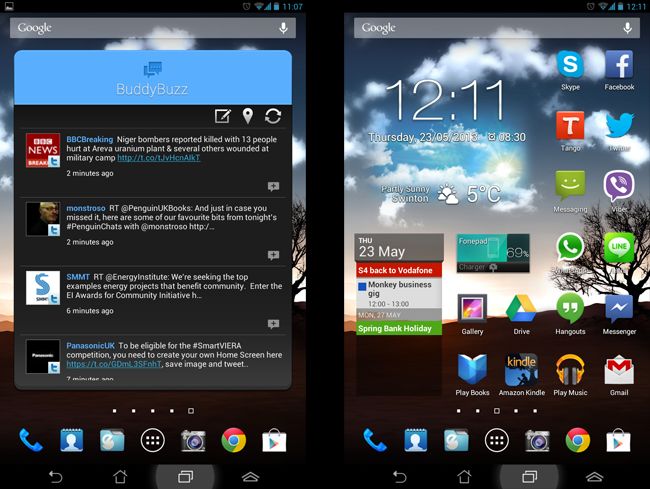 The benefits of a 7-inch screen for e-reading and the like are self-evident and hardly need to be spelled out. That’s why iPad Minis and Nexus 7s sell by the shedload. Where the FonePad’s extra screen space comes into its own is when you're running messaging apps. The likes of Skype and Tango simply look better on a large screen, especially when it comes to video calls, but some over-the-top apps like WhatsApp (so called because they piggyback someone else's network) will only work on a device with a SIM card.

Next page: Replace two gadgets with one
Page:
Corrections Send us news
76 Comments