You don't have to be quite such a froth-mouthed free marketeer as I am to think that perhaps this is a result of government fucking up in some manner. And it is so: it is in Venezuela that an app has been launched to aid in finding that paper of sweet relief.

As the Telegraph puts it:

Toilet roll has been in short supply in the South American country in recent months, with economists blaming price controls imposed by the government.

The new programme, launched last week, uses crowdsourcing technology to enable users to let each other know which supermarkets still have stocks of the tissue.

Called Abasteceme – "Supply Me" in English – the free Android app has already been downloaded more than 12,000 times.

The Spanish-language app is here at Google Play. 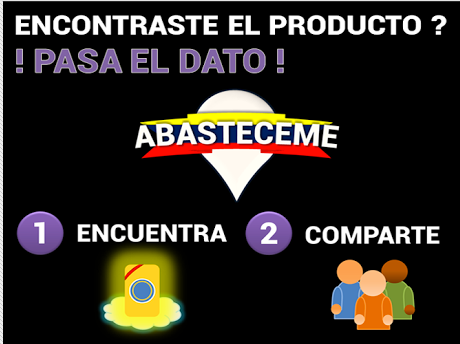 I assume that there's not a version for iPhone users as we all know theirs doesn't stink.

I'm entirely used to the idea that there are places in the world where they don't have bog roll: there's plenty of places poor enough that you have to make do with a handful of sand. I'm also used to the idea that there's places rich enough to have wondrous phone networks with mobile internet and local developers creating apps. I'm just very surprised that there's a part of the world that seems to have the apps and not the paper.

There are two conflicting stories here about why this shortage is happening. There's the president, Nicolas Maduro, insisting that it's all a result of the capitalists hoarding the stuff to make him look bad. Indeed, last week, the state media trumpeted the fact that specialist investigators had uncovered a cache of 2,500 rolls of the stuff.

Then there's the economists, who are saying that because the State has fixed the price so low, no one is willing to either make or import the stuff at a loss. Believe who you will there, although I'm going with the idea that capitalist revolutionaries would be causing a bit more damage than just sticky arses.

As that froth-mouthed free marketeer, though, there's an important underlying point. Even I don't think that the free market unadorned always works in quite the way we'd want it to. I'm quite happy to agree that there are times when markets fail, when they're absent, or where they're very misleading indeed (say, over the incentives to pollute, externalities and all that). But on the flip side, I'd also insist that there are indeed times when those free markets, pure and unadorned, do indeed work just fine. Like in keeping the basics of modern life, the flour, cooking oil and loo roll that this app tracks through crowdsourced knowledge, on the shelves.

It might even be that some people in that country are too poor to pay the prices demanded for that available toilet paper. To which the answer is give them more money to purchase it, don't screw up a functioning market by freezing the price so that no one can get it. ®