No, Apple hasn't released it yet, but that doesn't stop intrepid devs

Screen grabs Bashing the design of Apple's upcoming iOS 7 may be all the rage, but the pile-on has been limited to the iPhone and iPod touch versions, since the iPad version has yet to be released. Thankfully for Apple haters, however, that's now changing as screen grabs taken from the iOS 7 developer simulator begin to appear on the interwebs.

At the rollout of iOS 7 last Monday, Apple said that developers would receive a beta of the iPad version "in the coming weeks" – if you wanted even a peek at what iOS 7 would look like on the iPad, you had to scroll all the way to the bottom of Apple's iOS 7 promo page.

But now some devs have managed to get the iOS 7 emulator for the iPad up and running – a 9to5Mac reader explains how – and screen grabs of the not-ready-for-prime time tablet OS are beginning to appear.

On the German website apfelpage.de, for example, you can find a set of nine screen grabs, some of which demonstrate the translucent layered effect that Apple's software engineering chief Craig Federighi described as intended to give "context" to UI overlays.

Interestingly, one of those overlays – Control Center – shows in apfelpage.de's screen grabs a flashlight button, which in the iPhone version turns on the LED flash. The iPad has no flash, so the Control Center button is either a vestigial holdover from the iPhone version of iOS 7 that will disappear when the real iPad version appears, or it portends an LED flash in the next iPad iteration. 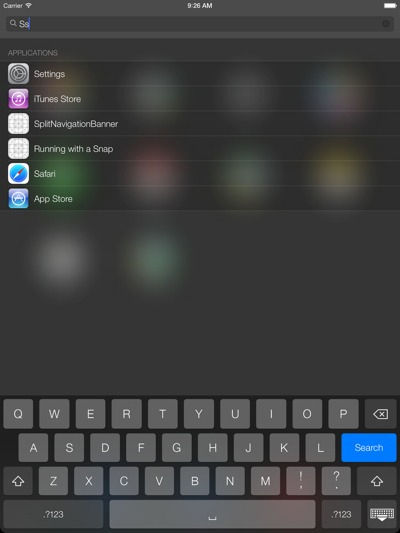 iOS 7's Spotlight search for the iPad, with a translucency layer showing icons beneath (credit: apfelpage.de)

Back at 9to5Mac you can find a total of 39 higher-resolution screen grabs of iOS 7 for the iPad as tweeted by developer Sonny Dickson. Some are exceptionally dull – numbers 27 and 35 being our particular favorites – but others provide a peek into the new Maps app and the new look for Game Center. 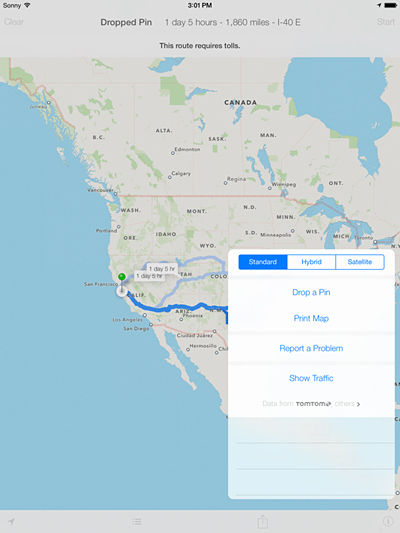 The iOS 7 Maps app has a simple, flat design devoid of bells and whistles

In Dickson's Twitter Media Gallery, you can find the log-in page for iOS 7's Game Center, which is a far cry from Game Center as it appeared in iOS 5 and 6: 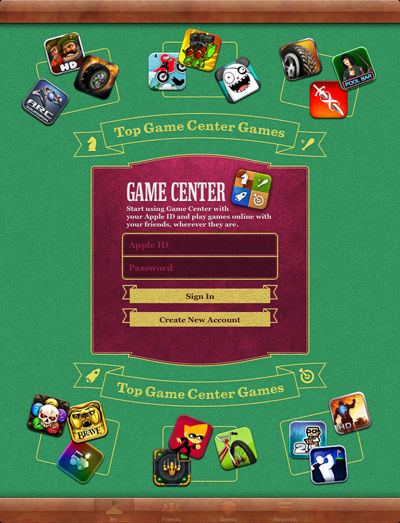 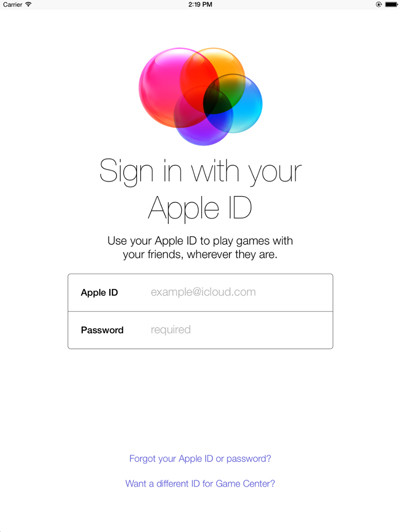 You can ridicule iOS 7's in-progress interface all you want, but this Reg hack, for one, is mightily glad to say goodbye to the silliness that is skeuomorphism. ®